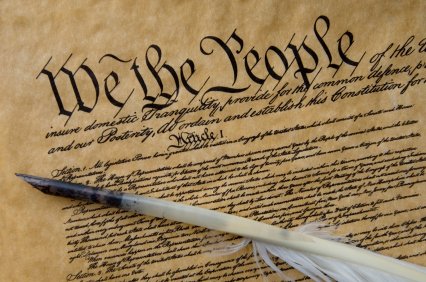 A great many people – especially conservatives – reverence the Constitution, consider that it has been abused and that if only the doctrines expressed within were revived and respected, all would be well with America again.

This, of course, is a kind of children’s bedtime story – and approximates reality to about the same degree as the story of the Three Little Pigs.

The Constitution was peddled and imposed on us by men like Alexander Hamilton, a grasper after power who very openly loathed the ideas expressed by men like Jefferson in his Declaration (and even more so in his Virginia and Kentucky Resolutions). 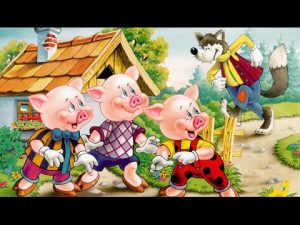 Hamilton and his faction – they were called Federalists, which meant then what it means today – intended to create a centralized government on the British model, but without a hereditary monarch. The Bill of Rights was just barely added, in order to sooth the (rightly, as it turned out ) suspicious, such as George Mason of Virginia.

At any rate, the fact remains that the Constitution was written with great calculation by lawyers – who are trained in and well understand the meaning and potential use of words – in such as way as to assure the expansion of federal power via (among other things) the purposely open-ended Commerce Clause and deliberately nebulous phrases such as “general welfare” that can be – and have been – interpreted to mean . . . anything those who control the levers of the federal government wish it to mean.

Including – as actually happened during the Roosevelt Years – that a man farming on his own land whose produce never leaves his land let alone the state is nonetheless subject to federal regulation, because his actions “affect” Interstate Commerce.

In the same manner, Americans are forced to pay for other people’s retirement (and in their turn, forcing others to pay for theirs) and this is characterized as a “contribution.”

Regardless – the debate ought not to be over a piece of paper and what it does or does not legalize. A thing can be morally vile and entirely legal. The debate ought to be over the question of rights vs. conditional privileges. And whether the immoral can ever – rightfully – be lawful. 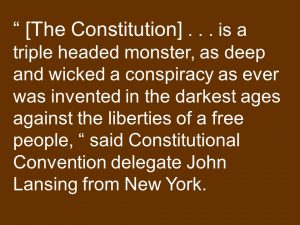 Does a man have an absolute right to be left in peace, so long as he himself is peaceful – or not? If not, then we do not have rights but conditional privileges, subject to modification at any time – and morality is merely a question of legality. In which case, the Israelis did Adolf Eichmann a grievous injustice when they hanged him for doing as German law required.

The Constitution is an immoral document. It explicates a litany of conditional privileges, subject to modification at any time. That this is done in an orderly manner, via “constitutionally” prescribed mechanisms, does not make the doing of it morally legitimate.

It merely legalizes it.

Slavery, to whatever degree, remains slavery.

The Constitution articulates in flowery prose the means by which rights are to be suborned and transformed into conditional privileges; for example, the gauzy “will of the people” will be “represented” by a handful of actual people called politicians and bureaucrats and judges – whose opinions become binding on “the people.”

But this is lawyer-talk. There is no “people.” No single body, imbued with a single consciousness and – morally, the key point – unanimous in its feeling, capable of giving unanimous free consent to an action of the government. Without such unanimity and free consent you have the trampling of the will of individual people, which is contrary to their rights and which therefore can never be moral. 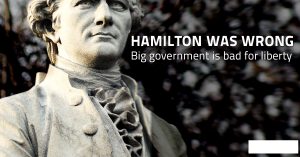 This idea that the otherwise immoral act – when performed freelance, by an individual – becomes not merely legal but moral when it is done via “representatives” of “the people” or via the false proxy of the ballot box is the despicable doctrine at the very core of the immoral Constitution and its intended subordination of the individual.

It is responsible for everything the authors of the thing intended – and what they intended was unlimited government. A government which may-  in principle – do anything it likes, so long as it is done via “the people’s representatives” and after a vote on the matter.

Is this not abundantly the fact? Is there any sphere of our lives which the government may not, in principle, probe? You may not even take medicine to ameliorate the ills of your own body without the government’s supervision – and punishment, if you take issue with its prescriptions. The government asserts ownership over your body.

You are not free to associate.

You are not free to say “no, thanks.”

The government can do whatever it likes, so long as a law is passed or a judge decrees.

It is not accidental.

But it can be rooted out by insistence upon the use of plain, simple language not subject to “interpretation” – i.e., the sort of clear, precise language lawyers such as those who wrote the Constitution do their best to avoid using, in order to use language against us.

“The people” – it sounds dreamy – have no “will” – and are certainly not sovereign – because no such creature as “the people” exists in fact; the term is a rhetorical device used  by lawyers to legitimate the trampling of the rights of individual people – who do exist and have rights. These must be respected – morally as well as legally – else they are merely conditional privileges subject to modification or outright revocation at the whim of any politician, or group of them – or court – which declares it is acting on behalf of “the people.” 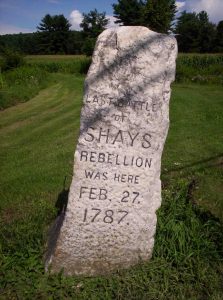 Hamilton desired a “vigorous” central government, wanted to hang Americans who questioned the moral right of the federal government – of any government – to steal their property. Supported slavery – so long as it was done according to legalprocess and called by another name.

But that is mere history.

The question at hand – whether here in the United States or anywhere on this Earth – is whether the individual has rights that others are bound to respect – morally as well as legally.

Is your physical body is your exclusive property – to do with as you see fit? If it is, then you are a free man. If it is not, you are a slave – the degree of your slavery being morally (as well as logically) immaterial. 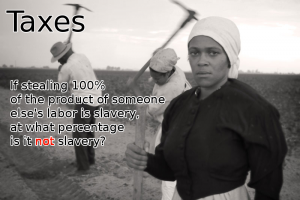 Theft is theft. Rebranding legalized theft as “taxes” doesn’t change the nature of the thing. A person’s property is taken from him by violence. This is theft, by whatever name.

Moral human interactions are either voluntary and consensual – the concept of free association – or they are not. When a man is forced to interact with other men in any way whatsoever, he is no longer a free man.

Do you agree  – or disagree – with the proposition that the only moral basis for interfering with any man is when he causes tangible harm to the person or property of another free man?

If you do not agree, then you believe in conditional privileges  . . . as articulated in the Constitution.