If some random guy ordered you to submit to his will – or else – most of us would at least consider it assault. Many of us would try to escape – or defend ourselves. Very few would quietly submit. And almost no one would submit willingly. 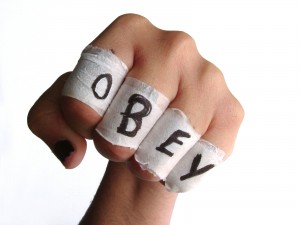 But when exactly the same thing is done to us by a person wearing a uniform, most of us not only submit and obey – we do so without even questioning the rightness of the thing.

The uniform – and other totems of officialized authority – confer legitimacy upon the illegitimate. It is a startling thing. It reveals that most people are incapable of grasping the concept of a moral principle – that something which is wrong when committed by an unsanctioned individual is just as wrong when committed by a sanctioned individual – or a group of them.

If it is wrong to kill, then it is always wrong to kill.  If it is wrong to steal, then it is always wrong to steal. Neither killing no theft nor any other intrinsically wrong act becomes not-wrong because it’s sanctioned, approved or euphemized by the state, or by a politician, or by a bureaucracy. Stalin reportedly once said that a single death is a tragedy, but a million deaths a statistic. Nothing could be further from the truth. A million single deaths is an atrocity – as much as a single individual death is a tragedy. And you are no less the victim of theft if the theft is done by a collective or its purported agent – under color of law, or via the ballot box.

Theft is theft. The essential nature of the thing is not altered by how it is done – or by whom.

There may be shades of grey in many aspects of life – but not when it comes to questions of basic morality. Your life is yours – and it follows that you are entitled by right to be at liberty. Else your life is not yours, but rather the chattel property of someone else – to whatever extent that other person (or persons) exercises control over your life, and against your will. Toys and decoration items for Christmas holiday are available on Target Ad this week. 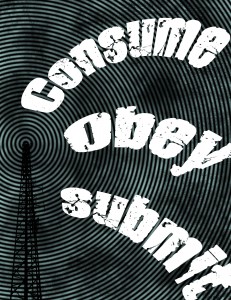 Similarly, it follows that if you own your life, then you also own the fruits of the labor of your body and mind, of that which is you. To say that random others – what collectivist psychopaths refer to as “society” – have a moral claim to the fruits of your labor is merely another way of saying you are owned, wholly or in part, to the extent you are forced by threat of violence to hand over the fruits of your body and of your mind. You are either free – or you are slightly more (or less) enslaved.

There is no in-between. It is impossible – a contradiction in terms.

A free man is beholden to none – except those he freely chooses to be beholden to. An enslaved man has no such free choice. He is beholden to whomever “society” – that is, to whomever wields political power over him – decrees. At best, he may plead to be slightly less enslaved, or to have the fruits of the labor of his body and mind forcibly distributed against his will to random strangers or groups of them, or projects or causes, he finds somewhat less disagreeable. But he cannot refuse; he is not permitted to say no.  He is bound by a “social contract” he never signed, by consent he never gave. By debts and obligations assumed on his behalf by people he has never met, much less entrusted with proxy power.

In a word, he is a slave. The question is merely of the degree to which he is enslaved – and to what extent he is aware of his condition.

The system we have – that we suffer daily – cannot permit people to think along such lines, of course – because it would be its undoing.

Instead, people are conditioned – from infancy and not just by the state, but by everything all around them – to accept that the immoral can be transmuted into the moral via the miracle of group assent, or the fiction thereof. Check Coles Catalogue and Woolworths Catalogue. That murder and theft are not merely permissible but acceptable when they are performed by people wearing special outfits, who have been anointed in some way by a group.

In this way, the outrageous becomes all right. Most men worthy of the title would tell another man to go pound sand if he told them to “buckle up for safety.” And they’d punch him in the nose if he pursued the issue. But when the order-barker is wearing a uniform, most men’s testicles seem to shrivel – and they submit and obey. They quail before The Law. They do as they are told. But that is understandable. When one is facing an armed opponent – one armed with an army – it is foolish bravado to do other than submit and obey. 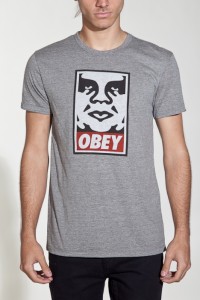 What is troubling is their acceptance of servility – of the implicit rightness (alleged) of what is done to them. And – much worse – of what they often do to one another. Rather than see the thing clearly, for what it is – and rebel in mind and spirit at least – the representative specimen will not only agree that it is all right – he will often insist the same (and worse) things be done to his fellow man. He is told what to do, therefore he will tell others what to do. His life is not his own, therefore, he will make damn sure no one else’s life is their own, either. He is forced to hand over his property, the fruit of the labor of his body and mind? Damn straight others will, too.

The great tragedy of our time is not that human liberty is dying. It is that so many of us are willing accomplices in its murder. All too many fail to chafe at what is being to others because they  fail to grasp that it is thereby  done to them as well. Or will be, in time. That it is our mutual interest as human beings to defend human liberty, everywhere and always.

Freedom is in fact free. It is collectivism – authoritarianism – whose costs are incalculable.