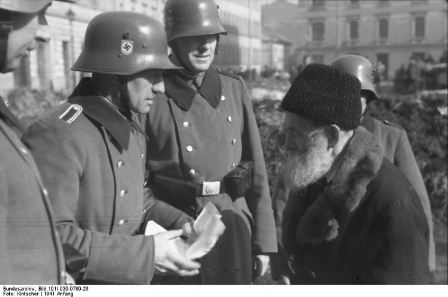 What will we say when the government announces that “for security reasons” it will begin conducting random checks of our homes? That we will be required by law to open our doors and stand aside while government agents do a walk-through, just to “be sure” and (of course) “to keep us safe”?

It is a serious question, not (as I will be accused of purveying) exaggerated or paranoiac. After all, we are already told specifically that we have no legal expectation of privacy when we’re out in public and it’s been implicit for years now that we have very little left in the way of Fourth Amendment rights anywhere – even in our own homes. See, for example, the recent Indiana Supreme Court decision that a homeowner has no right to resist even an illegal, warrantless and probable cause-free entry by cops. A cop, possibly psychotic, without doubt armed and packing the state’s authority to administer lethal violence – can literally kick in your door, for absolutely no lawful reason whatsoever – and if the homeowner resists, it is the homeowner who is in violation of The Law. If, say, you are asleep in bed and are awakened suddenly by the sound of your door being kicked in and you – fearing for your life – grab the pistol you keep by your bed and shoot the unknown berserker, it’s you who will go to prison!

“We believe,” said these latter-day Roland Freislers, that “… a right to resist an unlawful police entry into a home is against public policy and is incompatible with modern Fourth Amendment jurisprudence.” (Italics added)  “We also find that allowing resistance unnecessarily escalates the level of violence and therefore the risk of injuries to all parties involved without preventing the arrest.”

And of course, we are told that we must Submit and Obey at airports. But that is hardly the end of it. As predicted, submission training is being expanded to bus stations and Interstates. The Department of Homeland Security is deploying its VIPR (Visible Intermodal Prevention and Response) squads of khaki-clad, sidearm-wearing, black shirted American SA all over this land for the sole purpose of further routinizing random, probable cause-free searches and, of course, assaults on what used to be regarded by most people as their inviolable personal space. Get people to accept crotch grabs and they will soon accept anything. The government knows this – which is precisely why the government is doing this. There is simply no rational reason, for example, to herd people leaving a train or bus into a gantlet of cops for a session of Submit and Obey. Yet this has been done – is being done – and will continue to be done. Because it acclimates people to the unreasonable, the unfair – the abusive. It is the whole point of the exercise, you see.

Now then. What will be the reaction when the goons in Washington announce that “terrorists” are finding refuge in “safe houses” – private homes? There could be a Manhattan Project in your next door neighbor’s basement – perhaps in your basement… .

Far-fetched? Paranoid? Really? More far-fetched than crotch-grabbing 7-year-old white kids on the theory that their parents might be secret A-Rabs who perhaps bleached their progeny and outfitted said child with radioactive Underoos? Or demanding that crippled 80-year-olds remove their Depends for similar reaso

ns? Or that because there might be a drunk driver out there on the roads, every single driver who happens to be on the road automatically forfeits his (former) Fourth Amendment rights? Or that is now illegal – in Indiana, at least – to resist an armed intrusion by a costumed thug into one’s own home?

It is not paranoid – and far from being far-fetched – to imagine where this will all inevitably lead. We – enough of us to give the illusion of consent, at least – have already conceded the principle. That “security” justifies almost anything. And probably, very soon, everything.