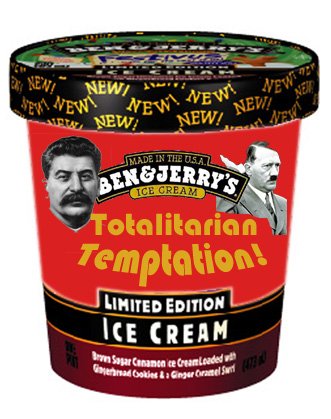 The Big Stuff – mass arrests, openly lawless government – necessarily comes after the Little Stuff. When people tolerate the Little Stuff, or lose their capacity to be outraged by it, the Big Stuff seems to be a natural, logical progression – which is of course exactly how it’s presented to the increasingly resigned, passively accepting populace.

When we – when the courts – sanctioned random stops on the roads a quarter-century ago, it set the precedent (legally and psychologically) for the universal, probable-cause-free TSA gropes of today – and worse yet to come (such as the “malintent” profiling that reportedly is being tested for deployment and not just at airports, either).

We’ll see a similar progression as a result of the Tenth Circuit Court of Appeals’ ruling last month that “talking back” is a sanctionable affront to the Person of a cop – and not free speech.

Miriam Leverington, a nurse in Colorado, was stopped by Officer Duaine Peters (author’s note – absolutely no relation) who had been running a radar trap to catch “speeders.” Like so many victims of these snatch and grab operations, Leverington was not happy about being stopped for no good reason – and dared to tell the cop exactly that. As she was handed her piece of payin’ paper, she said that she hoped she never had to have him as a patient.

This affront to the Person of the cop was not acceptable. The prickly “public servant,” his dignity wounded, took the special effort to find out where Leverington worked, then called the hospital and got her fired – claiming Leverington “threatened” him.

Is it not amazing how easily some of these burly “heroes” feel threatened by helpless, non-violent citizens, often females half their size and older people three times their age? And more, how disproportionate their response? (See in this vein the recent and largely ignored by the media body-slamming and choke-holding of people visiting the Jefferson Memorial in DC who dared to dance).

Anyhow. The slighted cop got Leverington fired from her job, costing her thousands in lost pay in addition to the hundred dollar-plus ticket. She decided to go to court to see whether her free speech rights counted for squat anymore.

Of course, they don’t.

The court ruled that only statements expressing (wait for it) “public concern” fall under the tattered remnants of the First Amendment’s protections. And of course, “public concern” does not include criticism of things the public might actually be concerned about, such as being fleeced by useless eaters in costumes running radar traps. In other words, mouth off to a cop and it’s open season – on you – and the courts will rubber stamp their approval of pretty much whatever the cop does.

Meanwhile it’s ok – protected free speech – to screech that “God Hates Fags” at private funerals. Because no affront to the Person of a government flunkie is at issue.

It’s of a piece with the recent ruling in Indiana that citizens have no right to resist an unlawful entry by police into their homes. Justice Steven David, writing for the court’s 3-2 majority, said if a police officer wants to enter a home for any reason or no reason at all, a homeowner cannot do anything to block the officer’s entry. The Indiana Times noted: ““On Tuesday, the court said police serving a warrant may enter a home without knocking if officers decide circumstances justify it. Prior to that ruling, police serving a warrant would have to obtain a judge’s permission to enter without knocking.”

In other words, if the cop wants your money, he’ll take your money. If he wants to bash down your door – and bash you in the head – he can do so. Provided he “feels” he has good reason, of course. And if you resist – even passively – or dare to talk back – it’s open season. On you.

All these Little Things will lead to Big Things, possibly very Big Things indeed. Not may. Will.

People watch the History Channel and marvel at the apparently inexplicable rising of the nightmare that engulfed Russia in 1917 – and Germany in modified form 15 years later. They think it could never happen here. America is exceptional. Special.”Our freedoms” are sacred, except they no longer exist in principle – and very soon, may not exist in fact.

It has taken events longer to progress here, but the process is no different and I suspect the end result will be much the same.