I have become a routine law-breaker.

Today, for example, I passed three cars – even though it was a “double yellow” zone.

There is a red light at an intersection that often only cycles green for a left turn once every other cycle. If no one’s coming, I run the light.

I never wear my seatbelt – on principle.

I use a radar detector, even though they’re hugely illegal in my state.

Am I a bad driver? Or are the laws I break stupid and worth ignoring when you can get away with it? 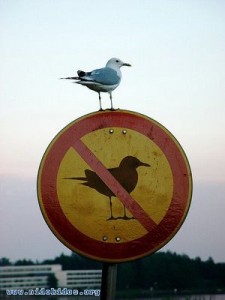 I’m 44 now and haven’t scuffed anything since then.

So either I’m really lucky or I must be at least a reasonably good driver. Right? The car companies trust me with brand-new vehicles, many of them high dollar, some exotic – Jaguars, Porsches, the works.  My car insurance is low. I have “plus” points on my license. My last traffic ticket was about three years ago.

So now let’s look at my crimes – and then you tell me:

* Passing on the double yellow –

I do this almost every day because, for one, there are almost no legal passing zones left anymore. They’ve painted ’em over. Even straight stretches with excellent visibility. They’re double yellow, too. So, the choice is, obey the letter of the law – even when you roll up behind a past-it old febe hurtling along at the breakneck speed of 42 mph in a 55 zone (slowing for the curves). Or you ignore the damn law and when you’ve got a clear shot, you pass the old fart.

I am endlessly amazed at how supine – how passive and helpless and indecisive and fearful – most people are. No matter how slow the car in the lead is, most of the cattle out there won’t pass if it’s a double yellow. ‘Cause that would be illegal.

I say to Hell with that. If the way’s clear and there’s no cop in sight, I will pass the slow poke every time – and feel good doing it. Am I wrong? Sociopathic?

Or just not properly conditioned?

I do it all the time. So do you, probably. Everyone does, just about. What does this fact tell us? Is the law stupid? Or are those who obey it stupid? And what about the people who enforce it, if the latter?

Yet we all – or rather, most of us – pretend the speed limit is divine writ. When pulled over by a cop we never say, “Officer, I was traveling at a reasonable and safe speed, along with the flow of traffic. The posted limit is set absurdly low and everyone ignores it, including you. You know it and I know it and everyone else knows it, too – so how about letting me go about my business?” Instead, it’s “Oh, I’m so sorry officer. I didn’t realize how fast I was going. I’m very sorry and promise never to do it again.” 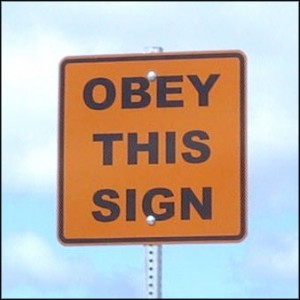 Make you want to puke, too?

Have you ever found yourself sitting at a red light when there’s clearly no traffic around? Or waiting on a green arrow to go left or right, even though you can see there’s no oncoming traffic – and so, no reason (other than it being illegal) to make your turn?

Well, I do something Americans seem increasingly unable to do. Two things, actually. First, I exercise my own good judgment. If I can see there are no cars coming (and if there are no cops around) I will make a right on red (or left on red), the law be damned. Second, I just refuse to be bound by least-common-denominator edicts that are based on the idea we’re all complete idiots and inept drivers incapable of determining for ourselves when it’s safe to turn without a little green light to show us the way .

The only person who has any business telling anyone else to buckle up is the owner of the car, the parent of a child – or one’s spouse. It’s the owner’s car, so he set the rules; if it’s your parent or your spouse, they have the moral right to nag about things that are good for you. But the government? It has no more right to demand you buckle up than it does insisting that you eat your veggies or stop smoking or go to the gym and lose that 15 pounds around your middle. Government has one morally legitimate function and that is to keep each of us from harming each other – either physically or via fraud. Period. Reforming our souls or making us “good” or “safe” or “healthy” – well, that’s none of their god-damned business.

This is why I don’t buckle up and never will buckle up – just to spite the bastards. Unless I’m in someone else’s car or my wife makes me do it.

The government plays dirty, so why shouldn’t I? It deliberately creates radar traps by posting too-low speed limits it knows people will ignore, then hides cops in bushes with radar guns, expecting us to play along. And pay up.

To Hell with that, too.

Just as I would ignore a law that deprived me of the right to possess a handgun for my own defense and the defense of my home/family, so also will I continue to ignore laws that would deny me at least an even shake when it comes to evading the depredations of county and state “law enforcement” – whose real job is revenue collection. 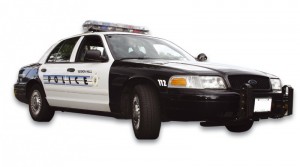 So, now you know my evildoer ways. Am I in the wrong? Or am I fighting the good fight, doing what any American of an earlier time would have done as a matter of course?