Soon, cops may not even have to pull you over to know almost everything about you – and keep it on file, too.

Motorola – manufacturer of radio equipment and other cop stuff – has developed automated license plate scanners that can ID you (and note your exact location at that moment) at the blink of an electronic eye. Fitted to a cop car, the plate scanners eyeball every passing vehicle, using the license plate number to cross-reference electronic records for such things as outstanding warrants, stolen vehicle reports – potentially, anything that can be tied via the license plate number to a vehicle and thus, to its registered owner.

Motorola says its readers can scan 5,000 plates during the typical eight-hour police shift. That’s just one car, mind you. If every cop car in a given jurisdiction had the scanners, an electronic dragnet would make it very easy to scan almost every vehicle not locked up in a walled private garage.

There’s no denying the technology would make it a lot easier to identify stolen cars, say – and presumably cuff and stuff the thieves, too.

But the technology has a Dark Side, too.

For one, scanning random vehicles amounts to yet another diminishment of whatever’s left of the Fourth Amendment’s guarantees against warrantless (and unreasonable) searches. If the scanners become ubiquitous you may expect to be ubiquitously scanned, anywhere, anytime – for literally no reason whatsoever other than you happen to be outside of your home.

Civil libertarians note that the scanners do not merely passively search for specific vehicles (plates) that are tied to, say, an outstanding warrant. They monitor and record all vehicles. They also jot down (electronically) the date, time and location your vehicle (and thus, you) were scanned into the system. Which is both creepy and raises a legal issue – maybe several of them. Will an estranged spouse be able to deploy such records in a divorce proceeding to establish proof of infidelity? Will the state authorities provide information about your comings and goings to insurance companies, possibly to be used against you – or as the basis for “adjusting” your premium?

License plate readers raise serious privacy concerns because of the system’s ability to monitor and track the movements of all vehicles, including those registered to people who are not suspected of any crime. Without restrictions, law enforcement agencies can and do store the data gathered by the license plate readers forever, allowing them to monitor where you have been and when you traveled there over an extended period of time. In fact, a key selling point for vendors is the system’s ability to track drivers.” (Italics added for emphasis.)

Of course, cell phones already do much the same thing – but there is an important difference: The cops still have to get a court order to obtain the information obtained and stored by cell phone providers. With plate readers, even that flimsy protection would evaporate.

Indeed, Motorola touts (in its product literature) something called – fittingly enough – BOSS, or Back Office Systems Software. What does BOSS do? Just what you’d expect a BOSS to do, of course:

Some will say, well – so what? Isn’t it a good thing that new technologies will make it easier to identify and catch no-good-niks, from parking ticket scofflaws to carjackers?

No doubt. Just as tossing whatever remains of the Fourth Amendment into the shredder – and giving, say, the IRS open-door, unlimited, anytime access to all homes, private correspondence, records, etc., would likewise make it more efficient at catching tax-evaders.

But, do you want to trust the government – that is, government agents (cops and otherwise) – with unchecked, unlimited, global power to inspect, snoop, interrogate, store, pore-over and otherwise monitor your entire life? And for no particular reason at all? Just because it’s possible? Is making it easier for them to catch a few more bad guys worth the price of all of us reduced to being treated as though we are bad guys, too – and presumptively?

No question, the pre- sicherheit state was less orderly – and so easier for the no-good-niks to fade into the background.

But if you’re old enough to remember what it was like, it wasn’t a half-bad place to live…. 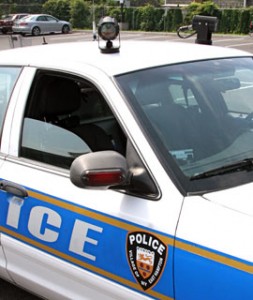 Tesla Not So “Safe,” According to Uncle