Just when you thought it wasn’t possible to find another way to try to shove pushy advertising down your throat, the DMV comes up with a new one.

California may be about to turn your car into a moving billboard via something called Digital Electronic License Plates that display revolving “messages” (read: annoying ads) for the edification of the motorists stuck behind you.

Oh, and just so “the children” aren’t left out, the e-plates “could be used to broadcast Amber Alerts or traffic information” – when they’re not assaulting you with grating peddlers of the Billy Mays variety, demanding that you BUY! Now!

These devices of Satan are the brainchild of a cretinous California politician, Democrat State Senator Curren Price of Los Angeles. “Were just trying to find creative ways of generating additional revenue,” he croons. “It’s an exciting marriage of technology with need and an opportunity to keep California at the forefront… ”

Yeah. The forefront of state-sponsored exploitation of helpless California motorists.

Price has put forward a bill (SB 1453) that would authorize the CA state DMV to “contract directly” with “interested advertisers,” whose dreck would then be routed to your car’s license plate, for all the world to see. SB 1453 has already passed the CA State Senate – unanimously – and will soon be considered by the Assembly’s Transportation Committee. (See here: http://dist26.casen.govoffice.com/in…3A860303102%7D)

Governor Ahhhhhnoooold has not come out pro or con yet, no doubt waiting to see whether the public will rise up in fury or (as usual) supinely accept this latest outrage as it has accepted so many others.

The motivation for this, of course, is das geld.

California is staring down a near $20 billion deficit and the usual methods of financing state boondoggles, such as jacking-up business and other taxes, have become politically untenable. So apparatchiks like Price are scrambling for ways – any way – to gin up new sources of “revenue.”

Enter the e-plates, which would open up appx. 40 million new sources of “revenue” (the estimated number of registered motor vehicles in the state) to the hungry maw of Sacramento.

Of course, none of this “revenue” – an estimated multi-million dollar jackpot – would go into the pockets of the motorists who will be forced by law to have their cars turned into billboards  for the marketing and promotional benefit of politically connected businesses.

It’s yet another piece of pavement on the fascist highway we’re headed down. Big Government and Big Business morphing into a single entity – with the police power of Big Government used to extract profits for Big Business. Maybe we don’t have the operatic elements of a strutting Il Duce or Der Fuhrer (yet) but the economics are essentially identical.

And of course, no one seems to be concerned about adding yet another element of distraction to the driving environment. Just like the state lottery, it’s ok if the government does it (and makes a bundle off the transaction) but if you, as a private individual, do the same thing, then it’s ticket time (or worse). Let’s recall that California is one of the most belligerently aggressive enforcers of cell phone bans – on the grounds that talking-while-driving is unsafe.

But Digital Ads hawking products on license plates right in the line of sight of the driver following behind you?

The arteriosclerotic prole at the 7-11 counter spending his last dollar to play his “numbers” – and the rear-ender accident that just totaled your car because the driver behind you was reading the Viagra ad running across your license plate…. who cares about the human costs or the damage done.

So long as Uncle Sam – and his new “partners” – can make a buck. 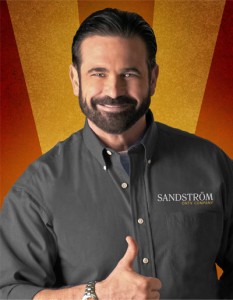