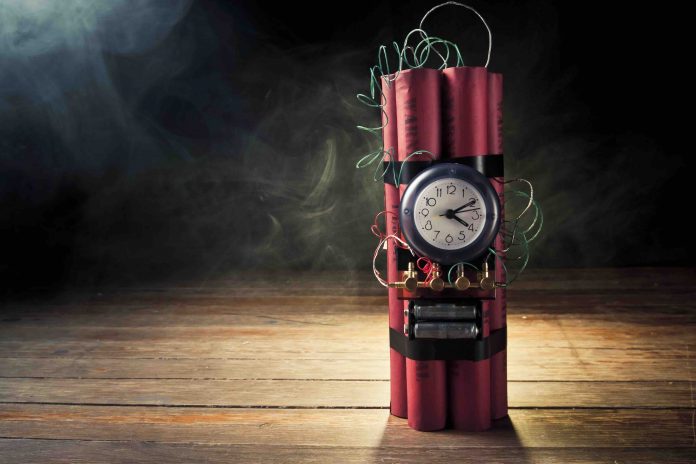 In just seven years’ time – unless Trump does something before his four years are up – the average fuel efficiency of the average car will have to almost double. From 35.5 MPG (now) to 54.5 MPG by 2025. So reads the fuel economy fatwa issued by Trump’s predecessor.

No matter how much it costs, no matter what it takes.

To put this in perspective, as of 2018, there is only one car available that is capable of meeting the 2025 “goal” – as these forced-on-us things are styled: It is the Toyota Prius Prime plug-in hybrid. Nothing else comes close. 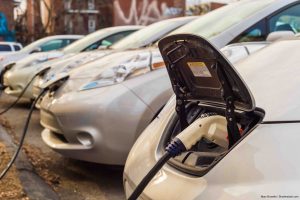 These average infinity – as far as gas consumption goes. Which is very helpful insofar as the averages. The federal fuel economy fatwa is formally the Corporate Average Fuel Economy (CAFE) standard, which is an arbitrary number pulled out of a hat by federal regulatory ayatollahs, who have somehow become the arbiters of how much fuel the cars we buy ought to use. 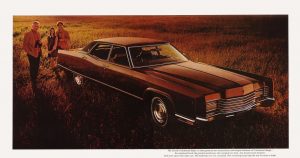 In case you wondered, this is why larger vehicles and vehicles with larger engines are becoming both scarce and exotically priced. If you’re young – 30 or less – you probably will not remember but there was a time when most Americans, including working-class Americans, routinely drove large cars with large engines. Bought them brand-new. Smaller cars with smaller engines were also available, but people bought them because that’s what they wanted – not because they were forced to by government fatwas that put larger and larger-engined cars out of their reach, as today.

It is also why suburbanites routinely drive SUVs today. “SUVs” are a made-up class of vehicle that did not exist prior to the CAFE fatwa. The class was made-up by the car industry as a way to get around the fatwa – which (at the time) granted a partial exemption to what were then just trucks, which were considered work vehicles. But if you enclosed the truck’s bed and added seats – you could carry people. Voila! 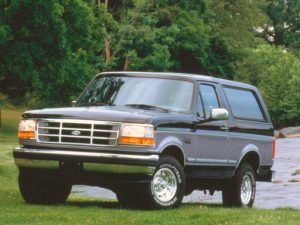 It took Uncle a few years to catch on – and for the CAFE regs to catch up. In the interim, vast fleets of SUVs hit the streets, because people still wanted large vehicles with large engines and the truck-derived SUV’s ground clearance and available 4×4 only made the combo even more appealing. Certainly more so than the “downsized” (and down-engined) cars the car companies were being forced to build, even though the demand was elsewhere.

Uncle did catch up, of course. The fatwa was changed to envelope SUVs and other “light trucks.” They are now on the endangered species list, too.

As are mid-sized cars with mid-sized engines. It is no random thing that six cylinder engines, which were as recently as two years ago abundantly available in the mid-sized/family car class of vehicle – are becoming extremely uncommon, if not unavailable. Most of the cars which used to offer them – examples include the Mazda6 and Honda Accord – no longer do.

Just as – a generation ago – V8s were all-but-eliminated from the mid-priced/family car class.

The current fatwa – 35.5 MPG on average – is already a bar too high. None shall pass. Not without radical redesigns, already becoming obvious in the person of nine and ten speed transmissions and aluminum bodies and other such artifices of desperation. Inevitably,  diminution in power and capability and also size will have to be resorted to – to get from 35.5 to 54.5 MPG.

That, or build far fewer larger (and even medium-sized) cars. And even fewer trucks and SUVs.

Or, build lots of electric cars. 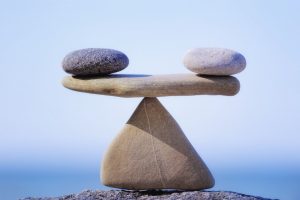 This is the practical reason behind the weirdly sudden bum’s rush by every major car manufacturer to build electric cars. As many as possible – even if they don’t sell. Even if they have to be given away at a considerable loss per car (the loss made up by tax write-offs, “carbon credits” and other subsidies).

Because each electric car – which uses no gas at all – is extremely helpful mathematically, as a regulatory dodge – even if a disaster economically and practically. The presence of one EV on the left side of the scale balances the SUV (or even the car) on the right side of the scale. The more they build of the one, the more they can sell of the other.

It is the only way.

Because there is no other way that any car – except a very small hybrid car – is ever going to average 54.5 MPG. Not without extreme lightening up, at least – which will never happen because then the car would be “unsafe” – not able to comply with all the federal bumper-impact, roof crush and other such fatwas.

Or with a diesel – which the regulatory ayatollahs have also effectively outlawed.

So without vast fleets of electric cars to balance out the scales, other-than-small (and small-engined) cars will become much harder to justify building at all, because their cost to buy will become exorbitant, such that very few people will be able to afford them.

Yet people still want the larger (and larger-engined) cars.  Notice the demand for “gas guzzlers’ has not slackened, which must frustrate the fuel efficiency fatwa-issuers. Who are determined to force fuel economy down people’s throats no matter how much they didn’t ask for it.

Here’s where Trump comes in – or could.

He is, after all, the elected representative of the people – to invoke the monk-chant of “democracy” – while the regulatory ayatollahs represent no one except themselves and perhaps a few Claybrookian Clover types who are simpatico with the idea of forcing other people to do as they think best even when it’s none of their business and they ought to just mind their own. 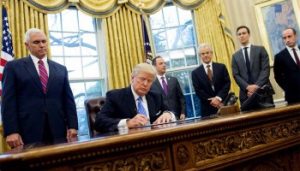 Trump could – and should – simply countermand the CAFE fatwa. Tear the thing up, throw the pieces up over his head, confetti style. It was not, after all, passed by Congress – the representatives of the people. It was imposed by regulatory bureaucrats.

If we truly do live in a democracy – as we are constantly told – then the will of the people ought to prevail.

This would, of course, trigger wild ululations among the ayatollahs but wouldn’t that be almost as gratifying as a really top-drawer steak dinner with all the trimmings?

Trump would probably also assure his re-election, despite everything – because the people give a damn. Not about fuel efficiency. But about being left free to buy the type of car – or SUV  – that meets their needs.

The ayatollahs be damned.