Desperation brings out the worst in people – including engineers. But then, you can’t really fault them. The government issues its fatwas – which aren’t suggestions – and it is the job of the engineers to figure out ways to comply with the fatwas.

Hence, the becoming commonplace use of turbochargers and direct injection. Neither make much sense except as measures to achieve compliance with federal fatwas, chiefly the one ululating that every new car must average at least 35.5 MPG and if not, its manufacturer will be caned in the public square. 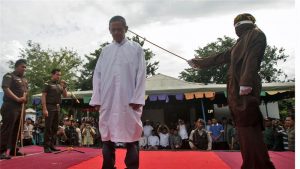 Well, financially caned – via deliberately punitive “gas guzzler” taxes that are applied to the not-compliant cars. The taxes are passed directly to the buyer, who thus becomes less apt to buy – which renders it more difficult to justify making the car in the first place, particularly since its less-than-compliant MPG numbers weigh down the “fleet average” of the rest, risking more caning . . . er, fines.

So, turbos and direct injection.

Turbos used to be rare and used mainly to boost the power of diesel engines in heavy trucks and gas engines in high-performance cars. The additional parts could be justified because turbos were power adders, designed to make additional power in vehicles that were bought be people who wanted an extra dollop of horsepower. 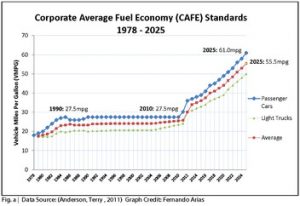 Today, turbos are used to make up power lost to engine downsizing – which happened because of the first round of gas-mileage fatwas.

It boosts the output of what would otherwise be an underpowered engine that most buyers would find unacceptable. It brings the performance of a four up to the level of a V6. 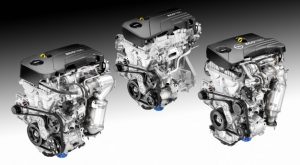 It is basically compensatory technology. Uncle has decreed that you shall spend more for your next new car in order that it shall burn less gas.

How this is going to save you money is hard to divine.

Direct gas injection (GDI) is another consequence of the fuel efficiency fatwas – and, like turbochargers – a compensatory technology. It increases both power output and mileage (about 5 percent, give or take) but not without cost – and other consequences.

In a GDI system, there is a hole bored into each cylinder, very much like a second spark plug hole. This is for the high-pressure direct injector. And it is very high pressure – operating at around 3,000 PSI.

But that isn’t the problem. 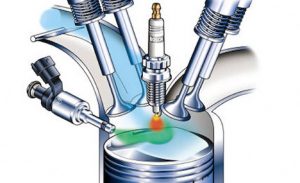 The problem is that because the fuel is sprayed directly into the cylinder, none washes over the intake valves (as it does in  port-fuel injection system) and so there is no solvent effect. Crud builds up on the back of the intake valves and – eventually – this crud causes serious problems, including  cylinder sealing problems as the valve no longer closes completely due to the build-up of the crud.

It takes a while – several years and tens of thousands of miles of driving – for the crud to build up to the point that it needs to be dealt with. Which often means taking apart the engine, to get at the valves, in order to de-crud them.

But the real problem is that turbo and GDI/crud issues tend to rear their head, Putin-style, somewhere south of 100,000 miles – after the warranty coverage has expired. 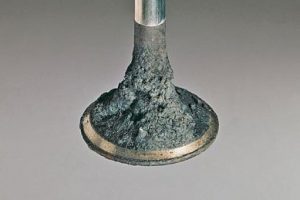 In both cases, the cost to fix can be high enough that it’s not worth fixing.

A top-end disassembly/cleaning/re-assembly will cost you about the same.

Contrast these expenses with the “fuel savings” Uncle ululates about to justify the fatwas that have led to such desperate measures as turbocharging pretty much everything and direct-injecting them, too.

You should know, incidentally, that the solution for the crud problem caused by GDI is to add a separate port fuel-injection circuit, to spray some gas on the backs of the valves, to keep them clean. This is in addition to the DI system. So now your new car will have two fuel injection systems. One (DI) for the sake of the fuel economy fatwa; the other (PFI) to remedy the problem caused by the DI system, which is only there because of the fatwa. 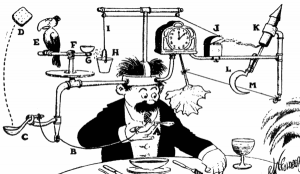 The only way this is going to change for the better is if Uncle gets out of the fatwa’ing business – at least insofar as fuel efficiency. Which he ought to. Why, after all, is it the government’s business whether your car averages 35 MPG or 25 MPG or 15 MPG? So long as you’re not being forced to buy the 15 MPG car, you are free to buy the 35 MPG car (or the 50 MPG car), which the car companies will build in accordance with demand.

Take away the fatwas and there would still be fuel-efficient cars, for the same reason that there would be performance cars and luxury cars. The problem isn’t a lack of fuel efficient cars. It is government fatwas that insist all cars be “efficient” – cost no object.

It’s not difficult to make a small, light car very fuel efficient. It is harder to make a large, powerful car fuel-efficient.

Or at least, it’s won’t be cheap – which kind of defeats the point.