You don’t have to be a mechanic – or even much of a DIY’er – to save money on car-related expenses. For instance: 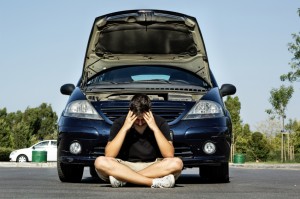 You can avoid costly brake problems by listening to your brakes. If you hear anything, it’s time to do something. Brakes should be silent. When they’re not, it’s a good bet there’s a problem. It might just be a squeak caused by glazed (or misaligned) pads, or slightly rusty rotors – which can happen when a car is left to sit for a awhile. But it might also be that your pads are on the verge of wearing out – and about to gouge your expensive rotors into expensive junk. Don’t go by mileage since your last brake job. Brake pads can – and do – sometimes wear out sooner than you expect them to.

Bottom line, if you hear something, get it checked ASAP.

To watch – and keep track of – the dials in front you, in the instrument cluster. Gauges – vs. idiot lights – are great. If you’re paying attention. Idiot lights – which most cars used to have – only illuminated when it was already too late to do much but pull over and call for a tow. For example, the little light that said “oil” typically came on only when you had next to no oil pressure. It might as well have said “you lose.” Same with the other idiot lights: “Temp” meant the engine was already overheating. “Batt” meant the alternator just croaked. 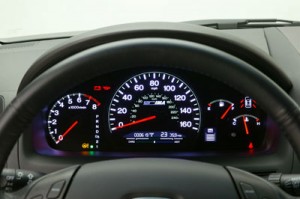 Gauges – which most late-model cars have – give you much more information. If you’re paying attention to them. You will be able to notice, for example, abnormal or rising engine temperature before the engine actually overheats. This might give you time to get off a busy highway – or get to a service station – as opposed to being stranded by the side of a busy highway and far from help. A low or erratic oil pressure reading – noticed in time – might just save you a $5,000 engine replacement.  A number of late-model cars (well, trucks mostly) are even blessed with a transmission temperature gauge. If you pay attention to it and see the fluid temperature rising and shut the vehicle down before the needle gets into the red zone, you will probably have saved yourself a $3,000 transmission job.

Bottom line: Get into the habit of regularly scanning your gauges – and becoming familiar with “normal” readings – so that you’ll immediately notice the abnormal ones before it’s too late to do much about it.

Certain smells can quickly clue you in to a possible problem that ought to be checked out – and possibly checked out right away. A rotten egg smell, for example, is telling you there’s a problem with the fuel or emissions control system. The catalytic converter is not working as it should – whether because it’s developed a fault or because there’s a fault upstream (with the fuel system) that’s causing some issue. It’s important to get it looked at soon – before the expensive catalytic converter is ruined. Many late-model cars have two (or more) cats. New ones can cost $400 or more – each.

Engine coolant also has a very distinctive smell – and if you smell it, it’s time to find out why you’re smelling it. You may have a leaky radiator – or (much worse) a leaking heater core. A musty or moldy smell inside the car indicates water inside the car. 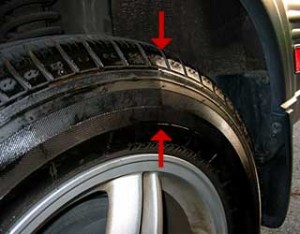 These problems don’t get better with time, so the sooner you get it checked out, the better it will be for you, your car – and your wallet.

Once a week or so, it’s a good idea to do a walk-around of your vehicle. Look closely at each tire. Is there any sign of physical damage, such as a bulge on the sidewall or a tear? If there is, get that tire replaced – before it fails while the car is moving – with you in it. Take a close look at the windshield. Check Meijer Ad and Walgreens Ad. Small “stars” – the kind caused by rocks kicked up by a vehicle ahead of – can usually be fixed for a lot less than the cost of replacing the entire windshield – which you’ll have to do if the star becomes a crack. Are the headlights and tail/brake/signal lights all working? State inspection and other required stickers up to date? If not – and you catch it in time – you might just avoid a $100 ticket for “defective equipment” – because a cop noticed it first.

If something feels (or looks or sounds) not-right, it probably isn’t right. With cars – just as with our bodies – early detection and prevention are the keys to avoiding bigger problems. And bigger expenses. If the steering wheel vibrates, if the brakes pulsate, if the exhaust note gets deeper – it’s your cue to investigate further, not just turn up the radio volume, ignore it – and hope it goes away.

Also, don’t necessarily assume that whatever the shop tells you is wrong or needs to be repaired is gospel – or even necessary. Trust your spider sense. If you’re at all suspicious, don’t authorize any work before you get a second opinion.