The speech Morpheus gave to Neo in the original Matrix was elegant – and eloquent. But we’re not in a movie – and most of us are not masters of verbal ju-jitsu any more than we are masters of actual ju-jitsu. So, how do we – we being those of us who believe in non-aggression, voluntarism and thus, human liberty – make our case to people who don’t think in such terms? 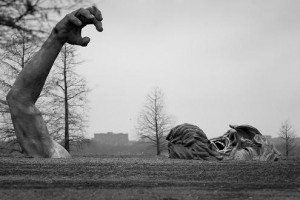 The other day I had a chat with a neighbor friend. He posed a rhetorical question, “You do believe some taxes are necessary, right?” Rather than debate the merits of this or that tax, this or that function funded by taxes – I merely replied that as a non-violent person I am opposed to the use of violence, for any reason except in self-defense. I therefore oppose, I told him, the violent taking of other people’s property for any purpose whatsoever. That while I might prefer this or that outcome, I would rather people dealt with one another on the basis of persuasion and mutual free consent – and not at gunpoint.

This approach usually at least results in a momentary pause. It may even get your opponent thinking.

Most people – including most of us – grew up with authoritarianism. It envelopes us, from womb to tomb. And so, we grow up accepting, implicitly, the moral schism that says violence is ok when it is done officially.

Or by a group, having so voted.

No. It goes much deeper than that. Because the violence is never – or rarely – spoken of openly. No politician running for office ever says, “I will threaten your neighbors with violence to provide money that I will use to provide schools for your children at their expense – and if they refuse, I’ll have them caged – even killed.”

Instead, the politician talks blandly about his “support for public education.” The lethal violence he is advocating remains in the background. He is thus able – of all things! – to posture as a “concerned” and “public-spirited” citizen, who “cares about the childrens’ future.”

Never mind the present of his victims.

People talk about the “need” for this or that – never mentioning or even considering that what they propose entails threatening people who have done them no harm and who owe them nothing with murderous violence if they disagree – and decline.

The violence of our society is so pervasive, we swim in it as naturally – as obliviously – as fish in water.  We – most of us – literally cannot even see it. We merely accept it as the natural order of things  – and go about our lives accordingly. We vote – casually – to put our neighbors into cages – unless they Submit and Obey. To send armed men to their doorstep. To control and micromanage them, with the ever-present threat of the fist, the baton, the Tazer, even the gun always in the background. To deprive them of property – even life. 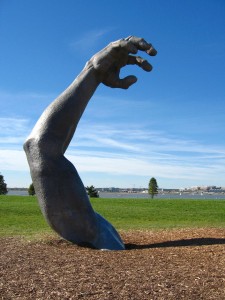 It is called by other things, of course. But this does not change the essential nature of the thing. The violence is there, just sublimated – and legitimated. Organized. Officialized. Euphemized. And so, accepted. Unquestioned. Acquiesced to.

But it is violence just the same.

Only, worse – because euphemized violence renders inert the moral sense. Those in its thrall lose the ability to separate right from wrong in principle. They are reduced to relativism – and utilitarianism. To “need” and ” want” rather than right – vs. wrong.

You will never win an argument over taxes on real estate to fund the local government socialization/indoctrination center by complaining about “waste” in the budget, or that homeowners can’t afford another rate hike this year. But you can make a devastating moral objection to the notion that anyone has the right to threaten others with violence in order to compel them to provide funds for such an endeavor. It is not about being “against public education.” It is about being against the use of threats and violence as the basis of human interaction. It is about getting people to see that the ultimate kindness – the highest form of compassion one human being can extend to another – is to agree not to engage him with violence, but rather, persuasion. If people cannot agree, then let them disagree peaceably – and go their separate ways. 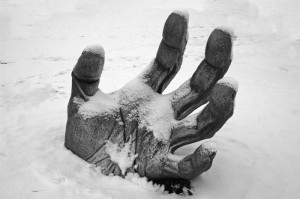 Violence  – except in defense against violence – must come to be regarded as the essential sinful act. The single worst thing one human being can do to another. Those who believe – and act – otherwise must come to be viewed as pariahs. Sick. Evil.

Social suasion will do the rest.

People can live together in peace, without chewing each other to pieces, without reciprocal parasitism, enforced at bayonet-point. The world – our existence – does not have to be this way. It only requires getting enough of them to see – and to feel – the water all around them, the sea of violence in which they swim.

It is time we crawled out onto the shore and took a deep breath of fresh air.

AGW Gets Fired – and Arrested… But Will the Tickets he...