What does it mean to be a “good person”? 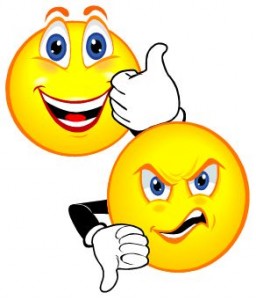 One hears the term fairly often. So and so is a good person. Or the plural – they’re good people. But what is meant is rarely defined. It is accepted that we’re all talking about the same thing – but if you look at it a little bit, very often we’re not. Because many of us seem to have a view of goodness that is completely at odds with the concept of goodness as defined by others.

The liberal Democrat, for example, thinks of himself as a good person because he expresses concern for others, typically those less well-off than others. He wants to “help” – but his goodness (as he defines it) does not manifest itself via himself personally helping those he believes are in need. He does not invite the homeless into his home (or even his garage). He invites them into your home.  He does not “give” of his own time – or money. Rather, he demands that others be made to “give” of theirs. Which of course does not strike him as oxymoronic – let alone vicious. This good person will not feel bad about demanding that some be enslaved for the benefit of others – so long as the former are “deserving” (as defined by the good person)  and the latter are “paying their fair share” (again, as defined by the good person).

On the other end of the continuum we find the right-wing Republican – who also views himself as a good person. Often, a good religious person. He is outraged by events like the attack on the Twin Towers (and let’s not forget Building 7, too). The appx. 3,000 people killed in one day must be avenged – by killings tens of thousands of interchangeable brown people  for going on ten years now.

The right-wing good person only hears the cries of some innocents.

Both the liberal and the right-winger share one thing in common – the adoration of random violence. The phraseology is important. It is random violence because the people affected are typically innocent – or at least, they haven’t done anything to warrant a violent assault. The mere fact that you are a Have becomes, in the mind of the left-liberal, sufficient justification for him to send goons with guns to your home in order to force you to hand over some of what you have to the Have-Nots. It is not alleged that you have stolen from the Have-Nots. It is enough that you have – and they have not. 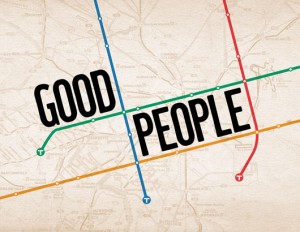 The non-having is the justification for the taking. Precisely in the same way that one hungry chicken will snatch a crumb away from another hen who had it first. Redistribution is the moral standard of these good people – goodness defined as he who redistributes the most.

The right-winger, meanwhile, pursues ideologically random violence as opposed to the left-liberal’s economic violence. There are entire categories of Them who must be extirpated – or at the every least, brought to heel – merely by dint of being Them as opposed to Us. The Chimp – apotheosis of this mentality – put it just so: You are either with us (that is, a lockstep follower of The Chimp) or you are against us.

And we all know what happens to those who “are against us.”

Pre-Chimp, right-wing good people were somewhat discomfited by the auto da fe of the Branch Davidians at Waco – but only because the match was struck by a political opponent. Once The Chimp – a good man, as they saw him – held the reigns, actions far worse were routinized. Today, Barry carries on the work. And note: The work is not objected to (in the main) by the very people who did object when the same work was performed by The Chimp. And who no doubt will renew their objections in the event their good man replaces the other side’s bad man next January.

Of course, none of these people are good people. They are in fact bad people. Very bad people indeed. People who live by violence, only directed toward different ends. But do these ends make any difference to their respective victims? Here is a way to separate the wheat from the chaff:

Good people do not have victims. 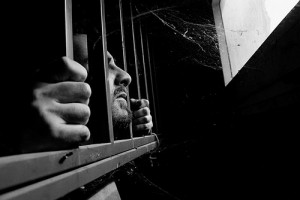 That is how you shall know them.

A good person is someone who does not want to put you in a cage – or point guns at you – unless you have done something to warrant it. And to a good person, the only thing that warrants such treatment of a fellow human being is maltreatment of another human being. The initiation of force. Absolutely nothing else.Not how much you have relative to what others have; not how you live your life or what you believe or who you are. Nothing – other than force used first.

For all evasive language aside, government is force – nothing more. And force is only applied justly when it is applied against those who have initiated its use. It is an injustice to use force against your neighbor – against your fellow man – to compel him to furnish you (or others) with funds. To force him to “help” you – or anyone else. To compel the conformity of his behavior; to dictate the terms and conditions of his life. To deny him, in even the smallest measure, the right to pursue happiness – as he, not you, defines it. To interfere with him in any way whatsoever – unless he has caused you or some other person an injury. Not before – and not otherwise.

If, that is, you wish to think of yourself as a good person.