I mean, we were told after 9/11 that they attacked because they “hate us for our freedoms.”

Well, since we’re not very free these days, the terrorists must not have a bone to pick anymore.

* Our calls and e-mails and web browsing habits may be monitored and recorded at will by the government, without so much as a Mother May I. Hell, they don’t even have to tell us they’re snooping through our mail or listening in on our calls or taking note of the web sites we visit. They just do it – like the Nike commercial tells ’em to.

* Cops can record us, against our will, at any time – and use the video and audio as evidence against us in a criminal proceeding. But we’re not allowed to film cops, ever – even when they’re clearly abusing their authority and video/audio evidence is the only thing that will prove it in a court. People have been arrested (and later on, their homes searched and computers seized) merely for taking videos of “hero” cops beating the shit out of someone, or otherwise using way-excessive force.

* If we have to travel by plane, we must submit to a procedure that, just a few short years ago, no person who wasn’t a convicted felon ever had to endure: A uniformed authority figure running his (or her) hands all over your body – including your junk – or the electronic-age equivalent of a strip search. Millions of ordinary citizens, guilty of nothing worse than wanting to get on the damn plane, are degraded in this way every single day. It’s no longer a stretch of the imagination to wonder how long it will be before they start demanding to inspect our body cavities, too. Spread ’em! Seriously. If they can get to first base with us, why not second and third, too?

* If we travel by car, we are subject to being stopped at random and interrogated by the side of the road like an East German prole being made to squirm by the Stasi. Only it’s worse in America because not even the Stasi would throw you over the hood of a cruiser, then forcibly extract your bodily fluids to see whether you’re high or something, man. In America, this is now duy-authorized procedure. They can and will electrocute (Taser) you for mere backtalk – then charge you later on with “resisting arrest.”

This is the freedom they hate us for having? No kidding? What the hell is it like in Muslim countries?

How much worse could it be, really?

Ok, they stone people to death for screwing around, or being gay, or saying something obnoxious about their Dear Leader (that is, their “prophet” – or whatever he’s called). Fine. Well, we have our own Dear Leader – the president, he’s called. And he says he can kill you, too, if he feels like it. All he’s gotta do is label you a “terrorist” – and it’s game on. No specific definition based on actual acts (or threatened acts) of violence or mass mayhem. Just “terrorist.”

Yes, I know. It’s just the ragheads who need worry. Just like, at first, only the Jews and fags and trade union commies had to worry about the Gestapo and places with names like Mathausen and (later) Auschwitz.

But what happens when “terrorist” means anyone who doesn’t toe the line? Who doesn’t say “How high?” when a TSA brownshirt barks “Jump!”?

Or says something the Great Leader just doesn’t like?

Yes, that day is coming – and it’s not very far off, either. If you can’t see it, you’re either blind or stupid or naive or some sad combination of the three. If I live long enough to see it, I will enjoy watching you go down the cattle chute – perhaps singing that loathsome song about how you’re proud to be an American, where at least I know I’m free….

We don’t have to worry about the terrorists, though. They couldn’t possibly hate what this country has become. 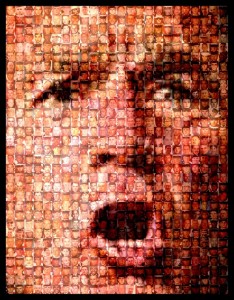