I’ve got a friend who is looking to buy an old bike – an early ’80s Honda Silverwing Interstate, like mine. Only this one’s much nicer – with almost no miles on it. What makes this deal potentially of interest to you is the way it illustrates something about old bikes: Each one is an individual – and a consequence of this is that the “average book values” listed in pricing guides are damn near worthless as a measure of a particular old bike’s actual real-world worth. 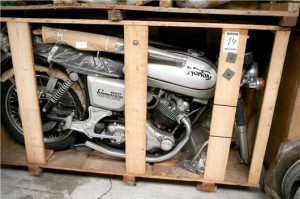 Here’s what I mean:

My friend is looking at an ’82 Silvering that has just over 3,000 miles on the clock. It is as close to new as a 30-year-old bike can be, just about. Virtually no wear on anything – from the tires to the seats. Perfect – original – paint. Chrome that shines as brightly as it did when Ronald Reagan was still in his first term – and your humble narrator was still in high school. Some guy bought this bike, rode it a little (very little) and then put it in storage.This is weird, but seems to happen fairly often with motorcycles. People intend to ride, then don’t.

The Silverwing slept away the next three decades – emerging to find Reagan long gone and me middle aged – but the bike itself looking as though maybe a month had passed by. A time capsule. And, probably, one of a kind. I doubt there’s another 1982 Silverwing with less than 3,000 miles in the entire country – or the world, for that matter.

Restored, maybe. But not original.

Which brings me back to our discussion about “book values.” The “book” – the used bike pricing guides – say an ’82 Silverwing is worth about $1,200. This one’s priced at $3,900. My friend is perplexed by the disparity between what “the book” says – and what the owner is asking.

And angry, because the owner won’t budge. 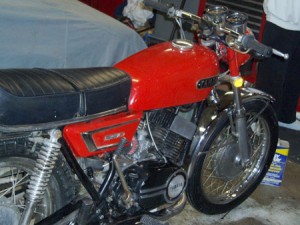 It’s a take it or leave it deal.

I explained to my friend that the owner is holding all the cards.

With a new bike – or even a fairly recent used bike – the “book value” makes some sense. Because you can generalize. New bikes, of course, are all identical. There’s no objective reason one should cost a cent more than its identical brother parked on the lot next door – assuming they’re the same make/model/year and have the same features.

And with recent-vintage used bikes, the approximations – “poor condition,” “average condition” and “excellent condition” are adequate barometers. A four-year-old KLR650 (or whatever) with 15,000 miles on it  that still looks good/runs good can be measured up against bikes with slightly more (or less miles) that are in overall better or worse condition. Usually, there are many similar bikes out there.

But how do you assess the value of one-of-kind?

A bike that is not only a survivor of several decades but also extremely low-miles, absolutely original, unmolested and almost perfectly preserved? A thirty-year-old time capsule – right down to the still-there break-in warning sticker on the tach? The little nubs on the factory original tires?

It is not possible to replicate such a machine – even a meticulous restoration will never be original. The best you can do is a facsimile of the original.

How many years might go by before another one pops up – if ever? Anyone who’s been into old bikes (or old cars) knows all about this. You have a certain model in mind; you want it equipped a certain way – and you want one that hasn’t been molested in any way by anyone else. You’re willing to wait until the right one can be found. And so you do wait. You spend five, ten – maybe twenty years – scouring Hemmings Motor News or Walnecks Classic Cycles. Cruising the Craigs List ads each morning becomes your familiar routine –  the hope that maybe today, everything will line up and you’ll be the first to spot the ad – and the first to make the call.

Well, the day comes, you find that ad – and you make that call – and find out the owner knows what he has. And that he doesn’t give a hoot what “the book” says it’s worth. He knows perfectly well that what he’s got is worth whatever it will bring – whatever you are willing to pay. And he knows if you want that particular bike, you’ve got no real option except to deal with him – and probably, pay just exactly what he’s asking. 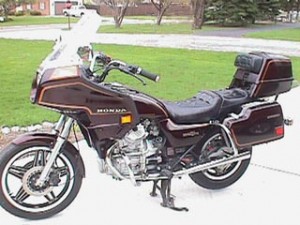 Because if you don’t, it’s a sure bet someone else will.

This sort of transaction is an affair of the heart, not a rational decision. If you find your true love, you must do what it takes, always keeping in mind that this might be your only shot.

Or perhaps the only shot you’ll get before another 30 years roll by.

Debt by a Thousand Little Cuts….