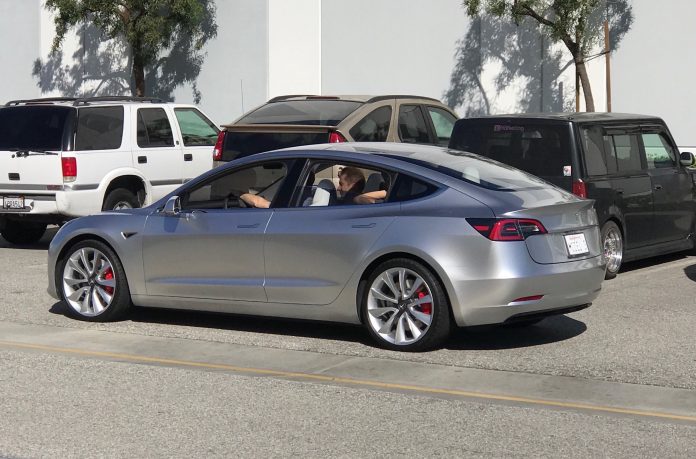 Elon Musk, Tesla’s CEO, touts his latest electric car as the second coming of the Model T – an odd comparison given the Model 3 is everything the T was not.

Henry Ford’s idea was to make cars that emphasized utility and practicality; that were basic and which could be stamped out (literally) in quantity at low cost, so that almost anyone could afford to buy one. Prior to the T, cars were largely hand-built, ornate and very expensive.

Consequently, almost no one could afford one except the very affluent. They were also delicate and finicky and so were basically toys. The T, in contrast, was rugged and durable; it was designed to be used on unpaved roads and to be fixable “in the field” (literally) with almost no tools and very little mechanical knowledge. 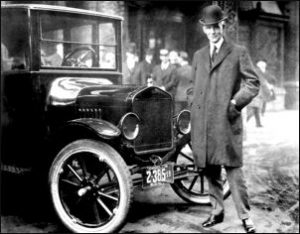 Ford sold a lot of cars. And without any subsidies.

Musk’s concept is the antipodal opposite of Ford’s. His electric cars emphasize style and performance, technology and complexity.

As a result, they are very expensive.

The difference being that the government didn’t mandate production quotas for Bugatti Type 35s, nor subsidize their purchase.

As a result, very few Type 35s were built.

As ought to be the case with Teslas and electric cars generally. Because – like the Bugatti Type 35 – they are indulgences.There is no economic case to be made for them – at least, as currently constituted. Whether electric or not, spending $35,000 to get from A to B when one could spend half that sum to get there just the same is about something other than getting from A to B.

There is nothing wrong with wanting to get from A to B swaddled in heated leather seats, surrounded by all the latest amenities. Nor is there anything wrong with sexy bodywork and blistering speed. 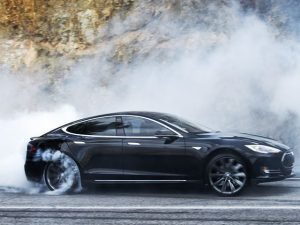 But why should those things be subsidized?

Isn’t it even more obnoxious than witnessing an EBT card holder ahead of you at the supermarket checkout “buying” sushi and prime rib? He’s not merely being fed. He’s being fed well. Fed better than you – and on your dime.

But it’s also something else.

Leaving aside the moral question of government subsidies in principle, the subsidization of high-end/high-performance electric cars like the Tesla has diverted engineering resources away from what ought to be the focus of electric car development: making them cost less to own/operate than non-electric cars.

If not, why bother? A Porsche is quicker than a Tesla – and doesn’t need 45 minutes to recharge. A Lexus can go 400 miles on  tank – twice as far as the best case range of the Tesla Model3.

The Tesla touts its ability to accelerate quickly (which it does) but that makes it less efficient – just as a Porsche is less efficient than a Prius.

You can have speed – or economy. If you want both, you’ll get a compromise.

But the Tesla is no middle of the roader. It emphasizes that it’s quicker than most cars, most especially economy cars. Which is like the EBT card holder smacking his lips as he describes how delicious that ribeye you just bought him was.

If the Tesla and other electric cars had to sell on the merits, they’d be much more like the Model T. They’d have to cost less than other cars, not more.

They’d also need to at least equal the practicality of non-electric cars.

This business of $35,000 electric cars that have half the range of $15,000 economy cars and that need five times as long (or much longer) to recharge is preposterous on the face of it. 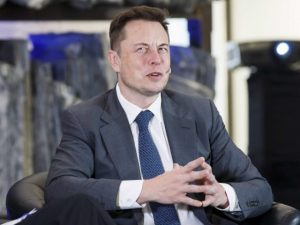 But it could be made less preposterous if performance were de-emphasized, as it ought to be – and would be, if market forces were allowed to operate. Take away the grotesque subsidization of luxury and speed and the engineers would be working on ways to lighten electric cars (buh-bye cush carpets and leather) and minimize the draw on the batteries – which is the electric car’s weakest link. No heated seats. No power seats. No electric sunroof. No power windows. Electric motors burn electricity, which reduces range. To make up for this, you can install a bigger battery, but that adds weight, which requires more power to get moving . . . you see the problem.

The object of the exercise ought to be reducing consumption – in order to make the electric car economical. But because of the perverse incentives created by government subsidies, the reverse is encouraged.

What happens when Elon runs out of rich people? Is the government going to subsidize $35k cars for everyone? A Bugatti in every garage – so to speak?

With the weight of Uncle behind him, Musk just might succeed in reversing the course of automotive history. Cars will become what they were before the appearance of the Model T:  Indulgences of the affluent.

The tragedy is we might actually have electric cars that make economic sense – if it weren’t for government subsidizing those that don’t.