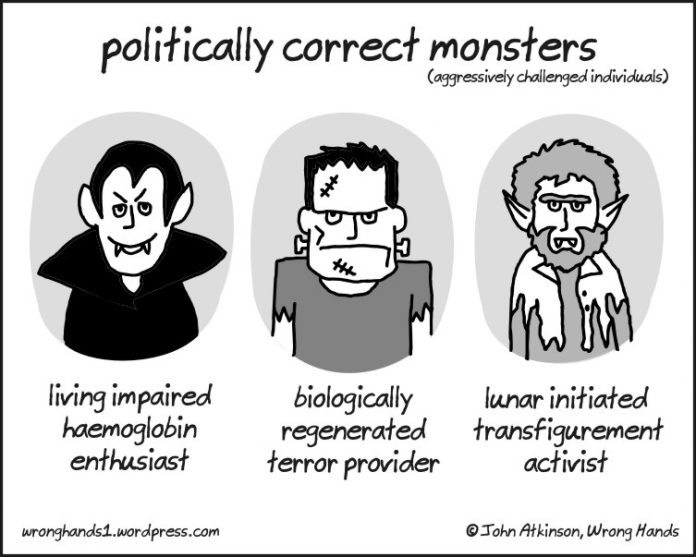 I got the following note from a reader the other day. I reprint it in its entirety, with my comments afterward:

Why did you feel it was appropriate to use the term “Down Syndrome” to describe EVs?  I already understood what you were trying to say about electric vehicles, that they are not able to make it on their own.  But why denigrate others who have nothing to do with the production of EVs?  I am not big on controlling speech, and I don’t try to avoid using “micro aggressions” when I speak.  We risk offending someone whenever we open our mouths or start typing.  But it is good to stay away from certain terms like the “N Word.”  Or”Down Syndrome” in a negative way, especially following phrases like “the illegitimate birth of…”  And yes, I have a family member with DS – a beautiful child with a great sense of humor.

Would you have preferred retarded?

The Left has been incredibly successful in controlling the use of language by controlling which words may be used – and how they are used.

Which amounts to controlling thought.

In this context, the Left’s tactic is to feign offense that the use of a word is “mean” – deliberately and  gratuitously denigrating – rather than merely descriptive. The idea being that because someone may take offense, offense was intended. In order to shame the speaker/writer – and to alter objective reality to suit (and assuage) someone’s feelings.

And feelings are subjective.

I used Down Syndrome to convey – essentially – retardation. Which is what the sufferer is afflicted by. They have IQs much below the normal and are physically as well as intellectually stunted.

Just as a person in a wheelchair is crippled – or handicapped, if you prefer. Not “differently abled.”

Just as an obese woman is not “curvy.”

Just as Bruce is not she because he wishes to pretend he is.

No one is throwing rocks at any of these people – or jeering them. But their hurt feelings do not change objective reality. And that’s what’s at stake here, ultimately. The Left wishes to be the arbiter of an ever-shifting reality defined by them. They quite literally are demanding the power to insist that 2 plus 2 does in fact equal 5 . . . if they feeeeeeel that it does.

If someone objects, raises a question – they are “haters,” motivated by a desire to inflict suffering. In fact, they are sane – and moral. Because there is nothing more sane than acknowledging objective fact, regardless of whose feelings this may hurt. And moral, because it is reverence for truth over falsehood.