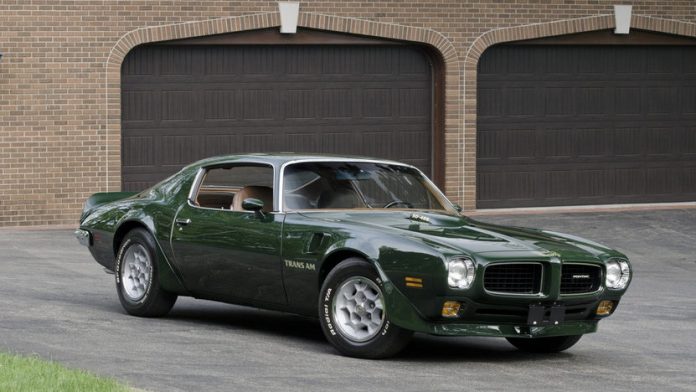 As a guy who reviews new cars, I am often asked which cars are my favorite cars. Almost all of them are old cars – which could be nostalgia but maybe (I like to think) because they just had something new cars don’t. 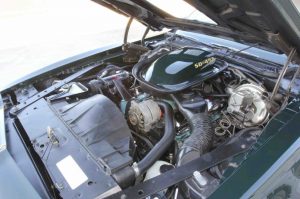 This car was in my opinion the apogee of muscle cardom. It was also the last real muscle car, not only because it was built at a time when almost all other high-powered American cars had already disappeared but because it was the last really powerful American two-plus two coupe built without catalytic converters or significant emissions controls of any kind and no air bags, traction control, ABS or other electronic impedimenta. It was a raw and surly car that had little tolerance for inexperience or stupidity. Like all real muscle cars, it was more than a little dangerous.

Powerful cars have been built since then, including some with more than twice the power -but they are Safe Spaces compared with a car like the SD-455 Trans-Am. If you got the manual, you had to leg-press that heavy clutch without hydraulic assist. If you broke traction on the 1-2 upshift and didn’t know how to keep it straight, there was no TCS to bail you out. 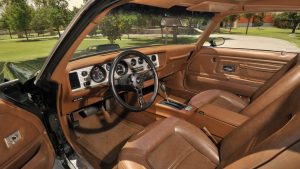 The brakes – discs up front, drums in the back and exactly the same as came on ordinary Firebirds with six cylinder engines or lightweight V8s like the 350 two-barrel – made you think ahead.

AC was available – but only with the optional automatic.

It was a serious car.

It was also the last real attempt by a major American car company – or at least, one of its divisions – to jam a thumb in Uncle’s eye. The SD-455 engine was not a run-of-the-mill 455 V8 engine. It was a very special engine. A race engine, detuned for production but largely hand built. It had a different block and heads and pretty much everything else that mattered – including provisions for dry sump oiling – but it had the same displacement as Pontiac’s mass-produced 455 V8, found in Bonnevilles and Catalinas. That one was “certified” by Uncle. 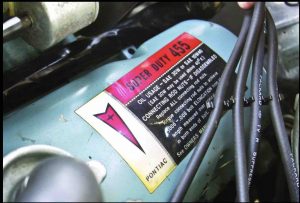 They slipped it into the mix, hoping Uncle would not notice. And for awhile, just long enough to get a few into circulation – he didn’t. About 1,296 of these very special engines made it into 1973 (and 1974) Trans-Ams and a handful of Formula Firebirds, which were the only Formula Firebirds built with the Trans-Am’s shaker hood scoop (but without the TA’s fender vents and front spoiler; you could get the rear spoiler as optional equipment).

The engine was initially rated at a very conservative 310 SAE net horsepower – which seemed wilty because just a few years prior, horsepower had been measured more optimistically, according to the SAE gross standard. The difference being the engine installed in the car, with a production exhaust and all accessories bolted to it – vs. engine on a test stand with open headers and no accessories.

The true output/capability of the SD-455 can be measured by the so-equipped Trans-Am’s quarter-mile times. On drag slicks (traction was the limiting factor, not horsepower) an otherwise stock SD-455 could clock a high 12 second quarter-mile. That performance stood for 16 years – until the ’89 15th Anniversary Trans-Am came along. It was powered by a transplanted Buick Regal GNX turbocharged V6, one of the most powerful engines made during the entire 1980s.

But the ’89 TA was automatic-only, punch it and go – while the ’73 TA could be ordered with a beefy four-speed manual that howled and whined like a 707’s turbojets spooling up on the take-off run, accompanied by the bellowing roar of the 850 CFM Quadrajet carburetor’s enormous secondaries opening. You could literally hear the atmosphere being gulped into abyss of the huge engine’s cylinders, a sound no modern, fuel-injected car makes – no matter how powerful. 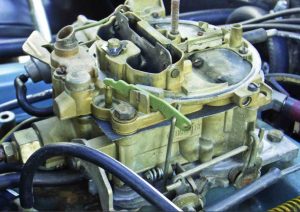 Well, Uncle caught on – and the party was over almost before it started. Pontiac first had to swap cams – to a milder grind – to get the SD-455 engine “certified,” but only just barely. This engine was not going to fly with catalytic converters – which GM had to install in all of its 1975 models, to get them “certified” by the EPA.

It was the death knell for the SD-455 and for muscle cars, at least as they once were.

There are faster cars now, but they lack that special something that defined the originals. The SD-455 leapt the fence – an Indian off the reservation, tomahawk in hand and hungry for some scalps. 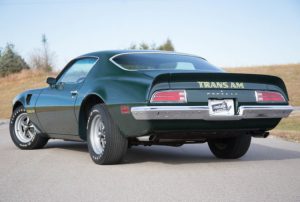 I prefer the ’73 over the ’74 because the ’73 retains the beautiful bodywork of the 1970 Trans-Am, which was designed before Uncle got in the business of designing cars. The ’74 is marred by ugly (vs. the ’70-’73) “federal” 5 MPH bumpers, which amount to putting braces on Scarlett Johansen.

The ’73 cars also – reportedly, some of them – got the SD-455 with the hotter cam, before Uncle descended.

Make mine Brewster Green, with the Hurst-shifted four-speed and the Honeycombs.