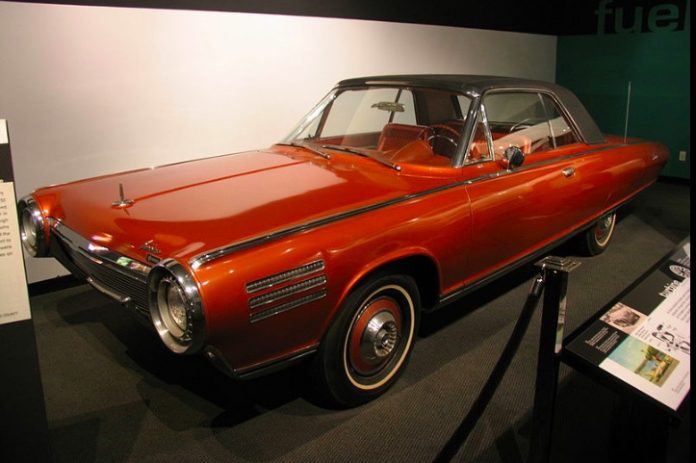 The failure of Chrysler’s turbine cars – back in the ‘60s – gives us a parallel, historical case study about why electric cars have failed today.

And yes, they have failed.

Else it would not be necessary to force car companies to build them – nor to pay off people to “buy” them. The fact that both things are absolutely necessary is damning evidence that electric cars are the rolling dead – so to speak. Or would be, if the things which drive their inanimate lives (the bayonet and the sawbuck) were to be withdrawn. 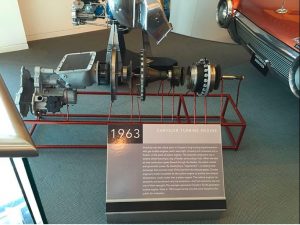 First, they were much simpler and so lower-maintenance than piston-engined cars.

A turbine – like an electric car’s motor/battery pack – has fewer moving parts. It does not need peripheral systems, such as a cooling system filled with antifreeze.

There is no radiator, hoses, thermostat, fan or water pump.

A turbine doesn’t need its valves periodically adjusted, its points set or its oil changed. 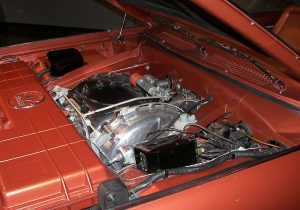 A turbine engine produces almost-instant heat for the car’s passengers, a boon in winter and just like an electric car – which generates heat not by combustion but by electrical resistance (heating a wire/coil) and passing air over the heated surface, via a fan, into the car’s interior. This is much faster than waiting for the engine in an IC-powered car to heat the coolant and then transfer some of that heat to the car’s interior.

The turbine-powered had other virtues, too.

It started easily in extremely cold weather (Chrysler tested them down to minus 20 degrees) something which most of the cars of that era had big problems with.

And a turbine can use almost any liquid hydrocarbon fuel – gasoline, diesel, kerosene. Even  Chanel Number 5 perfume – and that’s no joke; Chrysler actually demonstrated this in Paris.

They were the first “flex-fuel” cars. 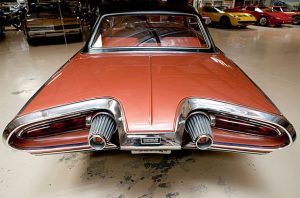 Plus, they were “futuristic,” different.

But the turbine-powered cars’ advantages and general coolness were not enough to outweigh its several disadvantages.

They didn’t melt the asphalt or peel the paint off the panels of any car within range of the turbine-powered car’s exhaust – as some fables have it. In fact, Chrysler went to great lengths to cool the exhaust of the turbine-powered cars (using heat exchangers) to a temperature of around 140 degrees – much cooler than the exhaust of a piston-engined car. 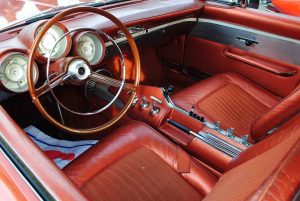 And they proved to be as everyday drivable as any other car – more so, in some ways.

Chrysler actually put 50 of them into circulation – in the hands of ordinary people, who signed up to participate in a pilot “public user” program.

The cars didn’t reveal any significant operational problems – unlike electric cars, which do have them.

The problem that slew the turbine car was its value proposition. 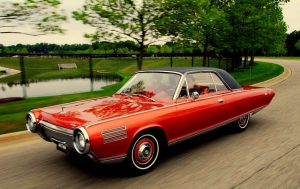 They were wallet-curdlingly expensive – just like electric cars are, today. Chrysler estimated the cost per car at about $20,000 in 1963 dollars.

And the turbine car’s mileage (whether running Kerosene or gas or Chanel Number 5) was about the same (mid teens) as that delivered by an otherwise comparable car of the period, which was a function of the turbine “idling” at 20,000 RPM.

So there was no economy advantage to be gained – and the operational advantages (including the convenience of being “flex fuel”) weren’t enough to over-ride the disadvantages of the wallet-curdling cost.

Which reduced the appeal of the turbine-powered cars to that of being different.

Just like the appeal – such as it is – of today’s electric cars. 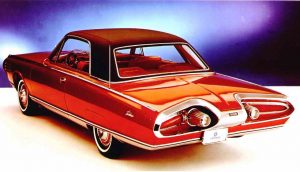 They cannot tout an economy advantage, because they cost so much more (even with heavy subsidies) than otherwise comparable cars.

Electricity may cost less than gasoline, but if the car costs 30-40 percent more than an otherwise comparable non-electric car, that becomes as irrelevant, in terms of economic considerations, as the value of sunscreen cream to a spelunker.

And while it’s nice to be able to charge up at home, it’s not-so-nice if you haven’t got time to wait for the car to recharge. These disadvantages outweigh the advantages, at least for most people – or rather, for enough people. The critical mass necessary to make the difference between success and failure.

Which brings us full circle to the difference between 1963 and today: 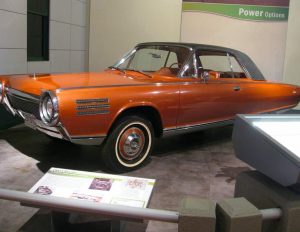 Chrysler’s turbine cars had to sink – or swim – on the merits. Of which there were more than today’s EVs.

Functionally, at least. There was the Flex fuel thing, of course. Handy.

And it didn’t take forever to recharge. Its range was about the same as that of any other car, too. But it wasn’t enough – because the car cost too much and didn’t save the owner enough.  Different only takes you do far.

There were no mandates, no subsidies back in 1963, so the turbine cars had to be better (more efficient, more economical, etc.) than the cars they hoped to replace.

They weren’t – and so became museum pieces. An interesting idea – but not a better one.

EVs aren’t better. In many ways, they are worse.

But they survive – thrive – because of mandates and subsidies.

They are a step backward – nudged forward by the bayonet and propped up by someone else’s sawbuck.