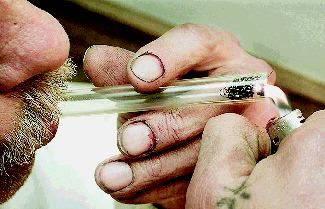 Trump is ascendant not because he’s a freedom jouster but because the people are exasperated with a clueless (and contemptuous of them) party apparat that for years has been trotting out one inbred Bush after the next, with Bush-like things in between such as Mittens and Ted. 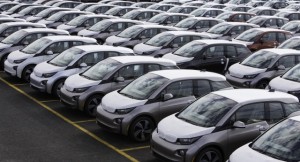 This is not a cheer for Trump. It’s a jeer at the elites.

The auto industry is just as clueless – and contemptuous – of the people who are its customers.

The article was headlined: Automakers’ Anxiety: Why Can’t We Sell EVs? The story went on to quote various auto industry crack pipe smokers such as Britta Gross, a speaker at the recent Electric Vehicle Symposium and Exhibition in Montreal. Gross is director of Advanced Vehicle Commercialization Policy at General Motors.

“Consumers (an awful word, isn’t it?) adore these vehicles,” she says. “People love the quietness, the smoothness, the seamless drive.”

They’re just reluctant – for reasons apparently inscrutable to Gross – to part with cash.

Despite huge subsidies and other forms of jump-starting, sales of electric cars are not just flat, they’re down by about 5 percent. Total sales amount to a literal fraction of the market – a few thousand of them (combined, every make and model) out of 1.4 million sales of IC-engined cars per month. 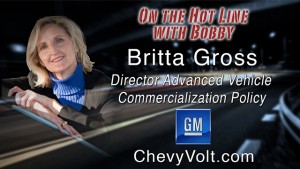 “Why don’t consumers flock to these vehicles,” Gross wonders? “What do we have to do?”

How about lowering the price?

The problem with electric cars isn’t that they’re not “quiet and smooth.” They are. So is a Mercedes S-Class.

The problem is that electric cars cost too much.

$30,000 to start for the “affordable”  ones like the VW eGolf. Most (like the egregious economic make-work project Tesla) cost much more. Even the Chevy Volt (which I think is ok, see here) costs about as much as an entry-level Lexus or BMW.

Axiom: The more an electric car costs to buy, the less it makes economic sense – regardless of its quietness and smoothness.

A Mercedes S-Class is of course also expensive.

But the difference is it’s supposed to be. Economic sense doesn’t enter into it. The Benz is a high-end luxury car. People buy them as an indulgence and to a great extent because they are expensive. Which makes them exclusive. You have something most people don’t and (if you can afford it) are willing to pay extra for the privilege. 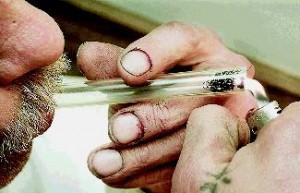 It’s exactly the reverse. The more they cost, the less they appeal.

Gross and Elon Musk and the other denizens of the automotive opium den have been designing electric cars that for the most part only affluent people can afford and then they wonder why people who can barely afford a six-year loan for a Camry or Civic steer clear.

I “adore” the Mercedes S-Class. It is a magnificent car.

The same applies to electric cars – only much more so. Because unlike an S-Class, an electric car’s primary draw is not that it is “smooth” and “quiet” but that it – hopefully – gets you where you need to go for less than an IC-engined car. This includes the cost to buy the thing – which can’t be too high or it negates any savings achieved by not having to fuel the thing.

If it doesn’t make economic sense – if the electric drive’s primary virtues are that it’s “smooth” and “quiet” and (as in the case of the Tesla) quick, then prospective buyers are not going to buy it on account of its fuel-saving virtues. They are going to compare the car to price-comparable IC-engined cars, using a different set of criteria, among them range and convenience. And while strides have been made in both areas, electric cars still can’t go nearly as far as an IC car and take forever (or so it will feel) to recharge when the battery wilts. 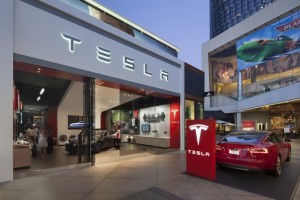 These issues worsen in less-than-optimum environments such as the heat of summer and the cold of winter.

People who spend luxury car money tend to not be too willing to put up with Hassles of any kind. They are paying top dollar to avoid Hassles. You don’t find port-a-potty toilets at Trump Tower – or AC that gets automatically turned off for the sake of “saving energy” at certain times of the day – for just this reason.

And if you did find them, probably you’d change reservations.

So it is with electric cars.

People looking to save money – not just on fuel, but also on the car itself – would probably be willing to put up with some Hassles – including the need to arrange one’s travel to accommodate the recharge times – provided the car makes economic sense.

If it reduces their cost of getting around.

This obviousness was ignored by the author of the article and an entire roster of car industry PR and marketing short bus occupants whose grasp of the situation is truly Forrest Gumpian. 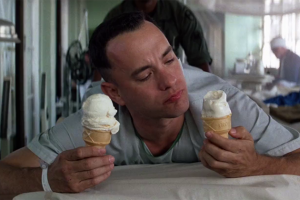 But the truth is, they’ve had to sex up the electric car. Because the technology is still too expensive and too functionally impaired to be a threat to the dominance of the practicality and economic sanity of the IC-engined car. It is probably not possible – without doubling-down on the subsidies that prop up the existence of electric cars as other than curiosities at car shows – to offer one for sale at a price that’s price-competitive (cost to buy and cost to drive) with Camrys and Civics and other A to B commuter car/family car appliances.

So, they’ve given up on that – and shifted over to trying to sell them at a price that puts them in the same segment as luxury-performance cars. Only they don’t (and can’t, absent a technological breakthrough that – like Peak Oil – never seems to arrive) perform as well as expensive luxury cars.

Which is why most people refrain from buying them.

This eludes Gross and the editorial staff of Automotive News.