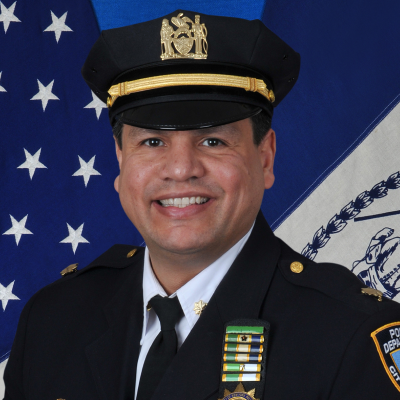 You have probably heard about “red flag” laws – which serve to deprive ordinary citizens of the protections afforded by the law – by siccing armed government workers on them when “someone” anonymously tells the AGWs that the person might be a danger to himself or others.

This is sufficient to send out the Hut! Hut! Hut! squad to the person’s house and – absent any charge of criminal activity – seize the person’s lawfully owned weapons and perhaps him as well.

Any “resistance” is sufficient to warrant summary execution on the spot.

Well, what about an AGW who tells his subordinate AGWs to shoot someone “on sight”?

No big deal; he was just kidding.

He being a NYC precinct commander named Emanuel Gonzales. The New York Daily News reports that during a roll call, Gonzales told his men just that. To shoot “on sight” the rapper 50 Cent.

No Hut! Hut! Hut! squad will be deployed to relieve Gonzales of his government-issued guns and – so far – Gonzales remains “on duty” and in charge of a whole squad of Hut! Hut! Hutters! These AGWs have no doubt relieved many “citizens” of their firearms for nothing more than possessing them.

Gonzales not only threatened to use them – he told his crew of AGWs to use theirs, on sight.”

50 cent does not find it funny. “The sad part is this man still has a badge and a gun,” he wrote on his Twitter feed. He also said he is looking into legal options.

Good for 50 – but bad for the rest of the country, which hasn’t got 50’s fame or money. This Gonzales cretin revealed his true attitude toward us – just as Hillary made the mistake of doing when she let loose her comment about “deplorables.”

The tragedy isn’t what Gonzales said. It is that nothing has been done.

The cognitively dissonant double standard holds. An ordinary person can be “red flagged” – and Hut! Hut! Hutted! –  over someone else making a claim about him. In other words, hearsay is sufficient to deprive an ordinary person of his rights. But an AGW – someone with tremendous official power to cause harm under color of law – can openly threaten to have someone shot and it is No Big Deal.

Which is as twisted as Dick Cheney’s conscience.

My Kingdom for a Horse!