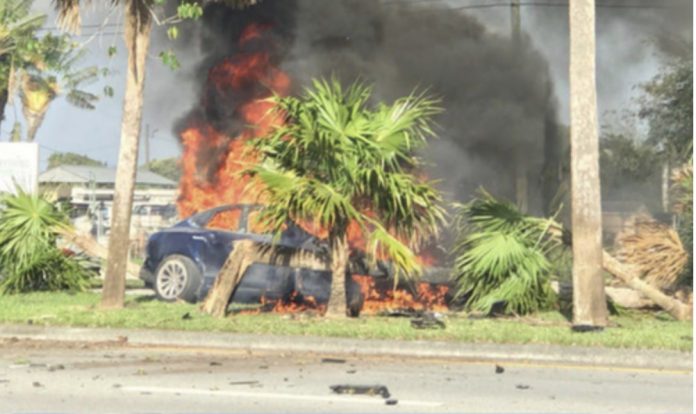 The owner of another Tesla has died – horribly – in Davie, Florida after his car struck a tree and burst into flames.

It then burst into flames again – post mortem – while the carcass was being hauled away to the wrecking yard.

And then once more, at the wrecking yard. News story here.

Unlike other cars, Teslas remain dangerous even after they wreck.

And not just Teslas.

The danger applies to electric cars in general, because the lithium-ion battery packs which power many of them are susceptible to spontaneous combustion if the structure of the battery – its case – is physically damaged as the result of impact forces in a crash and thermal runaway occurs.

Think Whack-a-Mole, except with a fire hose.

Electric cars are the only cars – other than Christine, the fictitious ’57 Plymouth with the body by Plymouth and soul by Satan – which can kill multiple times.

With no one behind the wheel.

Or at least, no one still alive.

EVs can kill in other ways, too.

Lithium-ion battery fires are unusually toxic. They release poisonous gasses, including hydrogen fluoride. When this stuff comes into contact with moisture – such as is present on the surface of the human eyeball, for instance – it converts into hydrofluoric acid and that can cause rapid destruction of corneas, resulting in permanent blindness.

Breathing the stuff can cause death from cardiac arrhythmia and fluid build-up in the lungs.

The government seems remarkably indifferent. This is interesting, given the usual (supposed) obsession with our saaaaaaaaaaaaaaaaafety. 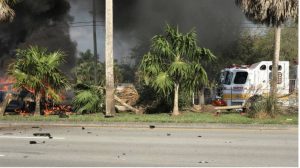 This is the same government which sics armed goons on people for not wearing seatbelts.

It is the same government which practically crucified VW over a theoretical risk to “public health” – a vague conception based on assertions about the effect of tenths of a percent differences in exhaust emissions from “cheating” diesel-powered cars – which haven’t been shown to have caused actual harm to any actual person.

As opposed to electric cars that have actually killed people – and will kill again.

EVs double-down on the danger of roasting their owners to death – or blinding/choking them to death. 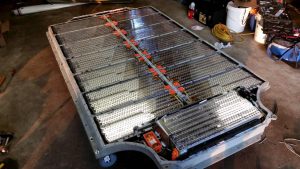 The EV’s battery pack is very big – and very heavy – and for that reason, is spread out over the length of the EV’s floorpan. Otherwise, the EV would have a very small trunk – or a very cramped passenger compartment – and also be tipsy.

So the pack is laid flat and low – and comparatively thin (vs. a gas tank).

But now you’ve got a battery pack that’s susceptible to being damaged – and auto-immolating – from almost any impact, whether from the side or from behind or from crashing into something, as in the Florida incident.

Gas-powered cars are inherently less vulnerable to going up in smoke because the gas tank isn’t spread out all the length of the car’s floorpan. Even pile-driving into a tree – as the Florida Tesla driver apparently did – usually won’t damage the gas tank, because it’s located in the rear part of the car. 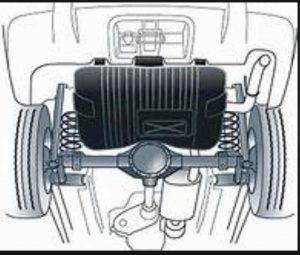 And even if the tank is damaged in a crash – and gas leaks – it won’t necessarily cause a fire. Because gasoline doesn’t spontaneously combust.

There’s also the happy fact that once a gas fire is put out, the danger is over.

There is also much less danger over time.

Because of wear and tear.

An old car’s gas tank may develop a leak; it isn’t necessarily dangerous. But an old EV’s aging battery pack could develop a crack – and that is very dangerous. Hit a bad pothole in your 12-year-old Tesla and… what’s that smell?

Better hope the doors unlock once the power shorts out.

How many will have to die before the government begins to show some . . . concern? 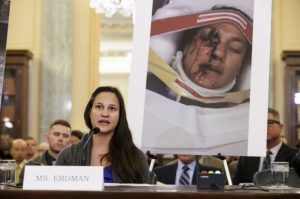 Right now, it is showing the same degree of concern about auto-immolating EVs as it has shown about known defective air bags – several hundred thousand of which remain in circulation because the government hasn’t issued a fatwa ordering them to be sidelined until they can be fixed.

All those pour souls who have to drive to work every day sitting inches away from a known defective air bag that could kill them aren’t even allowed to have the known defective bags temporarily turned off until they can be fixed.

And government goons will Taser you if you refuse to “buckle up” or wear a helmet on your motorcycle.

That’s how much the government cares about our saaaaaaafety.

The truth is that our saaaaaaaaaaaaafety is of much less concern to the government than getting us to accept EVs. Or rather, tricking us into accepting them.

It is analogous to a pet owner hiding an unpleasant-tasting pill in a meatball, to get the animal to eat it. With the difference being that the pet owner actually does have the best interests of Fido at heart.

The government’s true interests are murkier.

Clearly, saaaaaaaaaaafety is just a cover for whatever else it has in mind; whatever serves its interests.

One of those interests may be the fact that EVs will limit our mobility. They can’t go as far – and they take far longer to get going again. They are severely gimped by extreme cold – and high heat.

And they are very expensive – which serves the interests of the banking cartel, which wants us all in perpetual debt as much as the government wants us under control – both amounting to the same things, really.

Neither of them having anything to do with our saaaaaaaaafety.