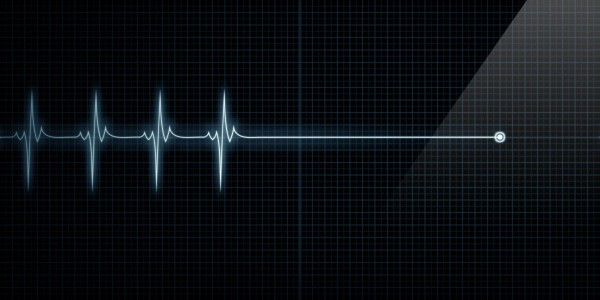 ABS can only do so much.

After going gangbusters for the past several years, new car sales are skidding all of a sudden – and the industry might just end up in the ditch, again.

The reason for the power slide is easy enough to grok –  the rising the cost of money – which is upticking alarmingly, if you’re in the market for a car.

Or trying to sell them. 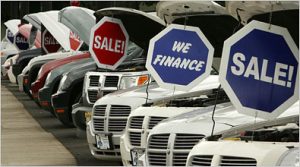 About 14 percent of people who took out a loan on a new car last month are paying more than 10 percent interest – and the average interest rate is now well over six percent.

Which is higher than it’s been since – interestingly enough – about ten years ago.

Which was the last Time of Troubles for the industry, back in ’08.

People talk about the bailout, but that’s not really what has kept the industry afloat since then.

Low (and no) interest financing has worked like the injectable plastic and make-up embalmers use to make a corpse look like it’s just sleeping. They make it possible for people to buy more car than they can afford – and for government to impose cost-adding mandates that people think they’re not paying for.

It works like withholding. If you don’t see it, you don’t feel it. Or so the theory goes.

If there were line-items on new car window stickers listing the cost of every federal fatwa – plus a profit margin for the car company, which is part of what you’re paying for, too – people would notice and perhaps object. But the costs are folded into the overall price of the car – and the cost of that price is hidden, in turn, by low (and no) interest financing. 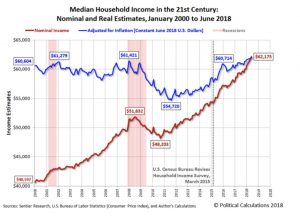 Thus, the average price paid for a car is now $36,534 – a number which ought to scare the skin off anyone who is tied to the car business in any way whatsoever.

Because of the other number.

Less federal and state taxes, mortgage/rent/utilities/food and Obamacare, the real median household income – the money available to spend on other things – is closer to $35 or $40k.

Even if half the people in the country were actually taking home $61,891 – and didn’t have to pay their mortgage/rent/utilities/food and Obamacare out of that sum – spending $36,534 on a car amounts to about 60 percent of their annual income.

Much more for those making less-than-median income – which is half of the population, to the left of the median. The other half – to the right of median – makes more, of course.

But not enough more, as regards most of them.

Most home loans are kept to 28 percent or less of the borrower’s income. For car loans to be held to the same standard, the median household could not afford to buy a car priced higher than about $17,000. 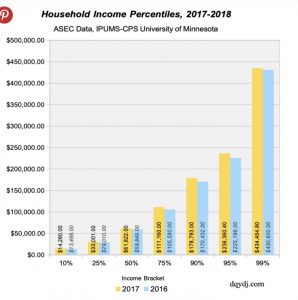 Or – looked at another way – it would take an income of $130,000 to qualify for a car loan on a $36k purchase using the same standards mortgage issuers use for home loans. How many American households have incomes of $130,000 or more?

It is insanity – and it cannot be sustained – at least not without low (or no) interest financing – and that has apparently come to a screeching halt.

It has done so because of the inherently appliance-like nature of cars as opposed to homes and other things of enduring – or at least not axiomatically losing – value.

You stand a decent chance of building equity in a home. You are almost certain to lose the equity you put into a car. Put another way, the car loan not only leaves you with next to nothing to show for it at the end of it, you are now in the position of needing to take out a new loan.

And the new loan costs more now than the last one.

What will the next bailout be? Will Uncle “guarantee” – that is, subsidize/wealth-transfer – low (or no) interest rates on car loans, in order to prop up what has become an otherwise unsustainable business?

Perhaps owning a new car will become a “right,” like health care. The “logic” isn’t much different.

Doesn’t everyone, after all, deserve to have a car with eight air bags, automatic emergency braking, a direct-injected turbocharged engine and 10-speed transmission? Plus a 12-inch touchscreen and heated leather seats?

When the next crash comes – and you hear the sound of screeching tires and breaking glass – don’t blame the car industry. Blame Uncle – and people who can’t do elementary school arithmetic with regard to their personal finances.

Tactical Manual: When – and How – To Run