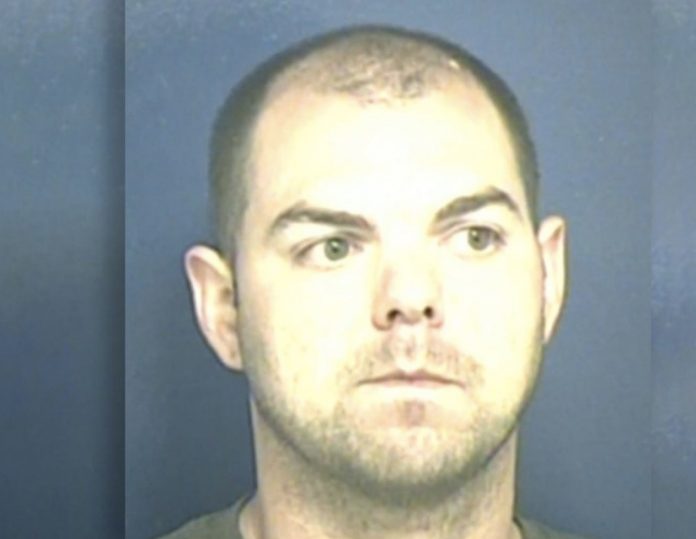 Alert reader AH sent in the following, about a North Carolina AGW named David Scott Burroughs, who bought arbitrarily illegal drugs and planted them in the car of his ex-girlfriend’s new boyfriend – in order to have him Hut! Hut! Hutted!

The AGW’s coworkers became suspicious when he told them about “anonymous tips” he’d received in May 2018 that the unnamed victim was “dealing drugs out of his car.”

“This started on a Sunday afternoon,” Anson County Sheriff Landric Reid said, according to FOX13. “By Wednesday, when we made the stop, drugs were at the same place in the car. That was a red flag because anyone selling drugs wouldn’t have them Sunday to Wednesday in the same place.”

The County Sheriff’s office then contacted the State Bureau of Investigation to probe the matter further, who found that Burroughs allegedly purchased heroin and meth and placed them in the victim’s car in retaliation for dating his ex-girlfriend.

“This was a revenge case where he planted drugs in this male’s car,” Reid continued. “This male was dating his ex, and he wanted revenge, and he wanted his ex-girlfriend back.”

Burroughs was promptly fired when the investigation was completed and arrested last week. He has since been released on bail and will appear in court next Tuesday.