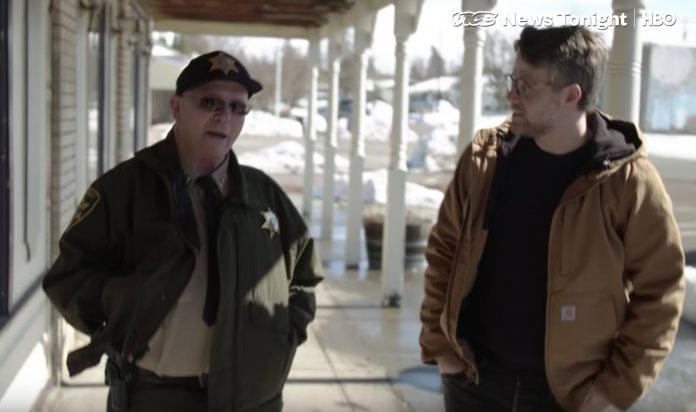 Cops still exist, here and there. As distinct from armed government workers, the new species.

An example of a cop can be found in Washington state. In a rural county, the local sheriff is refusing to enforce the latest people controls (styled “gun control” by those advocating them) and is getting flack for doing so, including by the metrosexual narrator of this video, who talks of the sheriff “making a big mess of things” by not Hut! Hut! Hutting! the newly created class of “criminals.”

The sheriff, Bob Songer, is refusing to do so because the people controls are contrary to the letter of the law – as well as its spirit. He refers to the Second Amendment, which – like the rest of the Bill of Rights – is the law of the land and has decided he will hew to it rather than laws made up by the busybodies and control freaks who style themselves “the government.”

The soft-spoken metrosexual narrator is clearly appalled. He talks of the “safe storage” of guns, but leaves the definition of “safe” (locked away and so useless) unsaid. Like all people control proponents, the narrator assumes his control freakism to be a moral given and imperative and cannot fathom anyone disagreeing. This is the signature psychological/intellectual defect of control freaks and busybodies. They are always right and others always wrong – not merely of a different point of view.

“It’d be one thing if Songer was acting alone,” the stoop-shouldered, scruffy bearded  squealer continues. “But across the country, noncompliance has become  the go-to response.” His (used loosely) voice rises to an almost feminine contralto. Government schooling having done its work. “In Washington, more than 20 counties are following Songer’s lead.” 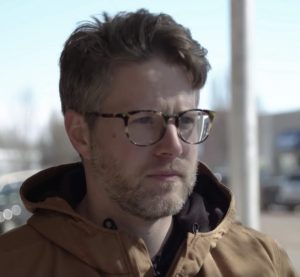 He looks on nonplussed as a local resident shakes the sheriff’s hand and the two exchange pleasantries. The twit then mewls about the sheriff’s obligation to enforce the law –  whatever the law is. You know, as they did in Germany once upon a time, too. Lots of laws to enforce there as well. The twit is surely a fan of those who didn’t enforce the laws in that case. But in this case, it’s a must-do.

The Mind of a Government Schooled drone. Behold.

The sheriff explains to the twit: “Well, you do if it’s legal”- meaning, not an affront to the Bill of Rights, which is the law, Mr. Scruffy (these testosterone deficient metrosexuals seem to all have scruff beards; it’s a kind of three-day shadow of masculinity’s retreat).

The Whiner practically stomps his feet while talking about how the metrosexual population of  cities such as Portland supported the people control laws.

The sheriff explains that he is elected by the people of his county and is represents them; the busybodies and control freaks in the state capital do not.

Notice that the state attorney general is also scruffy. It’s an interesting tell.

The other scruffy one – the reporter  – asks the sheriff whether this is “an insurrection.” The sheriff explains that if people control extends to Hut! Hut! Hut! confiscation attempts that, indeed, there will be resistance.

What is the alternative? Another question that never occurs to the scruffy ones. They take busybodyism and control freakism as the natural order of things, the Safe Space to which they are entitled and which they’ve been trained to since their Time-Out childhoods.

Their trust of “government” is the instinctive devotion a dog has toward its owner. They are lost without direction – and the leash and collar. Their food placed loving in the bowl. And when they see a wolf out in the field, it gives them the shivers. 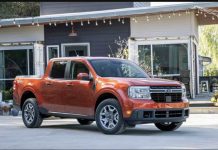