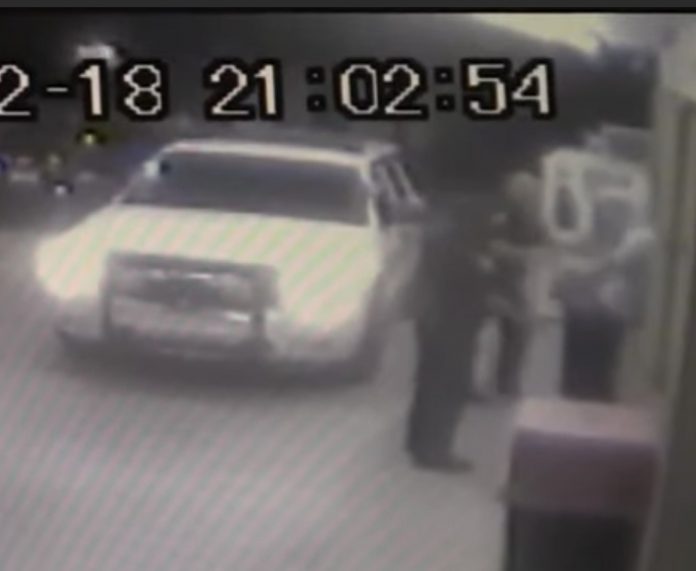 A video has surfaced – in the course of a lawsuit – showing a pair of AGWs brutalizing a man by knocking him unconscious with a sucker punch to the head. The man can clearly be seen not “resisting.”

It turns out the cold-cocking “hero” has done the same thing before – and the taxpayers had to cover it to the tune of several hundred thousand dollars. But the AGW continued to “serve and protect,” including the victim seen in this video.

The abuse is so obviously indefensible that both AGWs were taken off the street and put on “limited desk duty.” But neither were fired, let alone criminally charged- despite the obvious criminality of the actions depicted on the video and notwithstanding the AGW who threw the punch was known to have committed a similar Hut! Hut! Hutting! for which the taxpayers ended up having to dig deep.

It is beyond belief.

These AGWs are worse than pedophile priests. Or rather, the kid-glove treatment they get is worse. A pedophile priest would get arrested and charged if caught on video diddling a kid. They would not be sent off to another parish, or put on “limited desk duty.”

But an AGW can be caught on video committing a violent felony – under color of law – and no laws prohibiting such actions are enforced.

Turn it around and imagine the result if the man who got cold-cocked into unconsciousness had cold-cocked the AGW instead. Would there be any question about multiple felony charges?