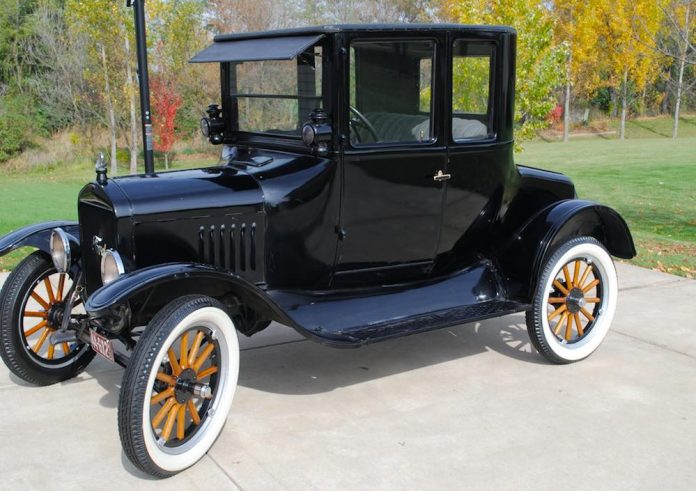 You will probably never hear a TED talk about it, but the fact is the most autonomous car ever made was last made almost 100 years ago.

Here was a car that did almost everything on its own – the defining essence of autonomous. It needed almost nothing from the external world except some gas in the tank. Not even a starter.

You were the starter.

Which meant that as long as you had at least one good arm and there was gas in the tank – gravity fed, so no worries about a fuel pump failing – you would probably not be walking.

It didn’t even have to have gas in its tank.

The Model T’s cast iron, 177 cubic inch four cylinder flathead engine could – and would – also run on alcohol or benzene or kerosene. Almost any combustible liquid would work in a pinch.

It was a “flex-fuel” engine decades before the term was coined. 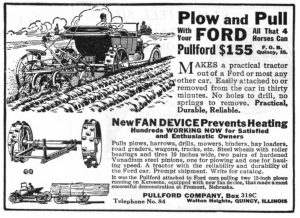 The T wasn’t very fast – top speed was about 45 MPH – but the thing was hard to stop. It had skinny tires, transverse leaf springs and more than a foot of ground clearance, which enabled it to cut through snow drifts, traverse creeks and cross over almost any terrain – decades before such a thing as a “crossover SUV” was ever heard of.

You could use it to plow a field, if you liked.

Almost anything that went wrong with a Model T could be fixed by its owner – by the side of the road – and with the few basic hand tools that came with the car. 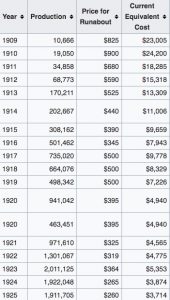 It was like a horse that never got tired. A faster, easier way to get from A to B – like a train – but capable of also going from A to C or D or Z, at its owner’s whim and on his timetable.

Ownership of a T made it feasible for people to spread out, however they liked.

You no longer had to live in town – or even near a town. Because now you could get to town – pretty much anytime you needed to.

Previously, Americans were more or less compelled to either live in town – or near enough to town – for a horse and buggy to get there in reasonable time. The T gave Americans the freedom to live and work almost anywhere; to come – and go – as they pleased.

The T gave its owner autonomy via mobility. The freedom to travel – anywhere, anytime. And affordably. Exactly what Henry intended. In his own words:

“I will build a motor car for the great multitude. It will be large enough for the family, but small enough for the individual to run and care for. It will be constructed of the best materials, by the best men to be hired, after the simplest designs that modern engineering can devise. But it will be so low in price that no man making a good salary will be unable to own one – and enjoy with his family the blessing of hours of pleasure in God’s great open spaces.”

The man who bought a T was able to move around more easily; he could traverse great distances in less time than the average human being had ever been able to before.

He was also economically autonomous.

The T was so inexpensive – $825 in 1908 – that almost anyone who had a job, even a menial job, could afford to buy one. Previously, cars had been largely hand-built toys for the affluent.

Henry Ford made them practical tools for everyone. 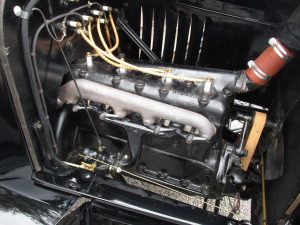 With each passing year, more people could afford to buy one because the price of a T decreased with each new model year. By 1914, it cost just $440 to buy one.

Only the original VW Beetle – which consciously emulated the design principles of the T – ever approached the degree of autonomy achieved by the Tin Lizzie.

No, it did not drive itself.

But it did put millions of average Americans behind the wheel – giving them independent mobility – and thereby autonomy – the likes of which they’d never enjoyed before.

And which has been under assault lately – sickeningly, in the guise of hugely complex, massively expensive automated cars – the product of a government-corporate nexus designed specifically to control and thereby limit the individual’s mobility. 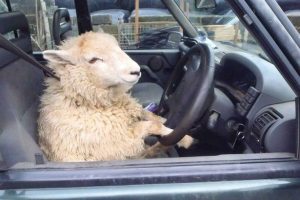 The driver reduced to mere passengerhood.

Allowed to travel from A to B, to the extent permitted by the external entities which exercise control over the automated car. You go only as fast as the programming permits and where and when and even if you’re allowed to go at all can easily be  – and inevitably will be – limited by forces utterly beyond your control.

If it stops working, you stop moving. There is no more fixing the automated car yourself than there is driving it yourself. You are utterly dependent on the car – which controls you.

Which car is controlled by others, who aren’t even known to you.

This is “autonomous” transportation in just the way that the money forcibly taken from an unwilling victim is a “contribution.”

It is the antithesis of what Ford had in mind.

But it’s exactly where we’re headed.