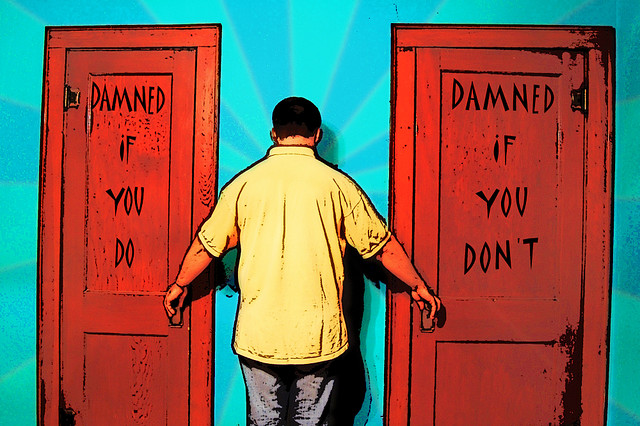 Did you know that when you’re stopped for no reason at a drunk driving checkpoint – well, stopped for no reason having anything to do with something you did to suggest you might be “drunk” – your refusal to participate in self-incrimination can result in your arrest, loss of your government permission slip to travel as well as the impounding of your car?

Your “cooperation” is not only appreciated – it is required.

This not-much-discussed aspect of Checkpoint USA is arguably even worse than the existence of Checkpoint USA – which came into being in the ’80s, when the government decided to re-interpret the limits of its own authority (a problem with government) by summarily decreeing it to be “reasonable” to randomly and arbitrarily stop people and treat them as presumptively guilty of having committed a crime. 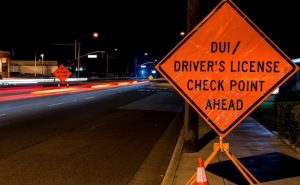 The thing George Mason and others who insisted on the Bill of Rights as their condition for reluctantly supporting the dodgy Constitution (which was confected by an elitist minority, behind closed doors and without any mandate from “the people” mentioned in the Declaration of Independence) feared would come to pass had come to pass.

Despite the Bill and its very lucid delineation of the the lines across which the government has no rightful authority to tread, the government simply “interpreted” the line more to its liking – at its pleasure.

The government became the arbiter of its own power almost as soon as the ink on the Constitution dried – limiting first freedom of speech (Alien & Sedition acts) and many other formerly sacrosanct rights of the people – including freedom of association and the freedom to actually own property – during the ensuing years.

In the ’80s, it cast aside the Bill of Rights’ very clear prohibition of unreasonable searches – which by any etymological standard encompasses the arbitrary and random searching of everyone who just happens to be available. 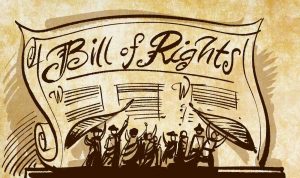 But it’s not just being forced to stop without your having given reason to warrant it – or forced to submit to a search just because the government is powerful and you are not.

In many states, there is the additional requirement in law that, if ordered to do so by an armed government worker, you must perform gymnastics by the side of the road to demonstrate you are not “drunk.” Or breathe into a notoriously inaccurate device which provides evidence that can and will be used against you.

If you decline to perform the roadside gymnastics – for any of several practical and moral reasons, including perhaps because you aren’t coordinated and are nervous and the prospect of stumbling in front of the AGW, who will seize that as evidence of your “drunkeness” alarms you . . . or decline to “blow” into the apparatus presented by the AGW because you are aware of the notorious inaccuracy of roadside Breath Tests and prefer not to participate in self-incrimination that way … either is cause by itself for the AGW to apply handcuffs and take you to a cage and your car to an impound lot. 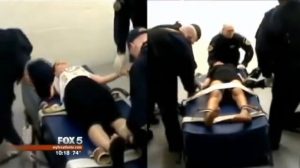 It does not matter that nothing has been proved against you. Your refusal to provide evidence is the evidence.

You are effectively tried, convicted – and punished – for being uncooperative. This has become a very serious de facto offense, even in the absence of any statutory offense.

And the “conviction” sticks even when de jure innocence of any statutory offense – including the “drunk driving” charge you were cuffed and stuffed for – has been established later on.

They win, you lose – regardless. Black Friday Ads of top retailers will be the center of attention in November.

The person who refuses to cooperate by self-incriminating or who simply objects to the idea of cooperating with those attempting to incriminate him is automatically subject, in many states, to the immediate forfeiture of government permission to travel (i.e., one’s driver’s license) even if it is later determined – as by forced blood draw while in the custody of AGWs – that the victim had zero alcohol in his bloodstream. 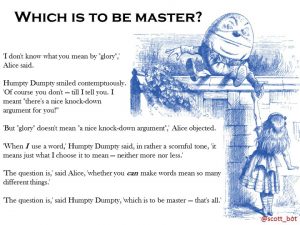 It’s only a little bit removed from water-boarding or the use of the Iron Maiden – both of which are probably coming.

The legal concept of subjecting a presumptively innocent person – which used to be every person not actually convicted of a criminal act by a jury after due process of law – to duress in order to suborn his “cooperation” in his own prosecution is literally Medieval. The sort of thing done in dungeons by black robed, hairy-armed inquisitors in the employ of the Church or the King.

Today, the inquisitors wear body armor and have tattoos; are jacked  up on steroids rather than Jesus (though some of them profess that as well) and the duress is administered in a euphemized and bureaucratized manner intended to make it seem All Right.

But it is not All Right for state authority especially to subject an innocent person – whatever you may think he’s done – to hot irons and thumbscrews or any other form of duress in  order to make it easier to prosecute him.

And it is far worse to apply punishment to a presumptively innocent person for objecting to being treated as though presumptively guilty – who insists on being proved guilty of something other than being “uncooperative” before the state applies punishment.