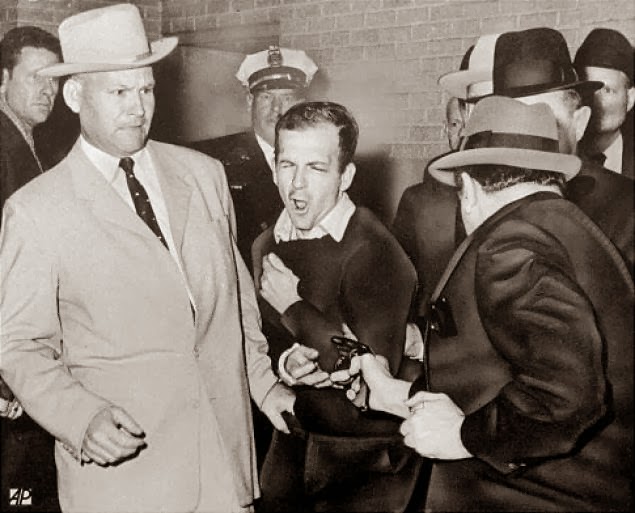 It was surprising to see Lee Harvey Oswald silenced on live national TV by Jack Ruby. Lee had just (supposedly) murdered the president. Precautions to keep him capable of speech seemed indicated. He shortly was made otherwise.

Jeffrey Epstein may not have killed the president – but he entertained at least one. Who is married (technically) to another would-be president. Others of potential interest were also, apparently, entertained by Epstein.

Who is now incapable of saying a thing about any of it.

One thing has been said, though – and it’s worth listening to over and over and over, until it finally sinks in: The government is incompetent. Say it again. As many times as it takes.

The government is a kind of metatastic duncery – a warehouse for the stunted. They should be treated as such – like mildly retarded children you hide the scissors from. They cannot be trusted to do anything competently – and yet, their serial incompetence is permitted to bolix up practically everything, from cars to the medical system to the keeping alive of a high-placed perv who probably had the goods on other high-placed pervs whose names and deeds we will likely never know now.

Because a bunch of government workers couldn’t – so we are told – prevent the high-placed perv from offing himself before he could unburden himself.

If Epstein’s Lee Harvey Oswalding was the result of incompetence, it is dispositive evidence that “incompetence” is an insufficient word to describe government. The works. All of it. This didn’t happen in a southren lock-up in the back of an old gas station outside of Birmingham to a local creep who woke up dead and that’s that.

It happened in New got-damned York. The feds were aware. This Epstein guy was at least as important in his own loathsome way as Oswald was and everyone knew it. Yet he was – apparently – handled as indifferently as some guy picked up for DWI. Eyes were not kept on him at all times – or even a closed-circuit camera. Like JFK’s brain, the recording has apparently vanished.

Epstein was also allowed to have the materials needed to do himself in – assuming he didn’t have help, in the manner of Jack Ruby helping Lee Harvey Oswald.

We’ll never know which it was, of course.

And the Lolita Express flies on.