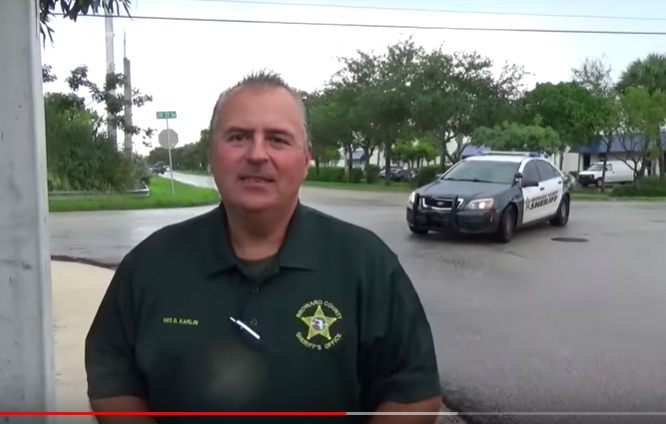 Armed government workers really dislike it when they feel that their Authoritah has been challenged . . . no matter what the law happens to be. A surefire way to arouse the inner Hut! Hut! Hut! of an AGW is to video record their their nests.

This is entirely legal – so long as it’s done from a public sidewalk or other area the public has a legal right to be. If the AGWs or their nest are visible from the public-access area, it’s legal to take video.

AGWs have to know this by now. If they don’t, they have no business in “law enforcement,” as they like to style themselves – since not knowing the law (and enforcing their feelings rather than respecting the law) ought to be an automatic disqualification for “serving” as a law enforcer.

Of course, it doesn’t. As here.

These AGWs are foot-stomping furious about their nest being filmed. Their inner Hut! Hut! Hut! has been triggered.

The man accosted has to explain the law to the law enforcers. After much hemming and hawing, the AGW sulks away.

Of course, no arrest for assault under color of law for the AGW. No mandatory remedial education about the law, either.

Free to Hut! Hu! Hut! the next citizen who affronts his Authoritah…