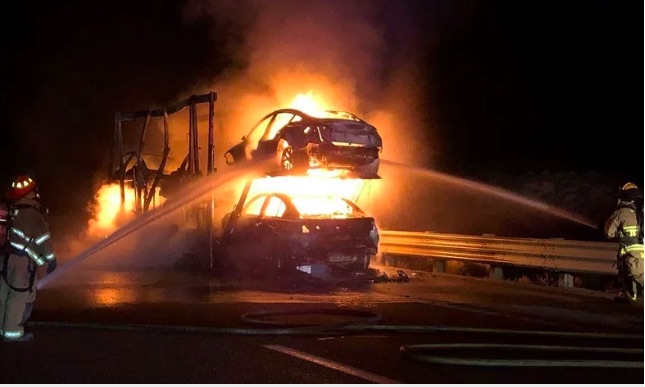 Five Teslas, an unlucky Subaru and the trailer hauling them went up in smoke earlier this week in Elko County, Nevada.

The driver separated the truck and front trailer from the rear trailer and moved them to safety, according to local media coverage of the flambe.

The Carlin Volunteer Fire Department responded first to the scene, finding multiple cars on the rear trailer “fully engulfed in flames when they arrived,” the Elko Daily Free Press reported.

“All five Tesla vehicles plus the Subaru were a total loss, as well as the trailer carrying them,” the newspaper reported.