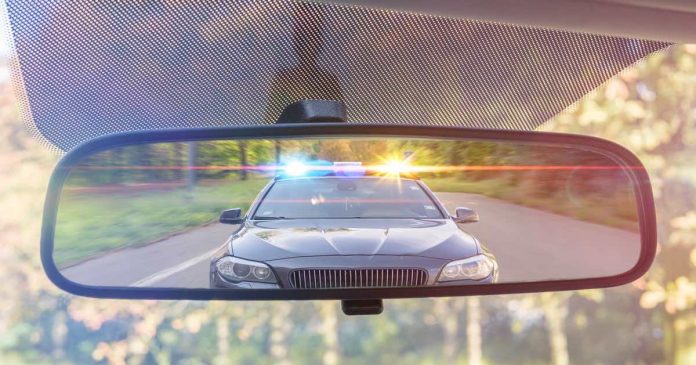 It used to be that roadside mulctings were primarily, even exclusively, motivated by simple money-lust. Traffic enforcement as a kind of random tax-raising effort.

Many towns and even cities in the United States are extremely dependent on the “revenue” – as it is styled – which is generated by the fleecing of motorists. This is why there are so many “infractions” – and it is why many of them are deliberately contrived so as to assure almost every motorist will be “guilty” of at least one “violation” every time he drives.

Examples include absurdly under-posted speed limits that are often functionally impossible to comply with – unless you want to get run over. And pedantic requirements about exactly where one must stop at a stop sign – and how long one must stop. The touching of a yellow line, etc. 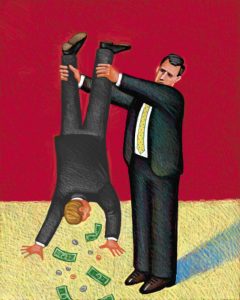 But now the object now appears to be to punish driving as such. In order to discourage driving as such. To make it so teeth-grindingly unpleasant – and impossibly expensive – to drive that people will give up driving in favor of government/corporate controlled collectivized driving schemes.

Electric/automated cars are intended to play a major role in this “transition.”

People are soothed with images of a carefree future in which they’ll no longer be mulcted; in which they’ll be smoothly/quietly and speedily whisked to their destination, sleeping in transit if they want to.

And the check’s in the mail.

Is it a done deal? It may well be.

My sense of things is that car culture is in the same general back alley as being interested in the crazy ideas put forward in the Declaration of Independence and the entire backdrop of Enlightenment/humanistic thinking which preceded it. 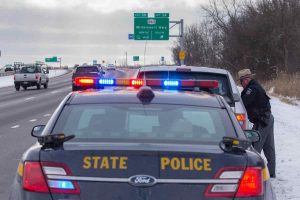 Yes, of course, there are still people – including some young people – who are interested in cars and driving; who are not interested in becoming meatsacks gaping at cell phones while being transported by a pod under the control of the government/corporate nexus.

There are also still a few people who believe in that old-timey idea, the pursuit of happiness – but don’t believe they have a right to have happiness or anything else at someone else’s expense. That they are owed happiness – and health care and housing, a college education, a “living wage” and maybe sushi once a week, too – by the beneficent Oz styled “government,” which gets them all those things by serving as a middleman-at-gunpoint, stealing the funds from others then redistributing them while keeping a portion for itself (along with the far more valuable prerogative to steal at will, legally).

Both species – the car guy (and car gal) and liberty guy (and gal) appear to be in the minority – which is very bad news when “rights” are a function of the vote.

Worse, though, is the daunting indifference to both cars and liberty.

A kind of paralysis of inevitability has set in. Both as regards driving (and its end, as an autonomous activity not under the control of the government-corporate nexus) and the mopping up operations directed at our remaining freedoms-of-action (including being free to speak and write our minds, decide for ourselves whether to be “covered” by health insurance and so on).

As regards driving and cars, because it is no longer much fun to drive. Fun – these days – requires being furtive because most of the fun things you can do in and with a car are illegal and subject not only to a mulcting but to a Hut! Hut! Hutting!

What fun is it to drive a Corvette that you can’t legally drive any faster than a Corolla? You’re paying four times as much to go just as slow.

It’s still possible to have some furtive fun. Cameras aren’t everywhere yet. Just almost everywhere. What happens when they are everywhere? When it becomes impossible to have even furtive fun? What will be the point in owning a Corvette – or even a Tesla S, for that matter – when every single deviation from The Allowed will be immediately seen and automatically punished?

“Ludicrous Speed” isn’t going to be legalized, by the way. That is just a marketing ploy to sex up the EV – in order to further the objective of getting people out of their non-EVs.

At which point, of course, “Ludicrous Speed” will be programmed out of the EV.

People are deluded if they buy into the con that they’ll be meatsacking around at high speed, that speed limits will be raised – or even abolished – when we’re all nudged into automated electric cars.

They miss the point.

And as regards the rest – well, it’s hard to stay focused on the pursuit of happiness when you are required to provide for the happiness of others, at gunpoint. When the beneficent Oz styled “government” won’t leave you free to pursue your own. And makes it all but impossible for just that reason.