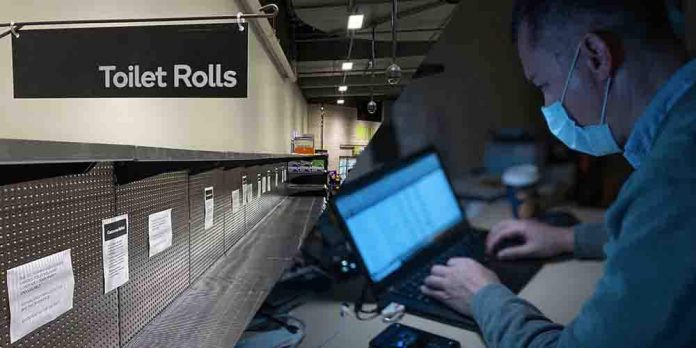 An economic pandemic is spreading that will kill the livelihoods of millions of Americans – who will soon be unemployed, their businesses bankrupt, their savings consumed.

The American way of life itself is in the balance – not just for a few days or weeks or months, but quite possibly forever.

And quite possibly, on purpose.

The end of free travel. The end of free association. No more gathering in groups – which would include political gatherings. A national “lockdown.” The strong possibility of forced “testing” and forced vaccination – with who knows what’s in those needles. Soviet-style food queues. A Soviet-style police state – to deal with “unrest.” For our saaaaaaaaaaaaaafety! 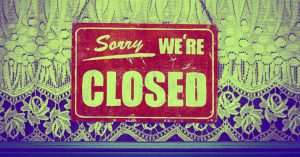 It had better not be deliberate.

It may already be too late.

This virus – the fear about this virus – has done what pile-driving jets into tall buildings didn’t come close to doing. Except for the airplanes not flying for a couple of days and the  stock market closing for a few days longer, economic life didn’t stop after the “enemies of freedom” struck almost 20 years ago. 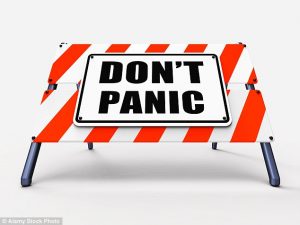 A few thousand people sick – almost all of them not dying – has practically shut down the entire country, with the government intimating it will not re-open for months. Do people understand what this means? What the result of this will be?

If people stop buying new cars for one week because dealers are forced to close shop – which has already happened in at least one state – or because instantly unemployed people are no longer shopping for new cars – it will cost the car industry $7.3 billion in earnings – and cost 94,400 Americans their jobs. It would also cost the government some $2 billion in taxes.

That’s one week. How about three months?

Ford was already in precarious financial condition before Corona Fever struck. A couple of months of people not buying Fords could mean no more Ford. And no more GM and the rest of the industry, too. Including Tesla, Rivian and the rest of the artificially induced electric car industry, which was even more precariously perched – utterly dependent on subsidies to “sell” EVs to people who otherwise would never have bought them because most of them could not afford one absent the $7,500 per car carrot dangled in front of them.

How will they afford any new car when they’re no longer working? A set of tires becomes an insurmountable expense when you are sweating how to pay for your next meal.

Will Uncle bailout the industry – again? The whole country?

Ours, of course – assuming we have any left to steal. Better not leave any (if you have any) in the bank. See Cyprus for a preview of what may be coming to a bank near you. Or maybe they’ll just print money . . . making whatever money we have left not worth the paper it’s printed on.

The only good news is that the cost of gas has already fallen to less than $2 per gallon . . . which would be great if people had money to fill up their cars – and anyplace to go.

All for what, exactly? 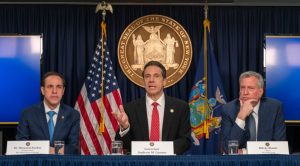 During the 2019 flu season, millions of people got sick and at least 1,300 of them died. For some reason, the media did not herald the reaper; businesses weren’t closed – either by government edict or because their customers had been scared away by the media. It was just the flu. Most people who got it didn’t die and most of those who did die were close to dying anyway. The flu merely pushed them over the edge of the end-of-life cliff.

Of course it’s a sad thing if it’s your grandpa – or yourself, if you’re the grandpa. But no grandpa lives forever. Death is a natural part of life once you get old.

What’s not natural is the almost overnight pillow-snuffing of a healthy economy – the best economy Americans have had in years – for the sake of a worst-case what-if scenario that could end up doing no more permanent harm to most people’s health than a bad flu season – and maybe less.

But the very real harm being summoned by the hysteria and the overreaction to it could prove fatal to everyone who doesn’t get the virus and everyone who gets it and who recovers from it.

Of course, the virus could be worse – and maybe it will be – but then, we’ve been told the same about the “climate crisis.”

Perhaps because that didn’t sell, something else was needed.

2030 – the date set for The End – is getting too close for comfort. Things should be going horribly, obviously wrong by now or at least soon.  If not, people will begin to notice. Then question.

Which would be an entirely different kind of crisis. But not for us. 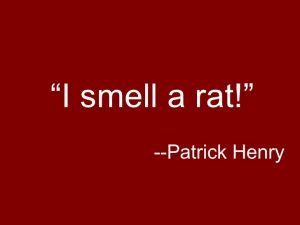 The whole Corona Thing thing smells wrong. It is too convenient. It is too fast. It serves too many nefarious purposes. It may achieve what nahnlevven didn’t – and what the “climate crisis” seems unable to achieve, despite Herculean efforts toward that end: The corralling of the populace with its fear-addled, lowing consent. The destruction of the economic life of America – so as to impose the elite’s political agenda on Americans.

What H.L. Mencken said 100 years ago wasn’t so much analysis as prediction. “The whole aim of practical politics is to keep the populace alarmed (and hence clamorous to be led to safety) by menacing it with an endless series of hobgoblins, all of them imaginary.”

But lethal, just the same.