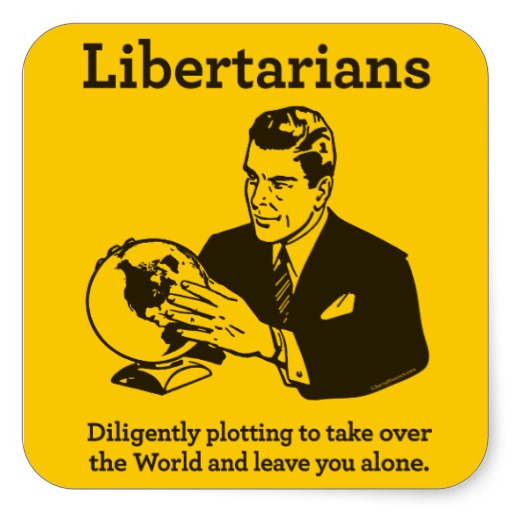 A reader sent in a thoughtful question I think deserves to be answered at some length. Chris asks:

I in general consider myself a liberal-thinking person — I believe one’s sexuality, religion, etc., are their own business and should not be dictated by government, for example.

I am also in an informal Humanist/Freethinker group in my area. However, since the Corona shutdowns began, all of the members of the Facebook group for that meetup group have been posting about how they admire our state’s governor and health director for shutting down non-essential businesses, banning gatherings, etc. (all this while more state unemployment claims, including my own, have been filed in the last two months than in all of 2018 and 2019 combined.) One group member even posted today they’d be willing to make masks for those who “needed extra ones.”

Tonight, a video was posted in the group by Seth Andrews, who hosts a “Thinking Atheist” website.  It was a seven-minute rant about specifically a Tennessee pastor who was leading protests, then calling Americans who violate social-distancing “a potential infection point and a health hazard to everyone they meet” and “no one’s getting they’re liberty taken away, everyone is still an American, it’s not about you, it’s all the lives of all human beings” I personally refuse to be considered a presumptive “threat” (infected) without a shred of evidence to prove that I am.  (What happened to the “burden of proof” on the person making the assertion/accusation?). I also refuse to be treated like a prisoner (stand here, walk this direction, wear a mask, etc.) when I’ve committed no crime.

These people claim they’re “freethinkers” — yet they propose accepting everything the government tells them without question. I feel betrayed by these liberals — I thought liberals were supposed to *favor* liberty and freedom of choice/conscience. But it appears they only favor “freedom” when it comes to their own viewpoints. Have you had many personal interactions with liberals such as these, and is there a way you’ve found to reach them and make them realize they’re really not “freethinking” at all — that they’ve just substituted traditional religion for the “religion of the state”, just as Communism did?

I, too, am a Freethinker – but unlike the ones you’re dealing with, I believe in freedom generally. They don’t.

They also apparently do not think.

For decades, I have been trying to get people to understand the danger presented by presumptive guilt. To appreciate the injustice of punishing people because there is “concern” they might cause harm.

But the opposite principle has been so widely accepted it is now ingrained and not even necessary – for people like your “Freethinkers” – to even address it. And it has become the basis for everything from mandatory seatbelt laws and insurance-at-gunpoint to its ne plus ultra expression in Sickness Psychosis.

Just as “someone” might lose control of their car and cause a wreck and therefore everyone must be punished if caught driving without insurance – or faster than an arbitrary number posted on a sign – so also must everyone stand here, walk in between these lines, wear a mask – and so on.

Note the absence of specificity; the endless vagueness of it. The arbitrariness of it. Also that it is not a defense to to point out that you, specifically, haven’t caused any harm to anyone. It does not matter.

Therefore, everyone must obey – or else.

Your not-Freethinkers are not thoughtful enough to understand the implications of this, apparently – which reach much further than “stopping the spread.” When anyone’s actions or failure to act a certain way could, possibly, result in harm to “someone” then everyone is subject to pre-emptive guilt and punishment for anything.

And it is not coincidental that your unthinking friends now favor everyone being treated as a presumptive Typhoid Mary, on the same basis. It is because they do not think about principles, or don’t care much for them.

Such people are far more dangerous than a virus or even a stray nuclear weapon because the damage they can do – in the name “safety,” security” and now “health” – is without limit.

It is based on emotion – on how they feel about a risk they cannot specify. Such and such is “too much” for them.

Emphasis on for them.

What gave them the right to decree acceptable risk for others? This is an incredibly arrogant as well as dangerous notion. It is “too risky” to drive without wearing a seatbelt, or to not buy health insurance or to allow other people to freely associate  . . . for their tastes.

Not grasping that others may feel the same way about things they believe aren’t “too risky” but are just as subject to pre-emptive punishment on the same emotional/we-are-concerned basis.

They will recite, like a mantra, the foregoing rationale that “someone” (they will use other words, such as “people” or “society”) is put at risk by the things they are “concerned” about – but note that they are not articulating that a specific person has caused an actual harm to an actual specific person.

This upends 1,000 years of Western civilization by upending the idea that a victim must be produced in order to establish that a crime has been committed and that punishing a person who has not actually harmed someone else is nothing less than harming them because you or others do not like what that person has done and desire to inflict suffering on him – which is itself a crime.

Your “Freethinkers” apparently do no understand that freedom, to have meaning, must mean the freedom to assume risks. To be held accountable, of course, if the risks assumed do result in harm to someone else.

And to be left in peace so long as they do not – no matter how much others may be “concerned.”

That is freedom thinking, which your friends might try thinking about!

False Hopium and the Pompadoured Fail