Dawn asks: I don’t have a car question but I do have a question about your all-time favorite car movie. . .

My reply: Answering this with just one movie is like having to pick just one type of beef jerky! If I have to pick just one, I suppose it’s gotta be Smokey & The Bandit – because the car is the star of that movie. Not just one of the cast, as in other great car movies, like Mad Max, The Road Warrior, Vanishing Point and Bullitt. Other honorable mentions include The French Connection, The Wraith and The Car – which is also mainly about the car. I’d also include  Speed Racer – though of course it’s a cartoon and not a movie. But the Mach V was a very formative influence on me! 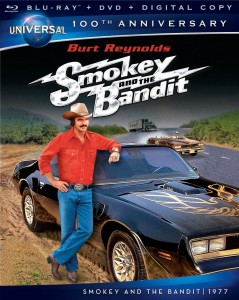 But even more so Smokey & The Bandit  – which ignited my obsession with ’70-81 Trans-Ams and driving them appropriately.  I think the film clicked for me to the extent it did in part because the ’77 Trans-Ams (plural, they trashed several during filming) were real cars that a regular person could realistically aspire to own – and eventually, I did.

My current TA is not black and gold and isn’t a ’77. However, the TA I owned prior to the current one was a black and gold ’76 TA – which was the first year you could get a black Trans-Am and the original year for the now-iconic black-and-gold paint scheme with German-style (fraktur) lettering. My understanding is that the movie was going to use ’76 Trans-Ams but delayed filming resulted in the movie cars being ’77 TAs – painted in the same livery but with the new front clip with four headlights rather than the two round headlights the ’76s had.

The ’76 black and gold cars were LEs – marking Pontiac’s 50th Anniversary. The ’77-up cars were SEs – special editions – and they came with either the Pontiac 400 V8 or the Olds 403 V8, the latter paired only with a three-speed THM350 automatic. The ’76 LE cars came standard with the Pontiac 400 – with manual or automatic. Or the last-ever-factory-installed 455 V8 with the manual only.