It is astonishing what you can get away with if you hawk the virtues of electric cars.

Tesla has become the world’s most valuable car company by losing money on every electric car it “sells.” The company makes money selling shares – based on anticipated forced-demand via EV mandates – and via extorting other companies that make cars that actually sell by using the mandates to force them to buy “credits” for the EVs Tesla makes.

Its cars are so poorly put together they make the cars GM was making in the ’80s seem quality. Its business practices are arguably predatory and its customer service abysmal.

Despite this, the fawning coverage continues   and almost everyone pretends the Emperor’s new clothes are the duck’s guts.

Then there’s Nikola – another EV dog-and-pony show that has grossly slandered the name of a genius who is no doubt spinning in his grave faster than a Mikita drill. Tesla EVs at least move under their own power, if not for very long.

Nikola sold investors – marks – on an electric semi truck it rolled (and filmed) going down a hill under the power of . . . gravity.

Ordinarily, this would have ended the company – and all involved. VW was hounded almost to Hell allegedly because its cars “emitted” an infinitesimally higher amount of oxides of nitrogen than allowed by law  . . . but  actually because these diesel-powered cars could travel as far as 700 miles on a single tankful, took less than 5 minutes of refueling to be ready to go another 700 miles and only cost about $23,000 to buy and made money at that price for VW.

This was garlic to the EV’s Dracula. VW had to have a stake driven through its heart . . . for Dracula’s sake.

Now gimps along this Nikola thing.

Reports of serial shysterism by a legal team hired for an internal investigation by the company itself have surfaced like a Baby Ruth at the swimming pool. These include ah-yes-my-little-chickadee claims made by Nikola’s founder, Trevor Milton about the company’s ability to produce inexpensive hydrogen (to power fuel cell EVs and thus de-couple them from the electric umbilical cords that limit their range and increase the hassle of having to plan trips around recharging sessions) as well as the egregious staging of the non-functional Nikola semi rig. 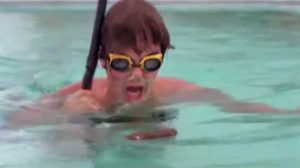 Milton was forced to step down as chairman of Nikola last fall after an expose of the rigged semi show by Hindenburg Research but he wasn’t charged with crimes, much less frog-marched like OJ before a judge – as VW executive Oliver Schmidt was.

Keep in mind the rigged semi show was meant to defraud investors by leading them to believe that Nikola had a working electric semi rather than a rolling static display of one. The fraud was large-scale and could have resulted in millions of dollars being ripped off to line the pockets of Milton and other insiders, who knew they didn’t have what they were claiming they could deliver. 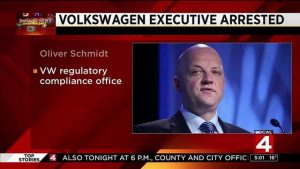 But no biggie, because their politics were in the right place.

The SEC and the DOJ are investigating Nikola and there a bunch of lawsuits in process, filed by some of the marks who bought into the fraud. But there is nothing like the juggernaut of breathless, finger-wagging coverage of this fraud by the poodle press, which also rarely has anything even mildly critical – i.e., factual – to say about Tesla’s ongoing fraud. 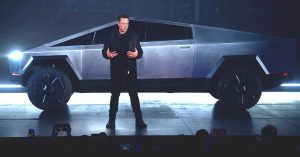 A good example of this being the recent announcement by Tesla that it would not be selling the “affordable” version of the Model Y – its latest model – it had promised it would sell. That version – which stickered (briefly) for $39,990 – has been dropped and now the only version of the Model Y you can buy is the one that starts at almost $50,000.

This is a gyp on par with the ads that lure buyers into a dealership by touting the availability of a car at what appears to be a too-good-to-be true price . . . which it always is. You get suckered into going to the dealer, where you discover that the advertised model you were interested in “isn’t available”  . . .  but have a look at this one, which is. 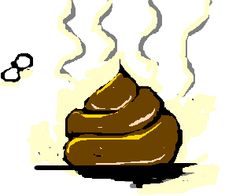 “Consumer advocates” used to expose and excoriate such gyps and those behind them, as is right and proper. If Toyota built shoddy cars with poor panel fitment and lousy paint, you’d hear about it.

Toyota would never hear the end of it. Just ask GM or Ford or Chrysler, which to this day suffer from the exposing of their shoddily-built cars of the ’80s and ’90s.

Even if it stinks to high heaven.

Another AGW Pummels Another Handcuffed Victim