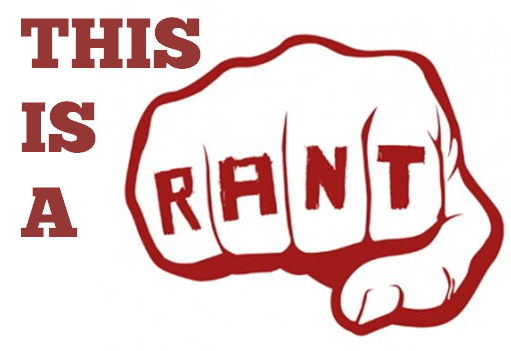 A reader who works as a flight attendant sent the following, which I reprint to convey a sense of the awfulness that air travel has become:

I’m a flight attendant as well as a food delivery person. With flight attending it’s beyond disturbing. I see sheep every day that are wearing not one Diaper, not just two Diapers, But two Diapers plus a face shield. My airline sells mental illness better than an other airline; it’s sad and aggravating at the same time.

I was actually grounded for nine months because I cannot wear a holy burka – because I cannot breathe, let alone the mental issues it gives me. Well, after a long dog and pony show with my airline, where they tried to get me to sign a document that stated, “if we cannot accommodate you within two years we can terminate you” and I stood up to them and refused to, they had to cave. So they got me a piece of theatre that looks like snow ski goggles for my nose and mouth so I can at least breathe when I unfortunately have to pretend to be sick at work. 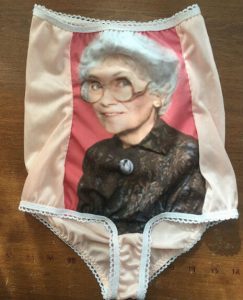 When passengers comment about it, I don’t hold back. I say, “I hate this thing. It’s beyond uncomfortable and I would rather sit on nails than have something on my face.” I sometimes will say, but have to be careful because the airlines are the 4th Reich and you don’t know who will snitch, “and it’s completely unnecessary for me to be wearing this piece of theatre.”

What annoys and bothers me to no end is, the airlines literally admit, in their safety spiel, that this whole thing is a hoax.

“In the event of a decompression, remove any face coverings and put on an oxygen mask.”

We actually admit these face coverings are nothing but theatre which is why you have to take them off to breathe oxygen in a decompression. If these useless things were so easy to breathe through, you would and could put the oxygen mask over it, but that is not nor ever will be the case because it’s for show only! 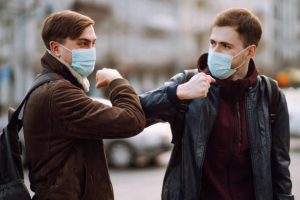 I am the only sane person that has picked up on this and I picked up on it instantly because I question everything. I point this out to fellow non-sheep and they don’t even realize we admit this in plain sight for everyone to see and hear. Yet no one else sees or hears it because they are so programmed.

Anyway, when I don’t have to pretend to be sick with the airlines, and I’m doing food delivery and I’m seeing an alarming amount of Diapering.  I also live in one of the weaponized hypochondria capitals of the world (redacted, for the sake of assuring anonymity). When I’m doing food delivery, everyone looks at me like I’m from another planet, because I show my face, which I obviously am. They live in COVID-19/FauciGatesVille where everyone is sick and dying, which is all in their head.  I live in real reality where none of this is happening because I canceled fake stream media a long  time ago.

It’s sad to see this stuff on a daily basis and know just how much mental illness is spreading like wildfire.  I use your line now, “it’s good to see your face” when I see a fellow non sheep.
I have come up with another line for the sheep, if they are intermingled with a non-sheep, like a couple I might see but haven’t yet:  “It’s good to see your face.  It’s not good to see your face covered.”
Anyway, keep up the rants, I love them! And keep speaking truth as well. Hopefully one day, the truth will break through all these lies and we may one day see normalcy again if Pope Fauci the 18th, I believe that’s what you refer to him as in ridicule, which is brilliant, ever loses his strong hold on his push for world domination through mental illness.
Again, keep up the great work of speaking truth and showing your face, as I do the same in WA state.
. . .
To which I can only say: Amen, sir – and, I will!