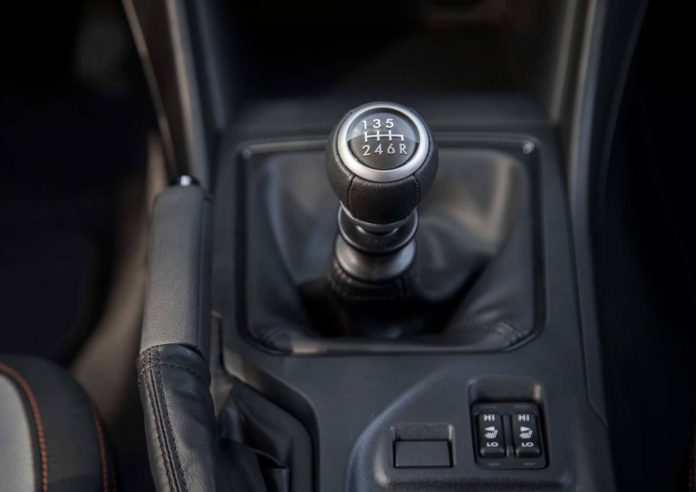 Subaru sent me another 2021 Crosstrek to drive this week because the car I was supposed to get became indisposed for some reason.  I’ve already reviewed this little Soobie (here) so this article will focus on one aspect of the Crosstrek which isn’t really about the Crosstrek, per se.

It’s about what it’s available with.

That being a six-speed manual transmission. They are rare, generally and an unavailable thing, specifically – in the Crosstrek’s small crossover class. In which every one of its rivals – models like the Mazda CX30, Honda HR-V, Hyundai Kona and Jeep Renegade are automatic-only

Which renders them less appealing to drivers who like to – you know – drive. Without a third pedal, you’ve lost at least a third of what there is to do, as a driver. It’s less fun – and you have less control.

With a manual, the up and down shifts occur when you decide, period.

While it is true that most modern automatics have a “manual” function that lets you hold the automatic in first – or downshift to second from third (and so on) contrary to the programming in Drive – the computer still has overall control. It will not let you downshift into first (and so on) if the car is above a certain speed – nor down to second (and so on) if it judges that doing so would result in over-speeding the engine.

This is by no means a bad thing. It keeps you from grenading your engine. But it also keeps you under control.

Not just as regards when to shift up or down, either. 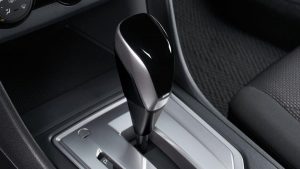 There is no automatic-analog to slipping the clutch, as when launching the car from a stop. You can hold the brake – and load the converter, by flooring the gas – but that is not the same thing.

Another thing is that – contrary to what you may have read – a manual-equipped car can outperform an automatic-equipped version of the same thing when it comes to gas mileage. You may have read the contrary – because that is what’s generally published.

On the window sticker.

There, an automatic-equipped version of a given car will usually tout a 3-4 MPG overall advantage vs. the same car with a manual. This helps to sell the automatic-equipped version, which usually costs more – because automatics, especially modern, electronically controlled automatics – cost more to design and build than manuals, which remain fundamentally mechanical devices not much changed from those put in cars 30 or 40 or even 50 years ago.

It’s a two-fer for the car companies. They can tout the automatic-equipped car’s putative gas mileage advantage and they get to take advantage of the higher gas mileage averages, as regards the government’s mandatory-minimum MPG standards (CAFE). Anything that boosts the average is a boon, though not necessarily in the real world.

The automatic-equipped car can be programmed to the test – that is, programmed to shift in such a way as to deliver the best-possible MPG numbers on the tests used by the government to establish those city/highway numbers you see on then new car window sticker.

But when you are driving the car – and not trying to score the best on a test – the mileage can vary, significantly. Because your right foot over-rides the programming, causing the transmission to shift down from overdrive – or from sixth to fourth – in order to keep the car that’s coming up fast behind you from pile-driving into you. In order to merge with traffic without becoming a traffic hazard – and so on. 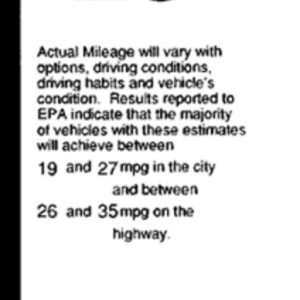 That chews away at the on-paper numbers – and then you have the efficiency losses that come with most automatics, which have to allow some slippage through he torque converter as when the car is in gear but not moving – to keep the engine from stalling. As it would with a manual, in gear.

If you can find a dealer who has one available – or who is willing to order you one.

After I published my review, a number of readers wrote me to express their frustration about not being able to find a manual-equipped Crosstrek at their local Subaru store. And about the unwillingness of these dealers to order one. 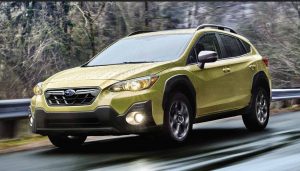 All they had on the lot were the automatic-equipped versions. Naturally, the dealership wants to sell those. Because it bought them. Well, it took out a loan to get them and each month longer they sit on the lot increases the dealer’s carrying costs. And each month that goes by means another month closer to the new model year, which is not always next calendar year. When the new whatever-it-is comes out, say in mid-summer, the remaining inventory of still-new-but-now-the-old-model of whatever-it-is usually goes down in value.

Plus, the automatic-equipped versions are usually more loaded and so there’s more money to be made on them, regardless.

But that doesn’t mean you should give up- or give up the third pedal. Rather, be relentless. Tell the dealer you want to buy the car with the manual and won’t buy it with an automatic. Email every dealer in your area and tell them you want to buy – but only if they can get you the manual.

And if that doesn’t work, call the company – in this case, Subaru. See here. Let them know their dealer won’t sell you the car you want to buy. It’s worth the hassle – even though there shouldn’t be one.