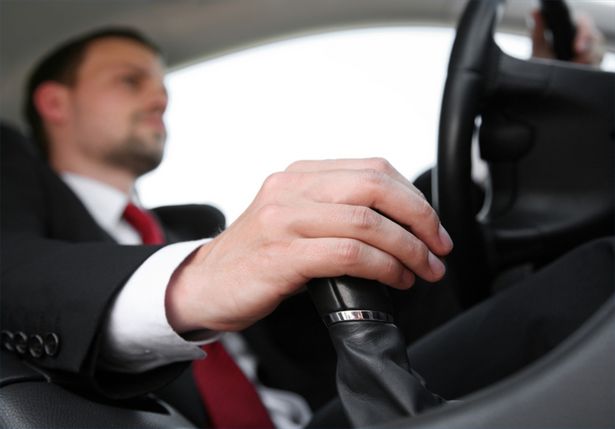 There are things in life you desperately want but know you can’t have anymore. Maybe it’s a 20-year-old girlfriend  . . . if you’re 45 and not rich/not Brad Pitt. 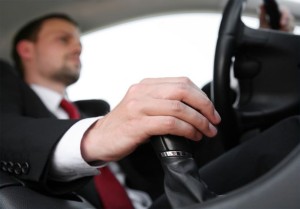 The manual transmission is another.

It’s not very practical; and the truth is it may not be good for you anymore, either.

I realized this the other day – very much in the same way that a 45-year-old realizes 20-year-olds are no longer what he needs (even if they are very much what he might want).

There I was, stop-and-going in suburban DC-area traffic. In my truck, with a five-speed stick. Roll forward for maybe 20 yards, then hit the brakes – and depress the clutch – as traffic bunches up. Roll to a stop. Wait a few. Repeat. Over and over and over and over, uncountable times. In. Out. In Out. Get to third or fourth, maybe. Downshift, upshift, Neutral. You become a mindless machine minder. A drone performing a repetitive motion. It is no longer particularly fun – and meanwhile, it’s harder to drink your coffee or send a text.

Once upon a time, manuals were referred to as standard transmissions. Because most cars came with them, standard. Today, manuals are to an increasing extent very much optional. 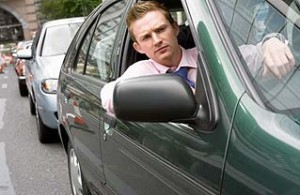 If they’re available at all.

Did you know that every full-size truck on the market right now is automatic-only? Remember when three-on-the-tree (or perhaps four on the floor) was as much a part of the Truck Experience as shotgun racks and manual-lock hubs? When a high-performance sports car with an automatic was an oxymoron? Or at least, shameful . . . if the car wasn’t your wife’s car?

Not even hydraulic-assist has been able to stave off the decline and fall of the manual transmission. People simply aren’t much interested in doing their own footwork, so to speak.

And I get why.

It’s not that clutches are heavy (they were sometimes, prior to hydraulic assist) nor are manual equipped cars hard to drive (in fact they’ve never been easier).

They’re just tedious to drive – because you’re not really driving much anymore.

Creeping along at 0-35 or so (and then 35-0, repeat) as one of an endless conga line of cars is travel, certainly. You are transporting yourself from A to B. But to call it “driving” is like calling a meal at McDonald’s “dining.”

When you’re stuck in the slow-motion monotony of perpetually gridlocked traffic – which describes more and more of the average American’s driving, as the population swells past 320 million and road capacity isn’t coming close to keeping up with this kudzu-like growth – your priorities change. What matters most of all is that the car is quiet; that with the windows up and the AC (or heater) on, you are insulated – and isolated – from the outside unpleasantness (this, incidentally, is why AC is all-but-ubiquitous these days  . . . and vent wing windows extinct). That the radio – oops, the audio system – is superb. That you can call up the office or your buddy or your wife via the Bluetooth wireless and distract yourself from the unpleasant chore at hand with conversation.

Automatics are just what you want when you’re just creeping along. Their most admirable aspect in this regard is that you can idle in gear (Drive) and not have to fuss with anything or even think about fussing with anything. When the minivan in front of you creeps forward a little, so can you.

It has not helped the manual’s cause that the latest crop of automatics can out-shift them as well as out-MPG them. The practical arguments on favor of manuals have been rendered as irrelevant as the causes of the Spanish-American war. Check the stats and you’ll see it for yourself: Pretty much any new car that’s offered with either a manual or automatic transmission will give you better gas mileage when fitted with the automatic – a parking brake 180 reversal of the Way it Used to Be.

A few weeks back, I did a week-long test drive (and review; see here) of the 2014 Nissan Versa Note – an A to B Transportation Appliance. This car, with the still-available five-speed manual transmission, rates 27 MPG in city driving and 36 MPG on the highway. Which is very good. But it does even better when ordered with the optionally available continuously variable (CVT) automatic transmission: 31 city, 40 highway.

How ’bout them apples? And how much longer do you suppose Nissan will even bother offering the five-speed manual in this car? Und so weiter . . .

Keep in mind: By 2016, all new cars will be required to average 35.5 MPG. Those that don’t will cost the companies that make ’em money – in the form of “gas guzzler” fines. And that will cost you money, as these fines are folded into the price tag of cars that don’t quite make the cut.

But it’s not just about economy. Roll it around in your head that not a single new Ferrari comes with a clutch. Well, not a clutch operated by the driver. It’s been entirely automated – because automatics are quicker (and more consistent) than you are. They shift faster, more precisely – every single time. Not even race drivers can match this. They might bang off The Perfectly Timed Shift  . . . every other time. Or even most of the time. 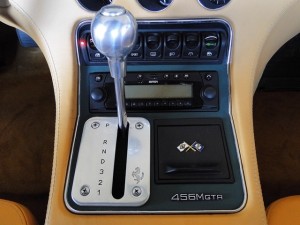 But not every time.

The bottom line is automatics do a better job of shifting than we do – or could do. And they’re more efficient because of it. That they relieve us of the chore of dealing with a clutch is almost beside the point.