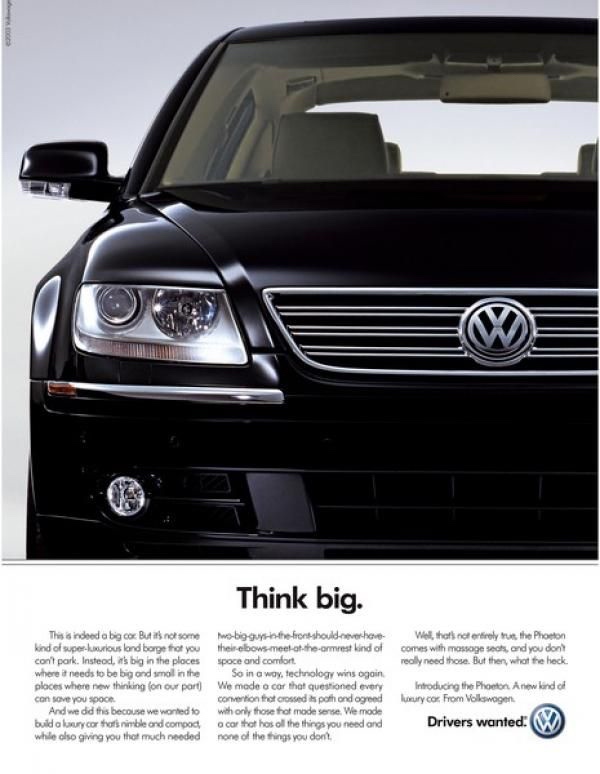 If you could get a really good ribeye at McDonald’s, would you be willing to pay a Peter Luger steakhouse price for it?

Especially if you had to eat it at McDonald’s.

If it seems obvious to you, it wasn’t to Ferdinand Piëch, the legendary grandson of Ferdinand Porsche and scion of the dynasty who became head of Audi and then Volkswagen. A smart guy who got a lot of things right doesn’t always get everything right. 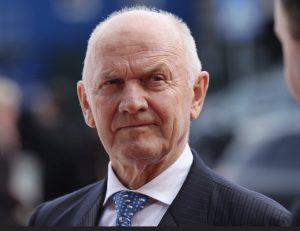 Most notably, in this case. That of the Phaeton – which was introduced as a new 2003 model and departed (from the U.S. market) in 2006, as a failed model.

It was a VW that cost as much – or more – than an equivalent Mercedes but wasn’t a Mercedes. Hence the problem.

Piëch’s intention was to offer a car that was better than a Mercedes, by the numbers – by such metrics as the torsional rigidity of its body, its features and amenities – which included four-zone climate control and radar-adaptive cruise control, cutting edge stuff in the early 2000s. And by one-upping Benz, et al, by offering the first production W12 engine, a type of engine unavailable in any Benz or anything else, for that matter. It was essentially two V6 engines paired in tandem and it summoned a spectacular – and spectacularly smooth – 420 horsepower, a respectable number for an uber car (not the kind you summon using your phone) even nearly 20 years after the fact. 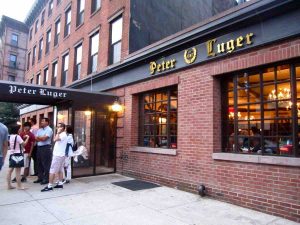 The design criteria for the car – which was closely related to the Bentley Continental Flying Spur – included a specification that it be capable of cruising all day at 186 MPH – though the production car was electronically limited to a stop speed of only 130 MPH.

Like the Bentley, the Phaeton was not mass-produced but largely hand-assembled by a dedicated team of craftsmen at the Glaserne Manufaktur (glass-walled) plant in Dresden, Germany. It received the best materials and workmanship VW could summon, which was a lot – much of it summoned from Audi as well as Bentley, both of them part of the VW empire at the time.

But you can’t sell Peter Luger steaks at McDonald’s. Especially when they look like Quarter Pounders with Cheese. 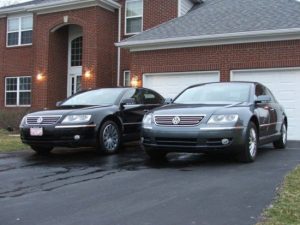 The latter may have been even more of a problem than the lack of a prestigious badge – and an exclusive store – to entice people with the wherewithal to spend the $65,600 – in 2003 dollars – it took to buy the base-trim Phaeton with the less prestigious 335 horsepower 4.2 liter V8 engine. That sum is equivalent – in 2021 Bolivarian dollars – to about $98,000 today. Which was the equivalent – back in 2003 – of the combined cost of three well-equipped Passats.

Which was a problem, because – at a glance – the Phaeton looked like a Passat. A little longer and  larger, to be sure. A lot nicer, for sure – in terms of what was inside, which included hide-away air vents and cupholders that opened only when in use, automatically-rising head bolsters for the backseat passengers, who could tailor the airflow and temperature of the heat and AC to their individual liking. 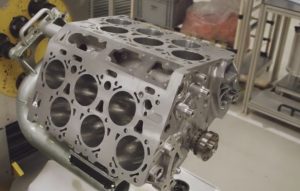 And under the hood, there was at least a V8, with the formidable and exclusive W12 available – whereas the most you could get in a Passat was half the W12, in the form of one of the two V6 engines used to create it.

But it still looked a lot like a Passat – and that was problematic for people who didn’t want to look like they had a VW in their garage. The styling was deliberately under-stated. To the point of obliviousness. Well, except for the VW badge on the trunk  – which was impossible not to notice. The result was a People’s Car for people who couldn’t afford it.

And which rich people avoided. 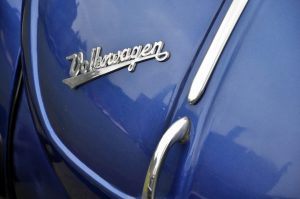 Piëch – who ought to have known better – failed to remember the dictum that people who buy prestigious cars want prestigious cars. That is to say, they want cars that don’t look like bread-and-butter cars. A Mercedes S-Class looks like a Mercedes – and that is a big part of the reason why people are willing to spend six figures on one, even if it comes standard with a six (as the current version of the Mercedes S-Class sedan does). When its owner rolls up beside a Passat there is no mistaking who’s who – no matter what’s under the hood. And when the Mercedes owner needs to have his car serviced, he goes to a Mercedes dealer. He does not have to mingle with people who cannot afford a Mercedes.

The Phaeton owner may have paid more than six figures – $140,000-plus, in today’s Bolivarian dollars – for a new W12-powered Phaeton back in 2003 – but he had to take his Passat (whoops, Phaeton) to a store that handled $17k New Beetles. Which he had to, often – because of the electrical gremlins the car was plagued by that led to frequent trips there. 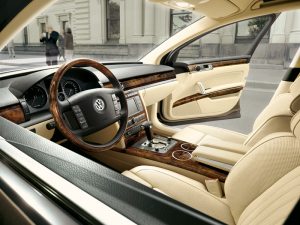 In 2004, Automobile magazine writer Robert Cumberford wrote about problems with the press car Phaeton loaned to him for review:

“Irreparable. A good word for a bad condition, one that seemingly applies both to the electrical system of our Four Seasons and to the reputation of Ferdinand Piëch, who brought this magnificently irrelevant (rich) People’s Car into existence . . .On the plus side, the car never failed to start and never failed to deliver its driver and passengers to their destination.”

Maybe there was a Mr. Coffee pot and styrofoam cups in the waiting room. Not exactly the vibe people in the six figure bracket expect – and pay for.

Not surprisingly, very few did. As in almost no one did. 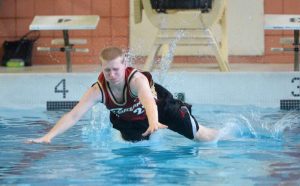 VW had hoped to sell around 20,000 Phaetons in the United States annually, which was roughly the capacity of the Dresden assembly plant.

About 1,433 were actually sold during the first full year of availability – almost all of them heavily discounted, further eroding the prestige of ownership in a class where bragging rights go to he who pays the most, which has the corollary effect of preventing those who cannot pay for what he is driving. But when they – those ordinary people with VW money to spend – can buy a fire-sale’d Phaeton that listed for $65k with $20k lopped off the MSRP – and this happened, regularly, as dealer desperation to get rid of the cars kicked up – it tends to annoy the people who paid the full $65k and disinclines those who can pay such sums from paying them. 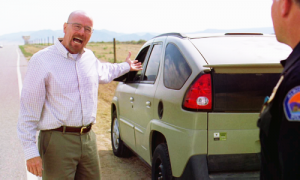 In Canada, it was even more catastrophic. Fewer than 100 cars were sold – an exclusivity all its own but not the kind that Piëch had been aiming for. It was an Aztekian debacle, which may have been some kind of strange karma given that the Pontiac Aztek made its belly flop right around the same time. Maybe there was something in the water.

Given that the first year of a new model car is usually the best year, the Phaeton’s disastrous inaugural year presaged doom of the first order. During the entirety of its second year on the market, VW was only able to entice 841 people in the United States and Canada – combined – to part with Mercedes money for a six figure VW. That’s 820 in America and 21 north of the border. 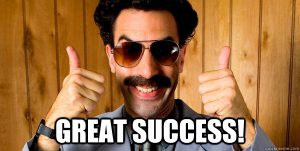 It made the Aztek seem like – cue Borat voice – a great success.

Making matters much worse – if such a thing is conceivable – the W12 engine was forbiddingly complex and so forbiddingly expensive to repair, which repairs many VW dealers were unable to deal with, being VW dealers and being used to dealing with relatively straightforward, mass-market VW engines – not exotic, hand-assembled engines. Problems keeping the cars running caused the cars to depreciate even more rapidly than a Boliviarian dollar, such that a six figure W12 Phaeton wasn’t worth much more after as little as five years than a new $30k Passat. 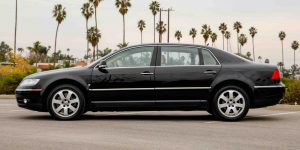 Top Gear magazine included the Phaeton on its roster of Worst Cars You Can Buy Right Now – not because the Phaeton was a bad car, per se. But rather because of the sucker punch that attended the purchase of an exotic car by a person without the means to keep an exotic car on the road. Phaetons were cheap to buy – but not to keep. The rich didn’t want them and the proletariat could not afford to service them.

With both prestige and money hemorrhaging at busted Hoover Dam volumes, VW did the merciful thing and cancelled the car in late 2005, with the 2006 models being the last of the line – in North America. VW did continue making the Phaeton all the way through 2016, chiefly on the strength of sales in China and South Korea.

Perhaps because “VW” translates as “Superlative Chariot of the Emperor.” And maybe also because the dealers put a Keurig in the waiting room.