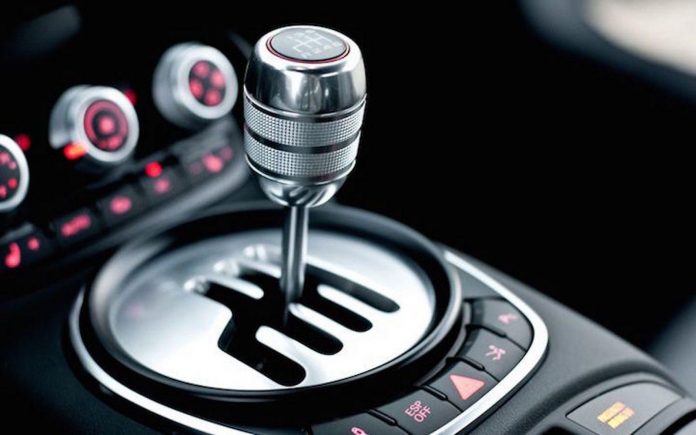 Manual transmissions are interesting things in that they are probably one of the last things about moden cars that haven’t been turned into electronic things.

They are still essentially mechanical things – gears and synchros, rods and forks. The works turned by mechanical force, a physical clutch and flywheel, the interaction controlled by another non-electronic thing (that’s you).

Essentially the same now as they were fifty years ago, when cars were still largely mechanical things. 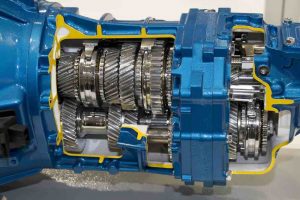 They are much simpler things for this reason than modern automatic transmissions – which used to be essentially hydraulic things but which have become as electronicized as the engines they are bolted to.

It has also made them more failure prone things, simply because there are so many potential failure points.

Which makes a manual transmission that much more appealing as a way to hedge your bets against future failure – and repair costs – as well as a way to decrease the right-now cost of the car, itself, since it usually costs more to buy a new car with its optionally available automatic as opposed to the standard manual.

Assuming you can find a new car that’s still available with a manual. 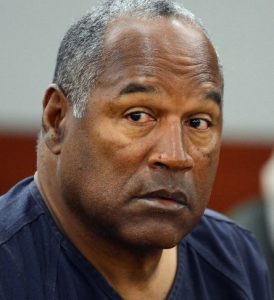 Many modern automatics (especially continuously variable or CVT automatics) being not repairable when they fail. You buy a new one. But – as OJ used to say – look out! A modern electronic-hydraulic transmission can cost so much to replace when it fails that it may not be worth replacing it when it fails  . . . if it fails after the car, itself, has depreciated to the point that it is only worth what it would cost to replace the transmission that just failed.

This point of diminishing returns arrives much sooner than many people realize. Would you spend $4k to put a new automatic in your ten-year-old car that’s worth maybe $8k? Better change that fluid per the factory recommended intervals – and maybe sooner. Even better, read up on which types (and makes) of automatic transmissions have a not-so-great track record for long-term reliability.

Hint: The ones that fall into that box have three letter names – like CVT and DSG. 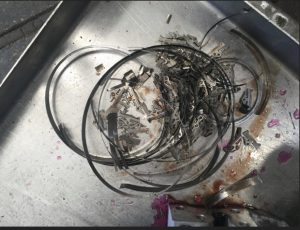 Manuals rarely fail, provided they aren’t abused. This includes once-in-awhile changes of the lube inside the box that keeps the gears spinning freely and keeps them – and other related parts – from overheating due to increased friction and so on.

Barring that, a manual ought to last the life of the vehicle.

Even, possibly, the clutch – the part that’s designed to wear out – and it’s not even (technically speaking) part of the transmission, itself.

The clutch is the friction surface that interfaces he transmission with the spinning flywheel, clamping onto it much in the way that your brake pads clamp onto the spinning brake disc, to stop your car. The difference being your car moves (rather than stops) when the clutch is clamped to the flywheel (assuming you’re in gear, of course).

What’s the same is that both the clutch and brake pads wear from the friction of all that clamping down and – eventually – both require replacing. The good news is that – unlike the cost of replacing an automatic transmission – it doesn’t cost more than the car is worth to replace the clutch when – if – it becomes necessary.

Even better news is that you can greatly increase the time in between replacing by decreasing the friction.

Avoid engaging the clutch abruptly. Ease it in – and out. Especially when it’s cold and the drivetrain hasn’t warmed up yet.

When you first start the engine in the morning, let the clutch out gently – and let the engine idle for 30 seconds or so. Modern engines don’t need “warm up” times but by doing this, you will let the engine rotate the transmission’s internals and get them nicely lubed up, before applying any load to them. 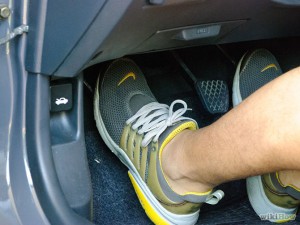 Your gears, rods, forks and synchros – and pilot bearing – will thank you, by not costing you.

Don’t keep the clutch depressed when the car isn’t moving. Put the transmission in neutral and let the clutch out until the light turns green.

Again, your pilot bearing will thank you.

Try not to spin the engine too fast – and take too long to ease in the clutch. The sweet spot is a smooth syncopation, the feel of a car with an automatic, if you get it just right.

Most of all, try not to stop – when you can avoid it.

Most of the wear on the clutch occurs when you’re getting going from a dead stop. The clutch is the link between the dead weight of your vehicle and the spinning flywheel. If you’re still moving, even a little, there will be much less friction-force applied to the clutch when you ease it back in. 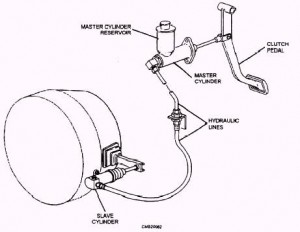 Inertia is your friend.

You might be surprised how easy it is to keep rolling, just a little, if you pay attention to the ebb and flow of traffic and time yourself in relation to it. If you can avoid coming to a full stop even a fourth of the time, you’ve likely saved a corollary amount of clutch material over time. 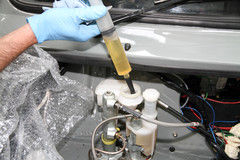 Provided you make sure it never runs low. . .

One of the weak spots of manuals is they don’t have dip sticks. You may have to unscrew a sight hole/fill hole in the side of the transmission’s case to establish the fill level. It’s a small hassle but good policy to do this at least every 30,000 miles or so – and to change out the lube (fluid) every 100,000 miles or so – irrespective of any claims about “lifetime” lube.

One last thing to check – and change, periodically if you want a Methuselean manual.

Modern manuals – which encompasses most installed since the ’80s – have hydraulically assisted clutches, which makes the clutch easier to work. Many also have automatic self-adjusting clutches, further reducing wear as well as maintenance.

The weak point – if you let it be – is the hydraulic circuit that serves these purposes.

It consists of a slave cylinder – which is very much like a brake master cylinder – and works on the same principle. When you depress the clutch, you are actually displacing fluid, which cannot be compressed – multiplying the force applied by your depressing of the clutch.

But just like a brake master cylinder/circuit, the brake fluid inside the slave cylinder goes bad over time. And so will the slave cylinder, if you don’t regularly change out that fluid. Many people are unaware of this need-to-do item or forget to do it and they end up paying for it.

If you want to avoid that, don’t fail to do it (or have it done) at least once every five years.

If you do that – and the rest – you may not have to change anything for a very long time, indeed.