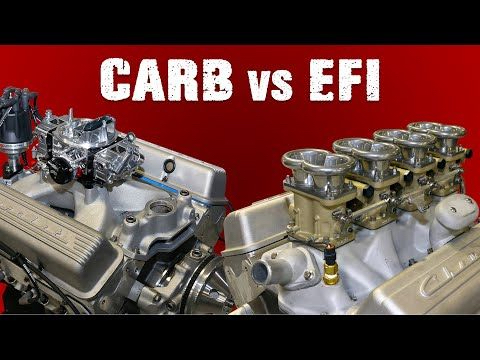 When I point out the various downsides of electric cars I am often accused of “hating” electric cars. Which I do – but that is beside the point. I freely admit my loathing for them – but that is neither here nor there as regards their downsides, which I report because that’s my job. I also report their up-sides, leaving it to the reader to decide whether these outweigh the downsides.

Similarly, fuel injection (especially the latest iteration, direct injection) vs. carburation, which can be better described as electronic vs. mechanical fuel delivery. There are up-and-downsides to both – which is now technically three as direct injection (the latest iteration of fuel injection) is much more than just electronic fuel delivery. It is neither hating nor loving any of them to point out their pros and cons.

But it’s stupid to ignore them. So let’s have a look at them!

The first cars – and almost all cars made from the early 1900s through the early-mid 1980s – came with mechanical fuel delivery systems called carburetors. These devices metered fuel to the engine in response to the engine’s vacuum signal. Gasoline was sucked into the engine – through small orifices called jets, which determined how much fuel could flow into the engine. 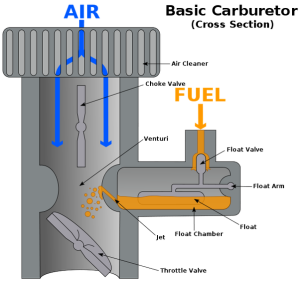 Modern electronic fuel delivery began to replace mechanical carburetors in the mid-late 1980s. These early EFI systems delivered fuel under pressure, via injectors, which in the early systems were mounted on top of the intake manifold, the same place carburetors were usually mounted.

The chief difference was that rather than liquid fuel bing drawn into the manifold by the engine’s vacuum, an injector (or two) sprayed it into the manifold under pressure. This was throttle body injection – TBI. It did a better job of atomizing the fuel, which made better use of the fuel. The system could also automatically adjust the air-fuel ratio to meet different conditions, including altitude changes. TBI-equipped cars started faster, got better gas mileage and produced lower emissions. 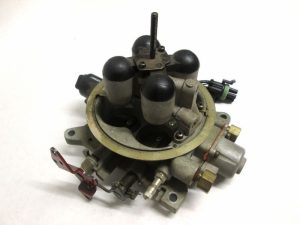 Eventually, each of the engine’s cylinders got its own injector – mounted just above the intake valve – and the manifold only flowed air. This is port fuel injection (PFI) and it has been the typical set-up since the mid-late 1990s through now.

The latest iteration of fuel injection is direct injection (DI). This system moves the injector’s location such that it sprays the fuel directly into each cylinder and under much higher pressure. It is becoming the dominant form of injection in new cars.

Now for the upsides – and the downsides.

The chief upside to mechanical fuel delivery is the absence of electronic controls (excepting a few early-mid ‘80s transitional-hybridized carburetors that had crude electronics grafted onto them). This means only mechanical knowledge (and tools) are needed to service/adjust a carburetor. You can see and touch all the workings, which makes it easier to figure out what may need fixing. 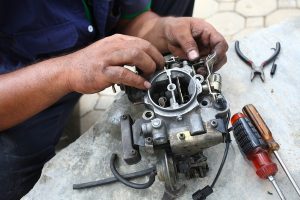 They are also mechanically adjustable – and rebuildable.

Most common carburetors such as Holley and Rochester and Carter carburetors can be brought back to functionally as-new condition for less than $100 in parts and replaced with a brand-new unit (if necessary) for about $400.

The chief downside to mechanical fuel delivery is the absence of electronic/automatic  adjustability. A carburetor cannot adjust itself (the air-fuel ratio) for varying driving conditions; it is mechanically “set” for general conditions. It can be manually adjusted  for different/specific conditions – but you have to do it. And you can’t do it without raising the hood. Carbs also need more frequent adjustment – and if you don’t know how to do it, you will have to pay someone else to do it.

The chief upside to electronic fuel delivery is self-adjustability. Or rather, the elimination of the need for you to make any adjustments. Ever. The electronics take care of fine-tuning the air-fuel ratio. Also – generally – better drivability (e.g., faster cold starts; no “warm up” waits; smoother throttle response) and higher gas mileage due to the system’s superior efficiency.

The chief downside of EFI is that it’s electronic.

Computers and sensors; lots of peripheral parts that carbureted systems haven’t got. That means more to diagnose – and deal with. Also, when these electronic parts stop working, they usually have to be replaced because they cannot be rebuilt. The parts can sometimes be very expensive (especially if it’s the computer/ECU that croaks) and the repair itself difficult. For example, replacing a fuel pump in a car equipped with EFI sometimes requires dropping the gas tank, in order to get to the pump.

In a carbureted car, the pump is mechanical and hangs off the engine, usually held in place by two bolts.

This system provides a power/mileage boost over EFI via extremely fine-tuning of the fuel-spray at much higher pressures (several thousand pounds vs. the 35-40 pounds that’s typical of EFI systems). The benefit here is chiefly for the vehicle manufacturer, in terms of  achieving compliance with government fuel economy and emissions regulations. 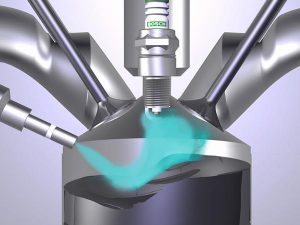 The downsides of DI include increased complexity/cost and susceptibility to carbon fouling of the intake valves caused by the lack of gasoline (a solvent as well as a fuel) washing over the intake valves, as in both EFI and carbureted systems. Unless the system has a separate PFI circuit added (as many do) to wash down the intake valves.

The downside here being two fuel systems for one engine.

If you want the simplest, most economical and DIY-friendly fuel delivery system, a carburetor is it, hands down. But you’ll need to be willing (and able) to lay hands on it, when it needs it. And you’ve got to be willing to drive a very old car, since no cars have had mechanical fuel delivery installed when they were new since about 30 years ago. 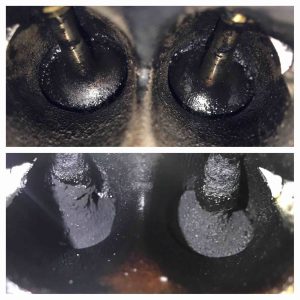 EFI – especially the early throttle body type with one or two injectors mounted on a wet-flow intake (just like a carburetor) is a great compromise between the stand-alone mechanical simplicity/low-cost of the carburetor and the increased complexity/DIY-unfriendliness of PFI.

You can easily upgrade a car that originally had a carburetor with an aftermarket TBI system and enjoy all the advantages of electronic fuel delivery at a cost that’s not too steep, too.

You don’t want DI – unless you’re not wanting to keep the car it’s installed on for much longer than the warranty it comes with lasts.