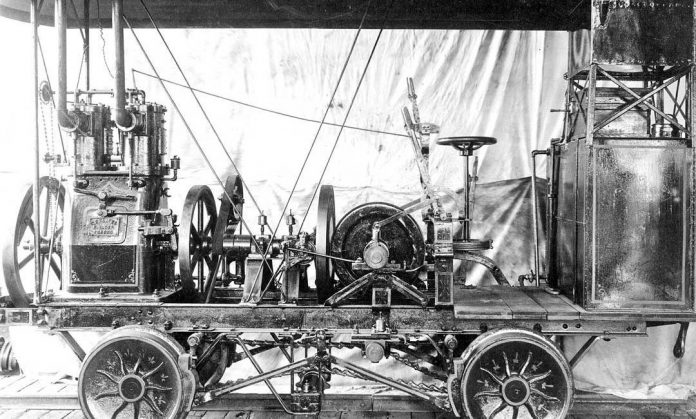 If you’re under 40 and thinking about buying a car that’s older than you are, there are some things you may not know about –  but will need to learn about if you want to tune that car.

Carburetors are mechanical rather than electronic fuel delivery devices. A few of the latter stragglers installed just before the general adoption of electronic of fuel injection in the early/mid-1980s have some very primitive electronic controls grafted onto them. But even they are still fundamentally mechanical. 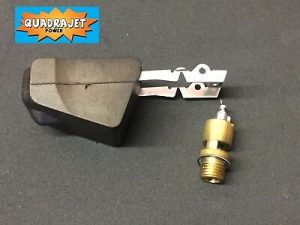 Which means you make adjustments – using mechanical tools like screwdrivers and even your fingers and by feel as well as by measuring. It is both an exact as well as an inexact science.

Which is part of the fun!

One of the adjustments you’ll need to learn to make is setting the float level.

A carburetor works not unlike your toilet, which has a valve that opens to let water fill the reservoir – and then closes when the proper level is reached.

Assuming the valve and float are working and set correctly. If not, the toilet just keeps on filling up and . . . you know the rest.

As the fuel level rises, so does the float – which is the carburetor equivalent of the balloon that floats on the water and rises with the water level inside your toilet

As it rises, it closes off the flow of fuel by seating the needle.

When the fuel level drops – as the engine consumes it, the float drops – and the needle opens, admitting more fuel.

The trick is getting it adjusted such that the right amount of fuel – not too much and not too little – is held in the reservoir of fuel (this is called the bowl) where the float floats. If the float level is too low, the car will experience fuel starvation/lean-out as you accelerate – or try to. The car may buck and surge as the bowl runs low (or dry).  If the float level is too high, the carb may flood – and the engine chokes on its own fuel. It may be hard to start; it may not start at all. Or it might run very rich – and roughly – with black smoke coming out of the exhaust pipes.

This is why the first thing to check if you have a carbureted car that’s not running right is the float level. Because if it’s not set just right, not only will the car not run right, you won’t be able to figure out what else is wrong – if anything else is.

It’s not uncommon to blame a problem on things besides the float level – and pursue a wild goose chase in search of a fix that isn’t needed. And by fixing what isn’t broken, making more problems.

But why is adjusting the float a trick?

Because you sometimes have to play with it to get it set just right.

While there are factory specifications for float height – a service manual for the vehicle will give you the exact factory specification in fractions of an inch as well as how to measure it for your particular car – and carburetor – you may need to adjust the level differently to get the carb (and car) to run right.

This is because cars made 40 years ago were designed to run on the gas made 40 years ago, which was gas – not 10 percent ethanol, which results in a leaned-out mixture that requires more gas as a compensatory measure. Also, if the car you’re working on has been modified for increased performance, that will often require adjustment of the float level, too.

And the adjustment, whatever the specification, is done by hand – by very slightly, almost imperceptibly, bending the float’s tangs just a little this way – or that way – to get the thing to hang just right. This is . . . tricky. You don’t pull codes – or “flash” the computer.

It’s a fingers and finesse thing.

There is a primal satisfaction in getting your carb set just right, via careful trial and (at first) error. You’ll get better as you go and if you have patience at first. What seems a weird science isn’t really. But it is an ancient science – 40 something years in the rearview – and those who aren’t 40 or older today aren’t used to fingers and finesse, to fiddling with mechanical things as opposed to pulling and replacing electronic things.

But we are entering weird times – and being able to fix mechanical things could be more than just fun when you can’t buy replacement electronic things anymore.