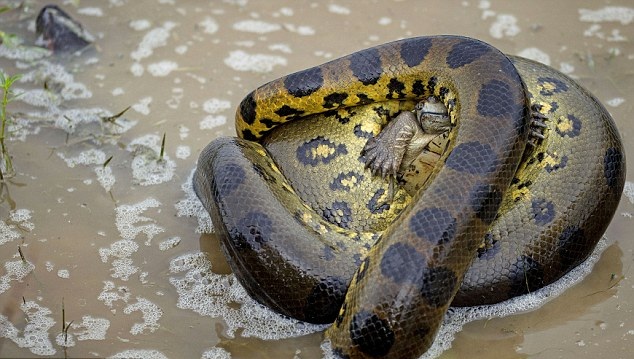 Government “regulations” (as they are styled) are crushing the life out of cars, in the manner of a python doing the same to its prey. But what the python does is natural and he cannot be faulted. What government does, on the other hand, is crush for the sake of crushing – made all the worse by the telling of the victim that it is all for his own good.

A python would never think to say such a thing and for that reason alone he is far more respectable than this creature styled “government” – which when examined closely is just other people who differ from the rest only in having power to “regulate” them. 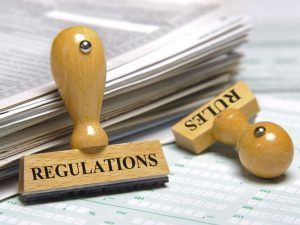 Some will say: But these people are elected by the rest of the people. This is “democracy.” Actually, it is a fraud. In the first place, because only some of the people elect these people, often not even a majority and thus it is not “democracy,” since it’s not majority rule, the thing that defines “democracy” and without which it is something profoundly not, masquerading as that so as to acquire the veneer of “democratic” legitimacy.

But would it be legitimate if the “majority” did “rule”? The answer to this one ought to be so horribly obvious as to not require answering. But ask the one girl among three boys who finds her virtue outvoted by the “majority” whether she approves of “democracy.”

In the case of “regulations,” there is not even that kind of “democracy.” No one voted for the people who promulgate – who decree and then impose – the various “regulations.” You cannot vote them out of office, either. It is why Dr. Fauci has been ensconced for 40 years, though no one ever elected him to anything. 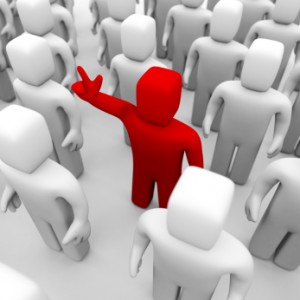 The key to unravelling all of these regulations – especially as regards those pertaining to the “safety” of cars – is to demand to know why the federal government – those unelected bureaucratic apparatchiks – ought to have any such power to “regulate,” at all.

It is none of the government’s business – because it isn’t anyone else’s business.

Government is, after all, just other people.

What gives these other people the right to tell you or I that we may not drive something new that is similar to something like an old VW Beetle? Or for that matter, something not-so-old like a model year 2000 or so Mercedes S-Class? Neither is “safe” according to the latest “safety” regulations. It does not mean they are dangerous cars. Neither are prone to crash. The Benz is in fact a very safe place to be in – in the event of a crash.

The accusation of “unsafe” only means neither car “complies” with the latest regs, that is all. 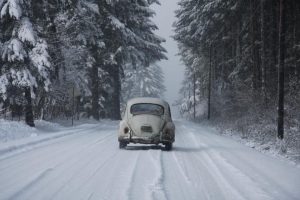 To be specific, it means the old VW hasn’t got air bags – and while the Benz does, it hasn’t got the now-obligatory back-up camera system required by the regulations. It may not crumple in the manner demanded by the latest crash test regs. Things like that – none of them having anything to do with “safety” except in a very peripheral, oilily misrepresented sense.

An unsafe car would be one that had a steering wheel that came off while you were driving it. Brakes that failed due to a design defect. In the manner of a chainsaw that threw off its chain as a function of the way it was made as opposed to anything you did to cause it to do that. Come to think of it, it’s amazing we’re still allowed to buy chainsaws. They are very “unsafe” – in the government sense, as applied to cars. The chain is exposed and the operator might cut off a limb – of his, rather than a tree’s. Why hasn’t the government gotten around to “regulating” chainsaws? Why no regulations requiring some kind of chain guard that only exposes the potentially deadly moving chain to the tree? Or various other artifices to keep chainsaws “safe”? 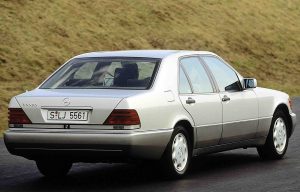 The answer is that government – the busybodies – haven’t yet gotten around to it.

They already have, as regards lawn mowers – all of which are now required, by the “regulations,” to have such things as lever-grips (for the push-mowers) that automatically shut the engine off if released and which must be held with one hand while you attempt to pull-start the engine with the other. Same as regards riding mowers – which have a seat-mounted sensor that shuts off the engine if you aren’t sitting on it. Even if the mower is parked. Or cuts off the mower blade, if you are – and put the mower in Reverse without pushing or holding some other button. 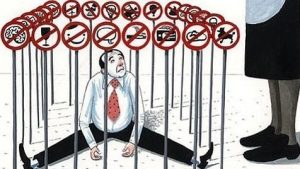 Neither the push-mower nor the rider without these artifices is dangerous – though the operator may be. But that’s on him – and shouldn’t be on the rest of us.

As ought to be the case with cars.

Government’s job – if it has any legitimate job – is to act when people hurt other people, which is to say, when one person violates the rights of another. No one else’s rights are violated when a person drives a car like an old Beetle – or an older Mercedes. But all of our rights are violated when we’re told by regulatory bureaucrats that no one may legally offer such cars for sale, that the only new cars we’re permitted to buy are those which “comply” with whatever the latest “regulations” are.

That wasn’t what America was all about. But it could be, again.

How “Saving Gas” Costs a Fortune