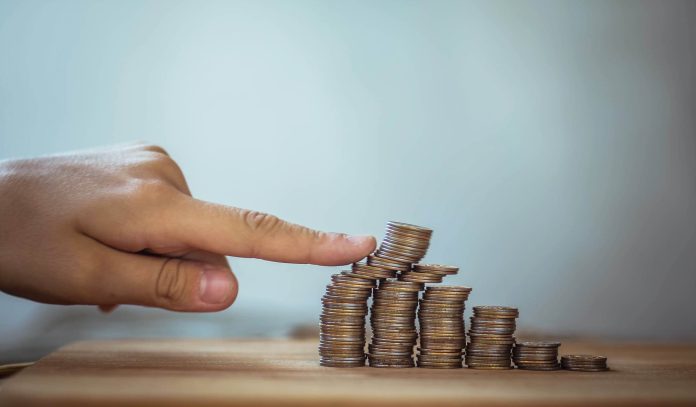 Nature sometimes echoes government in that both can suddenly devalue what you thought you had.

Last Monday, I had a flock of 12 chickens – which gave us plenty of eggs each day for more than just the two of us. The next day, I had three chickens. Some thing – like the Biden Thing – had come along while we slept and devalued what we’d had the evening before. We’re still not sure what it was as it had to have been something pretty big – or perhaps several somethings, like a family of raccoons. Or a bobcat.

We were at a loss – literally as well as psychologically. Nothing could have gotten under the fence that surrounds the run; well, nothing without a backhoe – as the fence wire is buried six inches deep and in concrete. I learned to do that from the last time my flock was devalued by things that dug under the fence – and into the run area. I built the fence five feet high, such that few other things – foxes, coyotes, stray dogs – could leap over it. The flock was safe from them.

But it wasn’t safe from something that got in, regardless.

My mistake was gambling that almost nothing could get in – and so I took the chance of leaving the flock free to let themselves in and out of the coop, according to their own schedule. The ducks, especially, seemed to prefer spending the night in the run rather than in the coop – probably because ducks don’t roost as chickens do. They prefer to nest on the ground and there is more space for them to do that in the run area. So I let them. And lost several of them – along with most of my chickens, too. 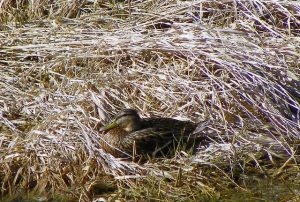 Fortunately, we’re not yet dependent upon our flock for food. But what if we had been? All of a sudden and just like that we’d have been reduced from having plenty of eggs – and meat – to precious little of either. Three chickens aren’t enough to provide a wealth of eggs; they are barely enough to provide a sufficiency of them for two people, especially during the cold months – when chickens generally don’t lay as much anyhow. And – per the prepper’s dictum that two equals one and one equals none – should one (or worse, two) of the remaining three die then we’d have less than a sufficiency.

With no ducks to spare, we suddenly no longer had the previous Monday’s option of eating one when we were in the mood for roast duck – as we needed the remainder still quacking in order to propagate and maintain a sufficiency of them.

It was like waking up to find out that the money you thought you had in the bank had been summarily seized by the Biden Thing. Or seized in the less obvious way – via devaluing what it was worth. It amounts to the same thing.

You lost what you assumed you had.

Fortunately, we’re not yet dependent on our flock for food. And fortunately, our neighbors have a flock that’s too big for their needs. From them we acquired “drop in” replacements – adult chickens, preferable vs. chicks because the latter don’t lay until they grow up into chickens and that takes several months. It’s a long time to wait for a wealth of eggs and maybe too long, if things take a turn for the worse on account of the thing shuffle-footing around the Rose Garden.

We are working on the ducks.

And we have learned another hard lesson about the realities of having chickens and ducks and not having them secured from the things that lurk in the night. It is less convenient to have to go out to the coop area around dusk each night and herd the birds into the coop – and then lock the coop up for the night – and then to have to go out each morning as the sun rises, to let them out. 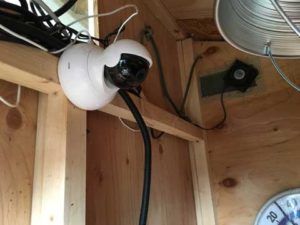 But it does all-but-eliminate the possibility of things getting to them at night. Well, except for one thing.

The thing that walks on two legs.

We considered the possibility as we’re still struck dumb contemplating what other thing could have made off with that many birds. The three ducks we lost each weighed more than 10 pounds. They are big – and heavy – birds. One is enough to feed two people. How many raccoons –  or possums – would one feed? And three? Plus nine chickens? How did whatever-the-thing was get the birds over the fence? There was just one body to be found; otherwise, only a few feathers here and there.

The thought of what it might have been – and could be, in the future – got us to thinking about more than just making sure the birds are locked inside for the night. We are installing cameras for the night. These feed live to our phones and allow us to see without going outside. And if something on two legs is outside, to get ready to deal with it before heading outside.

Coop aside, it is probably a good idea to have cameras outside your place for the same reasons – and for reasons of deterrence. The sight of being watched and not knowing who may be coming to see what they’re up to may cause some two-legged things to try elsewhere.