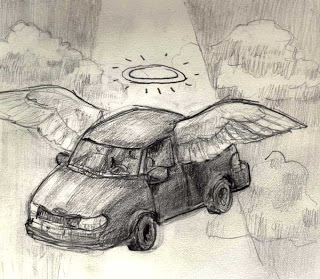 Honda has announced it will no longer offer a manual transmission in the Accord sedan, which was until now one of the very few sedans still available with other than an automatic.

The Civic coupe and Fit have also been given the heave-ho due to declining interest – read, profitability – in small cars.

The Civic coupe accounts for just 6 percent of all U.S. Civic sales compared with 16 percent four years ago, Honda said. Only 2 percent of Accords are sold with a stick.

Honda actually ended production of the manual Accord in December but still has enough inventory for the rest of the model year. The Civic retains its manual transmissions in sedan, hatch, Si sport trim and the track-ready Type R performance variant.

“I get it that there are people who will be disappointed, but I have complete confidence that what we’re going to be able to offer people in the marketplace, they’re not losing anything,” said Honda’s assistant vice president of product planning, Gat Robinson.

Those who are about to die salute you!