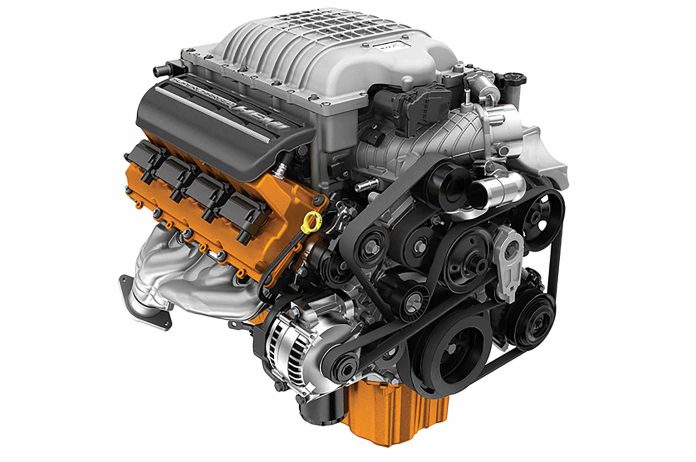 Death, said the wife of King Edward I’s weakling son, comes for us all – whispered into Longshank’s ears as he lay dying, in the movie Braveheart. She also told him – counterfactually, probably – that the child she was carrying wasn’t fathered by Longshank’s weakling son, who (in actual history) ended up dying not naturally and most unpleasantly.

The same kind of fate has befallen the Hemi V8 that has powered so many hugely successful Chrysler, Dodge, Jeep and Ram truck vehicles for the past 20 years. 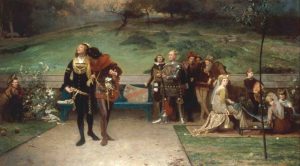 Notwithstanding that it is among the most successful powerplants on the market and the defining heart of numerous successful vehicles, whose success is in no small measure directly attributable to having a Hemi V8 under the hood, it is being taken off the market – in favor of a new engine forced onto the market by government regulations that have made keeping the Hemi on the market beyond 2024 an effective impossibility.

That is why the last Hemi will be tucked under the hood of a Chrysler, Dodge, Jeep or Ram vehicle that dismal, soon-to-be-here year.

The new in-line turbocharged sixes that will replace the V8s currently powering models like the Chrysler 300, Dodge Charger and Challenger, Jeep Grand Cherokee and Wagoneer and Ram 1500 trucks will reportedly surpass the power output of the V8s and will – of course – comply with the latest gas mileage (and gas “emissions”) requirements that the V8s couldn’t.

But they aren’t V8s and that means every Chrysler, Dodge, Jeep and Ram vehicle that used to be defined by the availability of a V8 no longer will be. Which means they will no longer be what they were – and that was what made them so successful, in part because no one else made anything quite like them. Henceforth, they will be made more like what others (including Mercedes and BMW) already make – and probably just as expensive, too.

In part because these sixes will likely be augmented by electric motors, in addition to turbos – so as to make them power-comparable to the V8s they’ve been tapped to replace without “emitting” as much of the gas that is being used as the excuse to exterminate V8s. 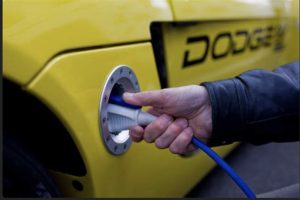 But everything has its price – in money as well as other things.

A prequel of what it will cost – in money – may be gleaned from the cost being added to the last of the Hemi V8s under the hoods of new Ram 1500 pickups. Reportedly, they are also being “electrified” on their way out, via mandatory coupling with what is styled E-Torque “technology.” This being partial “electrification” of the drivetrain, via an electric battery and 48 volt electrical system that has been a mandatory standard with the 3.6 liter V6 that has served as the standard engine in the Ram 1500 pick-up since the 2019 model year.

Apparently, the E-Torque “technology” is now also standard with the Hemi V8 that is the still the Ram’s standard engine in higher-trim models such as the Limited. A reader who is in the process of trying to buy one conveys the following: 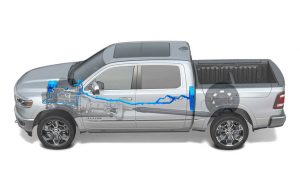 “I was placing my order this past Thursday for a Limited and was informed that the only engine options that can be ordered on Limited were 5.7 E-Torque and the 3.0 EcoDiesel. Also, they are now charging $2,795 for the 5.7 E-Torque, even though the regular 5.7 was standard and the E-Torque was (formerly) a no cost option. So essentially, the truck price has been increased $2,795. I guess as we get to the end of the production run, there will be changes.”

But for the sake of what? 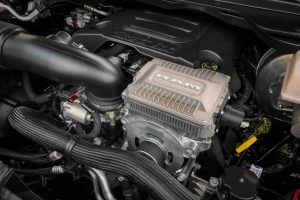 It make you a while to drive down that cost in the form of less spent on gas.

This gives us another prequel – of the cost that will likely attend the replacement of the V8 with in-line sixes that come standard with even more such “technology.” Motors, batteries and turbos.

Chrysler, Dodge, Jeep and Ram have not yet published any pricing for the replacements for displacement but it is unlikely they will be less – or even the same – as the cost of a V6 (or V8) without all this “technology.”

Mercedes – and other expensive brands – already have such “technology.” In the case of Benz, a partially electrified/turbocharged in-line six that’s very much like the pending in-line sixes that will replace the V8s in Chrysler, Dodge, Jeep and Ram vehicles beginning in 2024. But Mercedes can afford to be expensive – because it is Mercedes. It makes money selling fewer vehicles for more money, each.

Chrysler – and even more so Dodge and Jeep and Ram – make money by selling lots of vehicles to more people, who can afford (and desperately want) V8s without “technology.” Whether the “technology” surpasses the power of the V8s they’ll be replacing is an irrelevance if most people cannot afford them.

Love lies bleeding, in my hand.