For the second year in a row, GM is selling nostalgia about the cars it used to make and hoping that will translate into sales of the cars it makes now.

Last year, there was “Holiday Ride” – about an old widower and his also-old car, a ’66 Impala SS. This year, it’s “Mrs. Hayes” – about an old widow and her even-older car, a ’57 Chevy Nomad. GM hasn’t made cars like either – stylish, with big V8s under their hoods – in decades. But GM knows people remember those cars, as they don’t the forgettable appliances GM has been making for the past several decades.

As contrasted with what did, when GM was still making cars people wanted. Mark the italics. Cars that people connected with emotionally. Cars that made them feel happy or excited or . . . something. Cars that were more than just transportation. That often became part of a family, as in the ad.

GM used to make legions of cars like that. People not only remember, they hold onto them. Care for them. Restore them, lovingly and painstakingly.

They drive them to remember how it felt.

Who feels anything about a 2022 Malibu? It’s an appliance – and while there’s nothing wrong with that, it’s also more than that when it comes to cars. Well, it is something more than that – if you want people to remember them.

And want to sell them.

Do you remember it? Miss it? 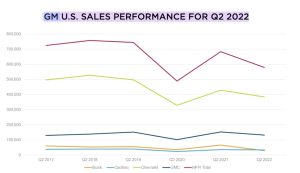 Chevy’s vice president of marketing, Steve Majoros, says the “Mrs. Hayes” ad is “a little nod to our past and future you know, and we’re a brand with a great future.”

GM has lost more than two-thirds of the market share it once had, back when it sold cars that made people feel something about them. In 1970 – when GM was at its apotheosis – Chevrolet division had a larger market share by itself than all of GM does today – which is just 16.4 percent as opposed to 22 percent in 1970. Remember, that latter figure is for Chevrolet division only. The former figure – 16.4 percent – is for Chevy plus GMC plus Buick plus Cadillac, which is all that remains of GM, today. 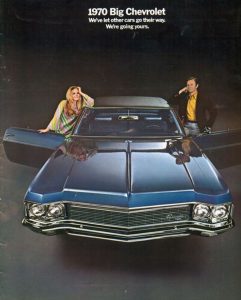 That’s a holiday ride, all right.

(There’s an excellent article over at Ad Age about the rise – and fall – of Chevrolet that you can read here.)

Even as recently as 1979, GM’s Pontiac division was selling almost as many Firebirds – that one model – as GM sold of everything it sells, in the second quarter of this year. And people remember those Firebirds. As they remember GTOs and Grand Prix and so many others made by Pontiac, which was once GM’s excitement division. What is there to get excited about, now? The number of air bags GM installs in its cars? The latest “advanced driver assistance” technology? All of these things make you want to forget what GM is selling today. 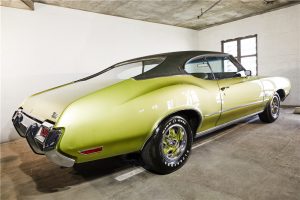 Olds is gone, too – but it lives in the memories of everyone who feels something for cars. Like Pontiac, Oldsmobile also once sold a lot of cars. In fact, the Olds Cutlass was once the best-selling car on the market. Now Olds sells no cars at all – because Olds doesn’t exist anymore, except in memory. This transformation – wait a minute – occurred because Olds (like Pontiac) stopped selling cars that people wanted. GM tried to sell people appliances, instead. No more excitement. No more personality.  No more anything to rouse you to feel something about them. Just a badge, engineered.

And so, people stopped connecting with them. Forgot about them.

You’d think there might be a lesson in that. 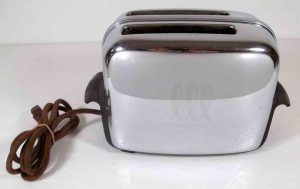 “We’re at this incredible period of transformation,” Majoros says – by which he means GM’s doubling-down on the Appliance Ethos by “transforming” every car it makes into an electrical appliance.

The Malibu being the very last of them, if you don’t count Camaro and Corvette – and Camaro’s on the way out, too. That leaves the automatic-only Corvette, which no longer even looks a Corvette, on top of that. It is a formidable, disposable appliance. It will never conjure the memories aroused by the sight of a ’63 split window coupe. Or, for that matter, by the sight of a ’66 Impala or a ’57 Nomad wagon.

GM is like an old man in a nursing home, looking through a photo album of memories – of better times. The difference being the old man wishes he could go back while GM seems to think it can make people forget about the present by reminding them of what used to be.