How much crack, exactly, has GM been smoking?

Last week, it was announced that the much-anticipated 2011 Volt electric car will be arriving at Chevy dealers this fall – and that it will have a starting sticker price of $41,000.

That’s (roughly) in the same ballpark as a current-year BMW 5-Series or Mercedes E-Class sedan.

And wasn’t that the whole point?

I mean, the object of the exercise was – allegedly – to build a car that burns a lot less gas … in order to save money.

If cost isn’t a factor, then why not just give every American a $100,000 federal voucher for a new Tesla electric car?

At least the Tesla is fast and looks sexy, too.

The Volt’s just another boring family sedan in the Camry-Malibu mold – only it costs twice as much.

So, what’s the logic here?

If it costs as much as a luxury car, middle class people won’t buy it – not because it’s easy on gas, at any rate. Maybe they’ll buy a $41k truck or SUV or sports car. Because those types of vehicles offer capability or performance or style… or something.

But spending $41k on a car because it’s easy on gas kind of defeats the purpose (that is, saving money), doesn’t it?

Oh, yeah – the global warming thing. Come on. If GM thinks the underwater-mortgaged, rightly freaked-out middle and working class is going to buy a $41k car to save the planet (assuming the Volt does indeed do that, which it doesn’t, either) then truly, what’s in that pipe that they’re smoking?

Well, maybe someone has been thinking about them, at least. Because GM is trying to make the Volt look like a better deal than it obviously isn’t.

The automaker is talking up a lease deal that’s been put on the table: Just 36 easy payments of $349 per month! Compared to the average (according to GM) $450 per month lease payment for a standard car, that’s a sweet deal, especially when you factor in the Volt’s lower operating costs due to its virtual non-use of gasoline. (The Volt is driven entirely by electric motors and batteries, with a small onboard gasoline engine providing back-up juice to the battery pack.)

But hold on. There’s more to it than that.

First, there’s the pesky $2,500 up-front payment the lease terms require. If you fold that into the lease cost – which GM doesn’t in the press release but bet your bippie the lease manager will – the total cost of the lease jumps to about $420 per month.

And you only get the car for three years. After which, you’re out about $15k and no longer have the car. If you sign up for a new lease – or buy the car (assuming GM allows this) then you’d have to factor in the additional (many) thousands of dollars that would involve.

Roughly ten percent of the work force isn’t working (closer to 20 percent, if you go by the way they used to do the accounting). The working and middle classes – ostensibly, the people who care about saving money – are rightly scared white about buying into new debt of any kind … and GM wants to rent them a $420-per-month electric car because … it’s good on gas?

Meanwhile, a 2011 Ford Fiesta – built by a privately-owned concern not affiliated with Obama Motors – is selling a 40 mpg Fiesta for $13,320. Not renting it to you for three years, mind you.

They’re selling the whole car for $13k. You get to keep it and everything!

Not only will your monthly payment be a helluva lot less than $420 (around $250 over five years, assuming you’ve got decent credit) but at the end of the five years, you own the thing. That’s money in your pocket. You have a “free” car (or at least, no monthly car payment) for the next several years, or as long as you keep the thing and for as long as it’s still running reliably – which, given the long legs of almost any modern car, can easily be 10-15 years or more.

Amortize that $13k for the Fiesta (or $10k for a Nissan Versa or any one of a dozen or more medium-small sedans that can get 40-ish mpg and which cost less than $15k) over a useful life of say 10-12 years and see what your monthly nut turns out to be vs. renting a $420 per month Volt for three years.

Let me save you some time with the calculator. Assume a total cost of $16k – the $13k for the car plus interest costs over five years for the loan. Own the car for 12 years. Your cost: About $1,300 annually; or about $108 bucks a month. That’s assuming the car’s not worth anything after 12 years, too – which probably won’t be the case if it’s still running decently (which with proper car it likely will be). Which means it’ll still be worth something, even after 12 years. Maybe not much – but probably at least $1,000 or so.

Maybe your teenage kid will want it.

Meanwhile, at the end of the three-year Volt lease, you’ve got . . . bupkis. No car, no equity in the car – and you’ll be $15k lighter in the loafers. GM hopes you will sign up for another $420 per month payment plan, in proper American Consumer fashion.

But isn’t that how America got into the spot its currently in?

This has been tried before, too – back in the ’90s – when GM leased the EV1 for about the same coin. It didn’t work out so good then, either – despite a booming economy and 3-4 percent unemployment.

That’s what makes this whole thing such a pisser.

By what bizarro logic does GM think the same basic concept – a luxury-priced electric car – will appeal to other than a relative handful of affluent buyers eager to flaunt how “green” they are? And if only a handful of such people buy this green lemon, how does that save fuel, or the planet?

Affluent buyers esteem Porsches and are willing to pay exotic money for them because a Porsche delivers exotic high-performance acceleration and handling. But the Volt just delivers an exotic price tag in return for high fuel-efficiency to buyers who by definition are in a position to not have to worry much about the cost of fuel.

Porsche also doesn’t need federal subsidies to move its inventory. GM does. To the tune of $7,500 in tax breaks per car. (Bankrupt state governments are also offering their own “incentives,” though how they’ll pay for them no one seems to know.)

GM says it expects to sell (that is, rent) 10,000 Volt the first year out. There may be just about that many eggheads in Hollywood and DC to fill that quota, too.

Your tax dollars at work. 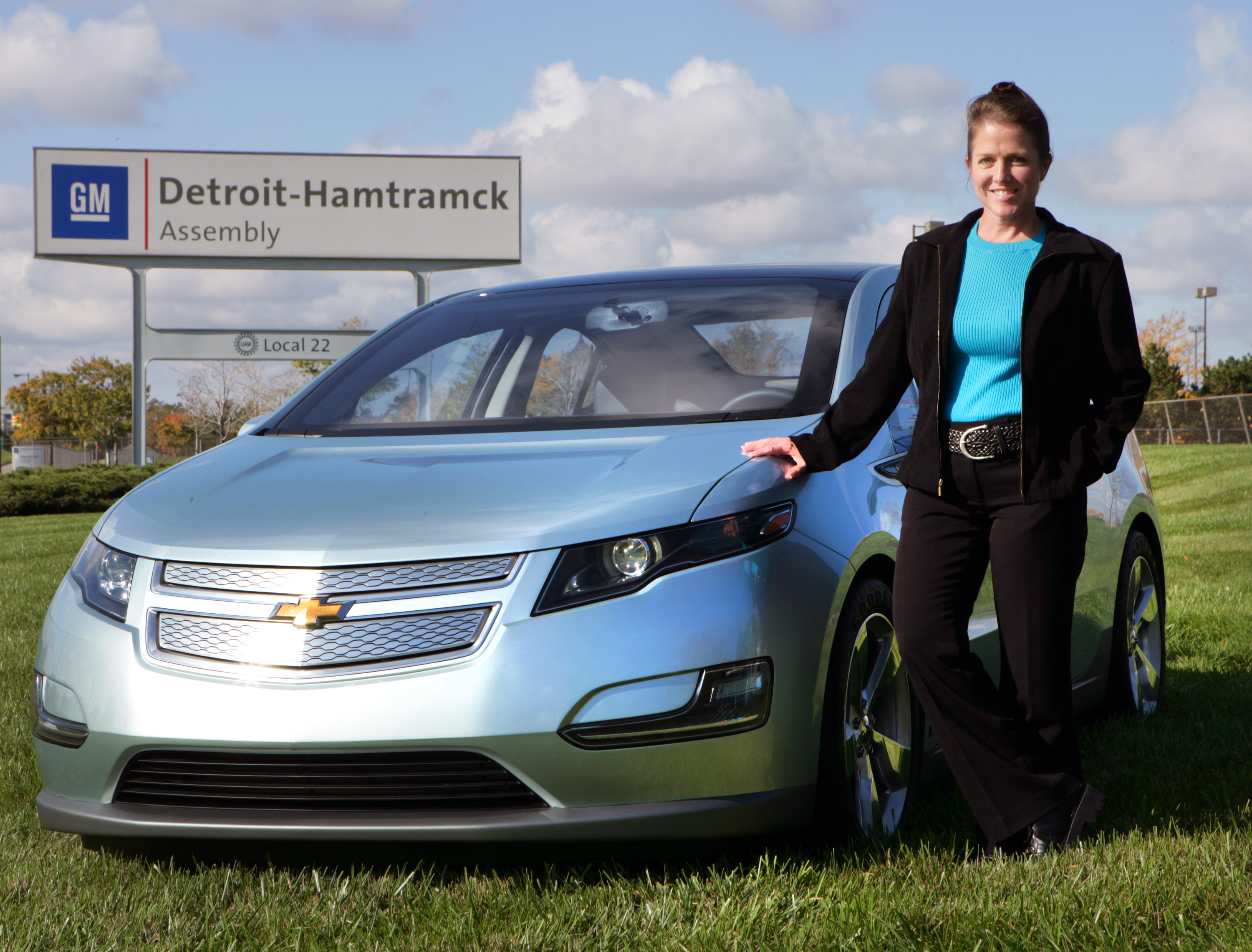 The Most Important Thing in the World . . .