Gas prices seem to have stabilized – at least temporarily – at the New Normal of about $2.70 per gallon for regular unleaded.

* There was less traffic out there –

If you could still afford to drive, the drive itself was less aggravating than it was when gas cost under $2 per gallon because there were suddenly far fewer cars on the road.

Traffic decreased noticeably across the board, nationwide, on both highways and secondary roads as people throttled back on their day-tripping, carpooled – or just stayed home. There was a welcome pause in what had been a relentless annual uptick in the total number of cars on the roads as well as the annual mileage racked up by these cars.

Driving almost anywhere when gas was $2 per or less was becoming a real hassle; at $4 per gallon we may be driving less – but we might be able to actually drive again  – instead of staring at the bumper of a minivan with soccer ball stickers all over it as we bump and grind along at 15-25 mph.

* The argument for telecommuting got stronger –

There are many jobs that do not require the worker’s physical presence at a traditional office. However, most employers have been reluctant to allow workers who could work from home to actually work from home.

Part of this is just the inertia of tradition – “people have always come to an office” – and part of it is the control freak condescension of employers who suspect that workers won’t work if they aren’t stuck in a cubicle and being watched all day long.

However, studies of telecommuting find that productivity actually increases when workers don’t have to waste an hour or two stuck in traffic just getting to work. Eliminating the commute can also be a huge financial incentive for both employer and employee. It amounts to a raise – in the form of savings on gas as well as vehicle wear and tear – that goes right into the employee’s pocket but doesn’t cost the employer a cent.

That’s a win-win for everyone.

* It’s a great excuse to buy/ride a motorcycle –

If you have a bike – and a wife – odds are your wife doesn’t much like the bike. But when gas is $4 per gallon, you can point out to the wife how much money you’re saving by riding instead of driving. Even the biggest cruiser bike (or fastest crotch rocket) can usually deliver at least 35 mpg – which is as good or better fuel economy than a subcompact economy car. Smaller bikes routinely deliver 50-60 mpg or more – which easily outperforms any hybrid car.

Just switching from a car that gets 20 mpg on average to a bike that gets double that reduces your monthly fuel bill by half.

It’s hard to argue with that.

A small group of cheeseheads have succeeded in more or less shutting down the expansion of the nuclear power grid in this country. No new plants have been built since the 1970s – even though it’s a fact that not one person has ever been killed by radioactive leakage/exposure in the entire history of US nuclear power. On the other hand, thousands have been killed (and many more maimed and crippled for life) by coal mining – which currently provides the bulk of U.S. electricity.

But the US is not Russia – and an American nuclear power plant is not Chernobyl. Designed with the proper safeguards, which we have – and have had for decades – nuclear power is not just clean and efficient, it is safe. Safer, in fact, than any other source of power generation we currently have access to or can expect to have for the foreseeable future.

If gas prices (and with them, energy prices) soar again, maybe we’ll take another look at nukes for juice.

Due to the stupidity of our government and its bureaucratic rigmarole – along with inferior quality diesel fuel – the US consumer has been denied 40 mpg high-performance diesel sedans* from BMW and Mercedes – as well as 70 mpg small cars from VW and others that handily beat the at-the-pump performance of the best hybrid cars without costly and complex hybrid vehicle technology. That is changing – finally. The US now has low-sulfur diesel fuel – and the legal/regulatory situation (emissions control issues, mostly) has been addressed by dint of the fuel issue having been taken care of.

* Decent small cars are back –

Models like the ’11 Ford Fiesta (41 mpg on the highway) and the ’11 Mazda2 are just the beginning. Americans will soon be able to choose from a dozen or more 40 MPG-capable little cars that aren’t pieces d’ sheet – as such cars have almost without exception been in this country for as long as there have been cars.

Thank $4 per gallon fuel for putting the pressure on! 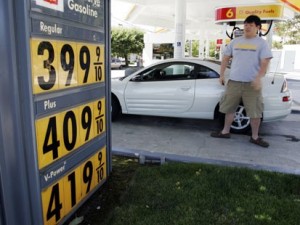 Reader Question: Getting Away From Big Tech Stooges?