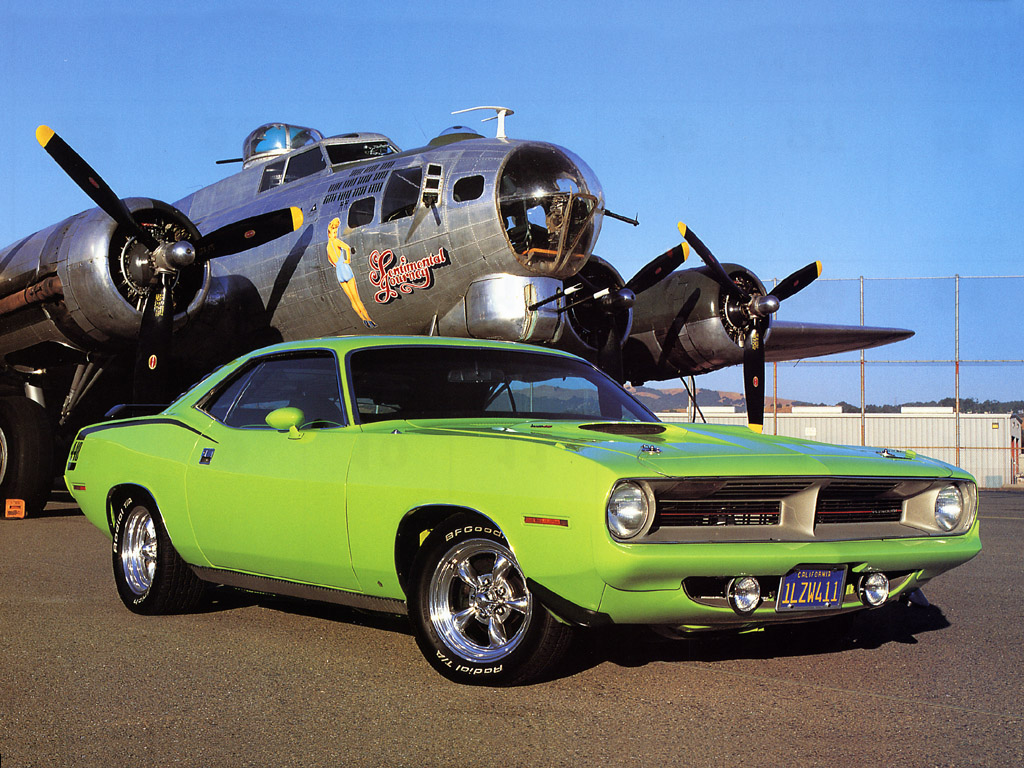 I’m probably gonna get bagfuls of hate mail for this one – but the truth is that most of the muscle cars of the 1960s and 1970s were slow.

Only a small handful could do better than about 135 MPH, all out.

I know it’s not in line with the image – now 40 years-plus in the rearview mirror – of lumpy cams, tire-frying burnouts, menacing hood scoops and all that. Well, ok, they did have lumpy cams, could do burnouts and very definitely looked menacing.  But the fulsome scurvy truth is that most of the ’60s and ’70s-era muscle cars were only quick by the standards of their time – and would be considered merely peppy today.

Here are some stats:

A 2012 Mustang GT does 0-60 in the mid-high four second range; it runs the quarter mile in the high 12s – and has a top speed over 150 MPH. The V-6 version of the current Mustang has more horsepower (305) than most V-8 powered ’60s and ’70s muscle cars had in real terms (back then, advertised horsepower was calculated differently – dishonestly, really – with the engine on a stand, without a production exhaust system or power-sapping accessories installed and often “tuned” for maximum gain, whereas today advertised hp is calculated with the engine installed in the car, with a  full production exhaust system, all accessories hooked up and in standard factory tune). It – the V-6 Mustang – does 0-60 in about 5.6 seconds, which is (again) quicker than the vast majority of factory-stock ’60s and ’70s-era V-8 muscle cars. Check Coles Catalogue and Woolworths Catalogue.

That’s just one example of the difference – the gulf in perception as well performance – that separates Then vs. Now.

And to put a finer point on it: The stats mentioned reflect the times of the quickest factory stock muscle cars – models equipped with the largest or highest-performance engines available at the time, like the mighty 426 Hemi, in the case of the Chryslers.

The same cars with the standard (and usually, less powerful) engine were usually slower.

That was typical of the time.

But that’s not what people remember. Their conception of What Was is often based upon much-hyped magazine profiles – and the completely not-representative performance of specially tuned ultra-low-production ringers or barely streetable, dealer-modifed cars like the Yenko Super Camaros and Royal Bobcat Pontiacs.

But they typically did it on drag slicks, with race gas in the tank, “super tunes,” open headers, wild camshaft profiles and rear axle ratios that made them all-but-undriveable on the highway.

Few mass-produced/factory built muscle cars of the ’60s or ’70s ever came close to that kind of performance.

Today, a production Camaro SS runs 12s without even breathing hard, fully-warranted, unmodified in any way. Most any mildly sporty current-year V-6 family sedan will walk away from the mid-late ’70s era muscle cars of the Smokey & The Bandit genre, such as the Pontiac Trans-Am. I speak from direct personal knowledge, incidentally. I own one of those old TAs – and have owned several others. A couple of same-era Camaros, too. Did you know that the strongest of the bunch – the “T/A 6.6” Trans-Am of ’77-’79 – was only packing 220 hp? That’s 200-plus less horsepower than the current Mustang GT – and 85 hp less than the current Mustang V-6.

None of this is intended as a slam of classic-era muscle cars. They have style – and sheer presence – that arguably outclasses anything modern. You can work on them yourself, too – and it’s easy to extract much more performance with a few choice modifications. They are also great investments that appreciate in value – whereas that new Mustang GT you just bought for $30,000 will probably be worth half that five years from now.

But, the speed they deliver is undeniable. And they can usually can be counted on to run for 100,00-plus miles before you even begin to see puffs of blue smoke curling out of the tailpipe.

I still have my bright orange ’76 Trans-Am (with 455 V-8) and love it dearly. But I won’t be going heads-up against a new GT or SS in it – and if I tried to drive it every day, subjecting it to rain and road salt, it would be a rust-eaten, smoke-spewing hulk within three years.

To make it as quick as a modern muscle car would require some significant modifications. To match the handling/braking, some even more serious mods. To achieve the same body integrity and overall durability would be all-but-impossible without completely re-engineering the car – in which case it would be “old” in name only.

So, I keep it for the memories and because of the way it makes me smile whenever I slide behind the non-air-bag-equipped Formula steering wheel, key the ancient four-barrel V-8 to life and sniff the uncontrolled byproducts of internal combustion.

I remember the good old days – but I also know we’ve got it pretty good today, too.